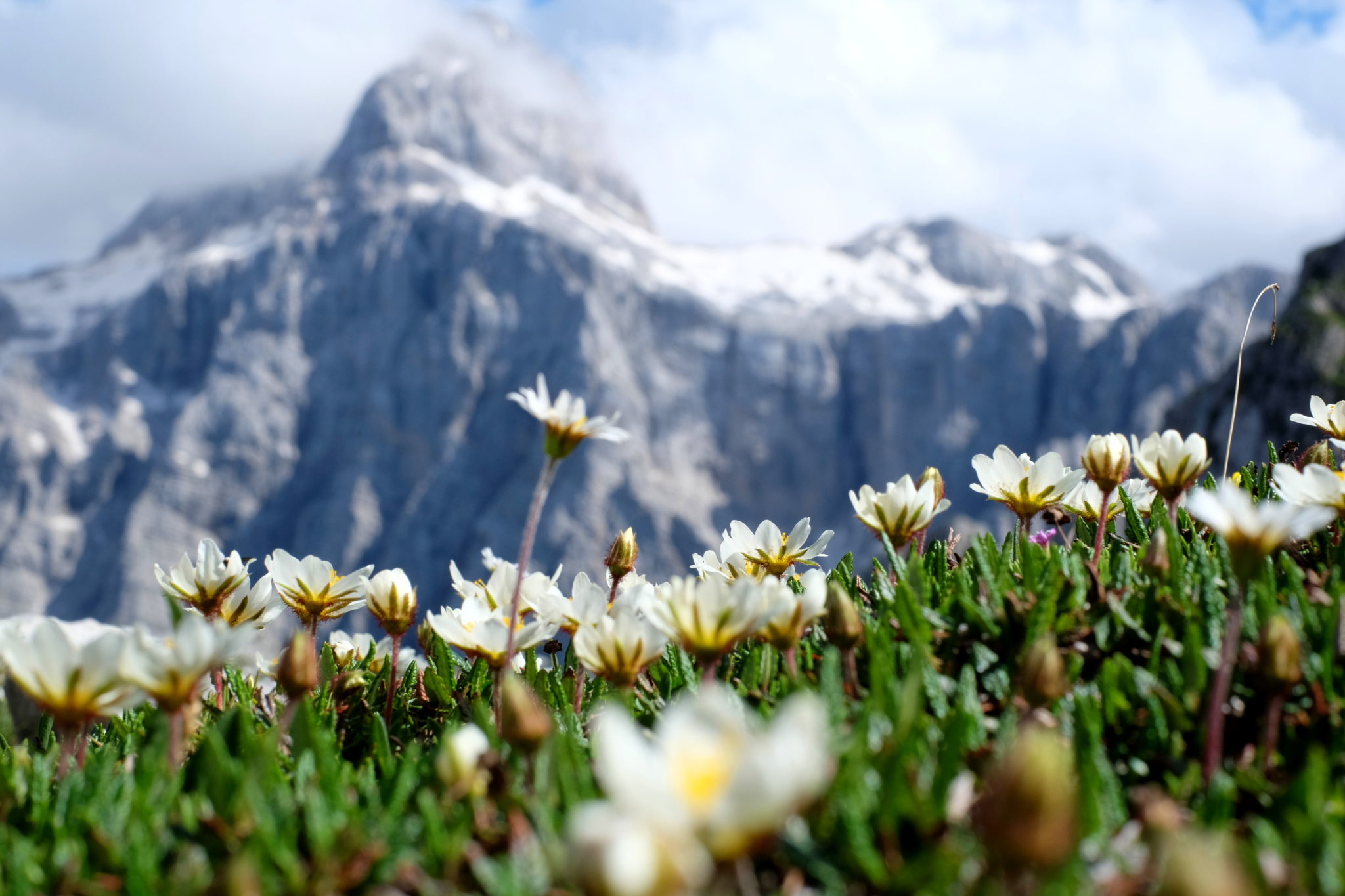 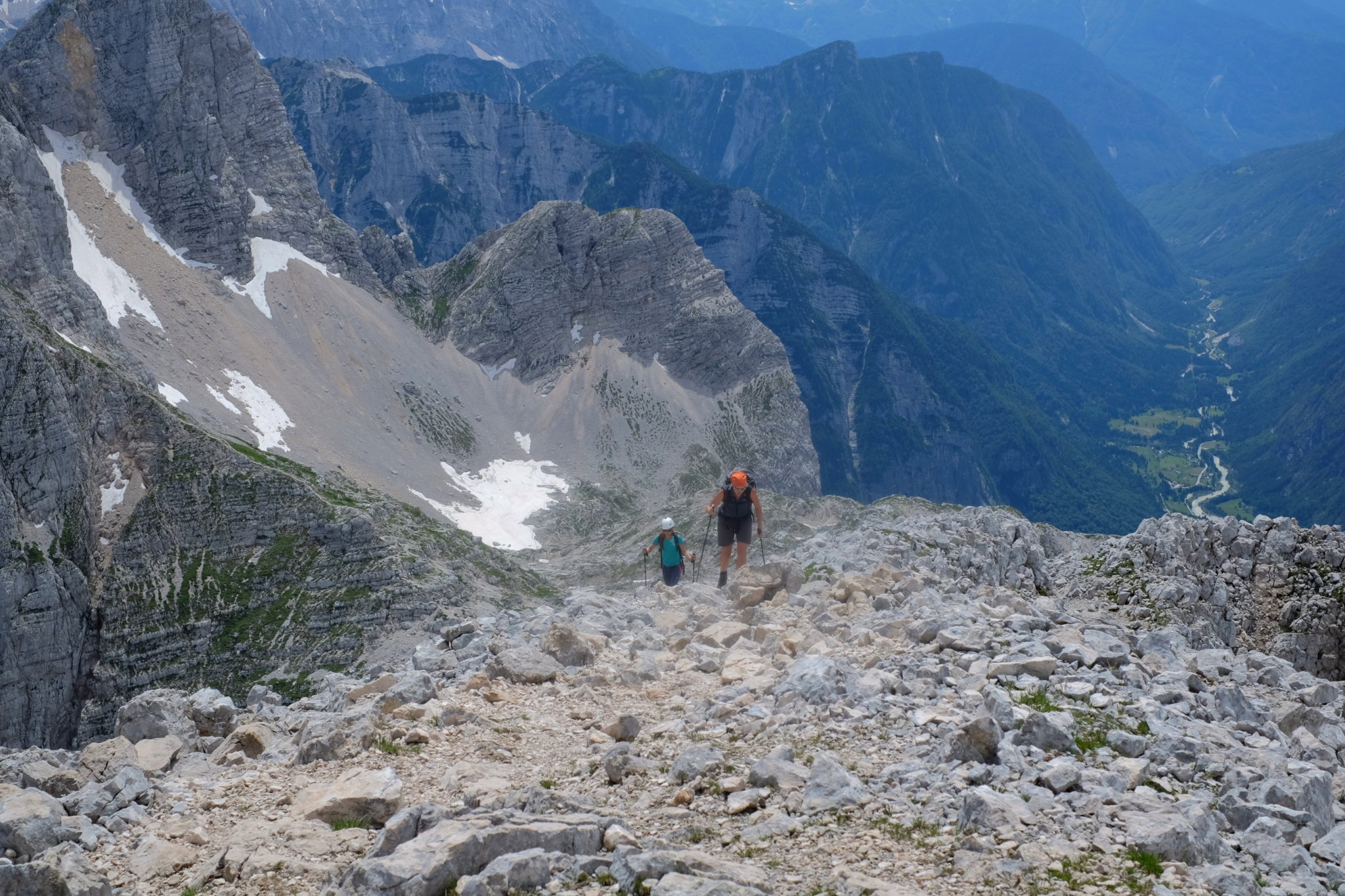 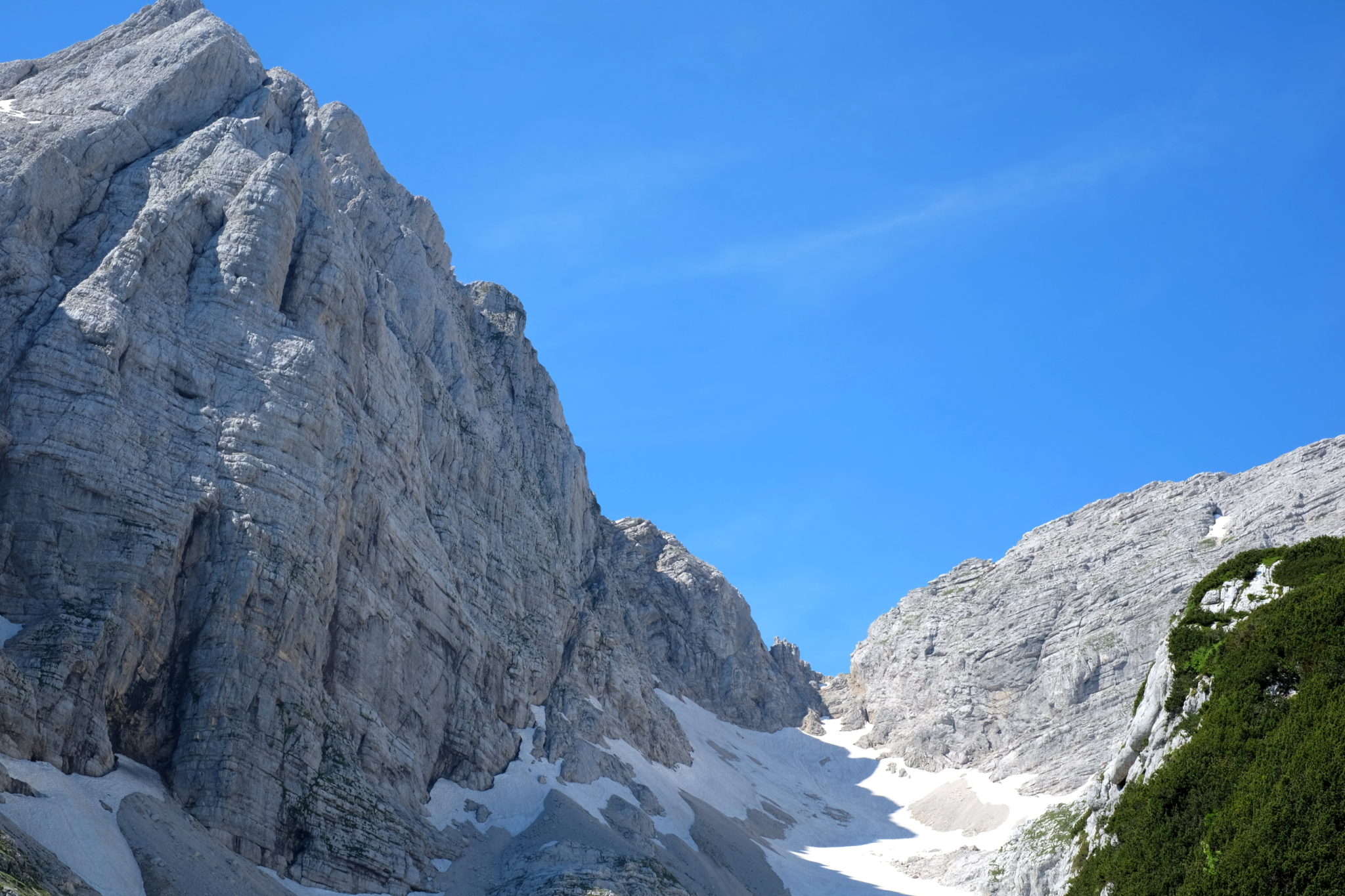 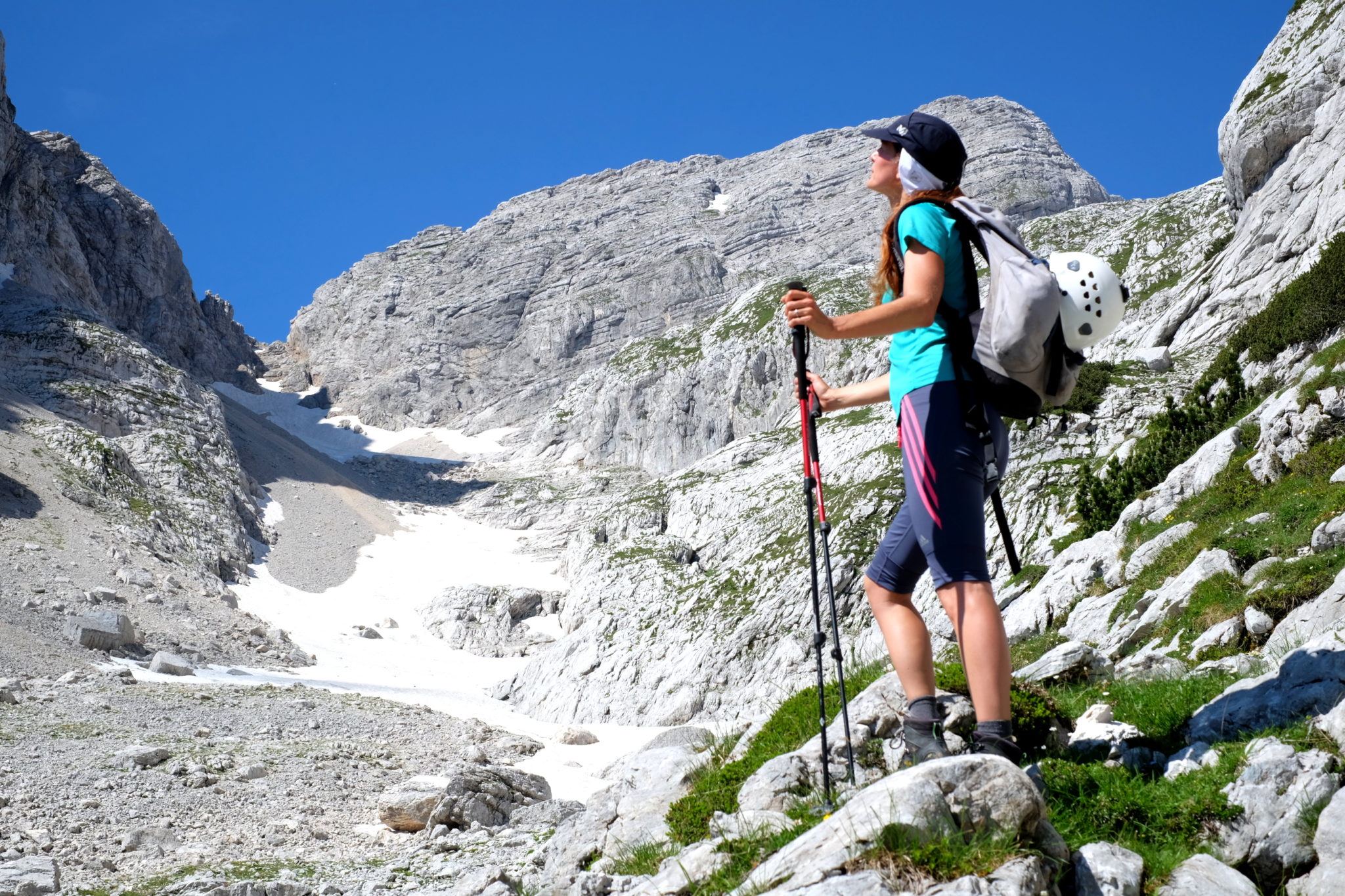 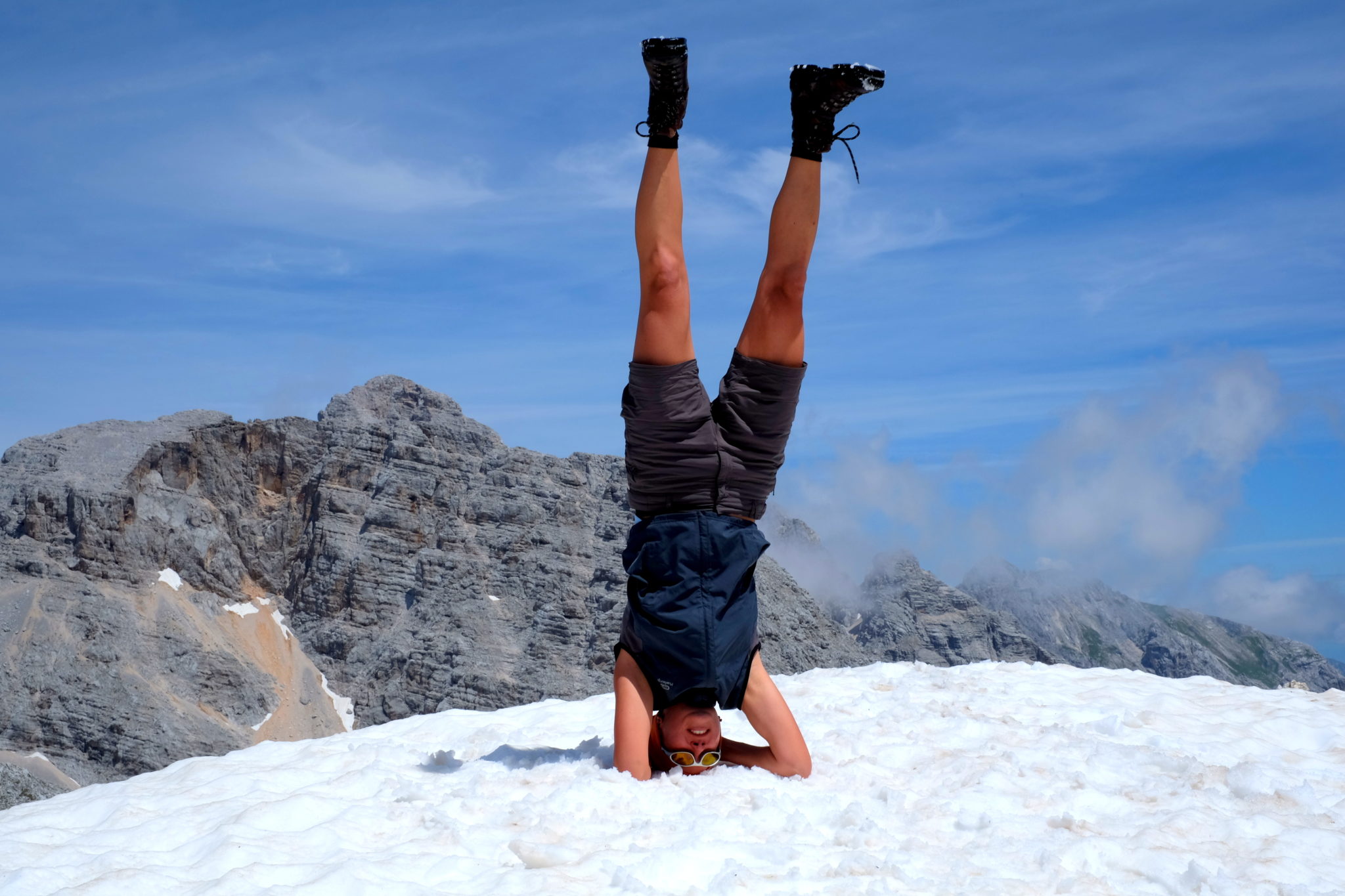 When we arrived at Bivouac IV, a small bivouac nestled in the midst of Stenar, Škrlatica, Dolkova Špica and other great mountains, two Czech hikers were already preparing their early lunch in a laid-back atmosphere. We joined them for a chat and snack. While we all communicated in a mix of the Czech-Slovene-English language and vigorous hand waving, it was their hiking boots that told half of their story. Completely worn out, the soles of one of the Czechs’ boots had apparently come off the previous day, but had already been sawn back on with spare laces. Since both had a big thing for Slovenian mountains, they had been to Triglav four times and Bivouac IV and that part of the Alps as many as six times! According to the Slovenian mantra, these two should have earned the premium citizenship to say the least. :) 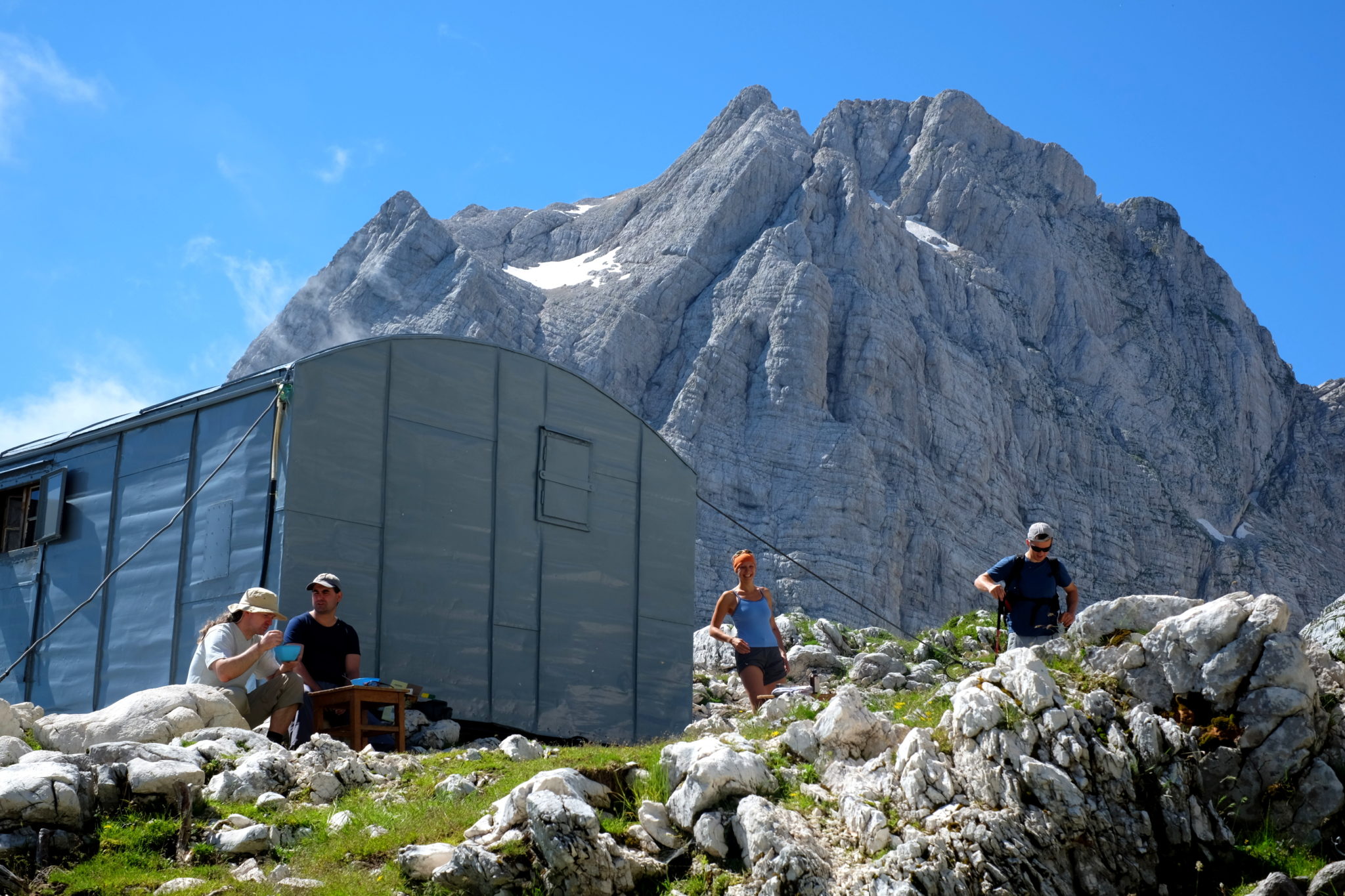 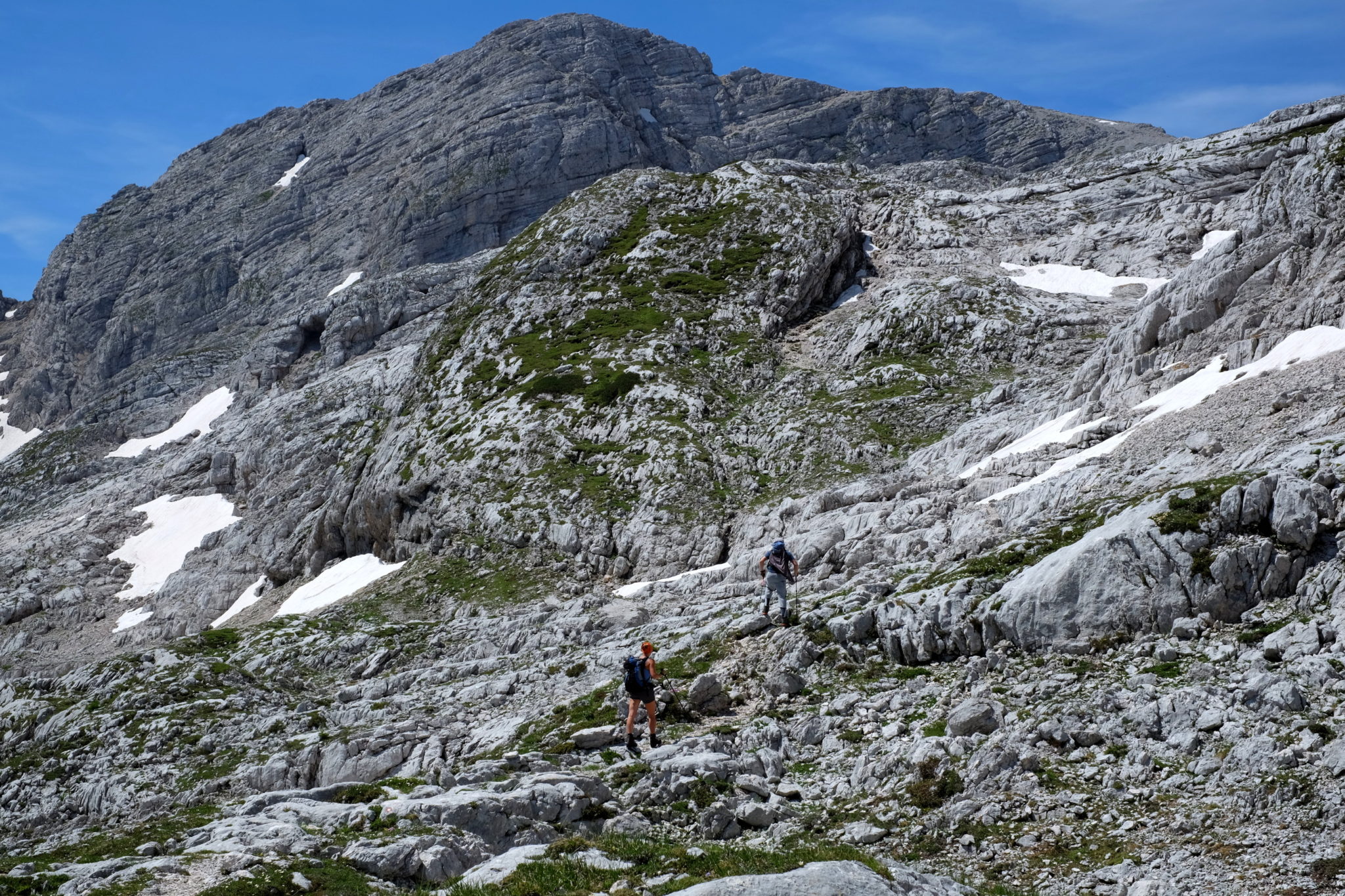 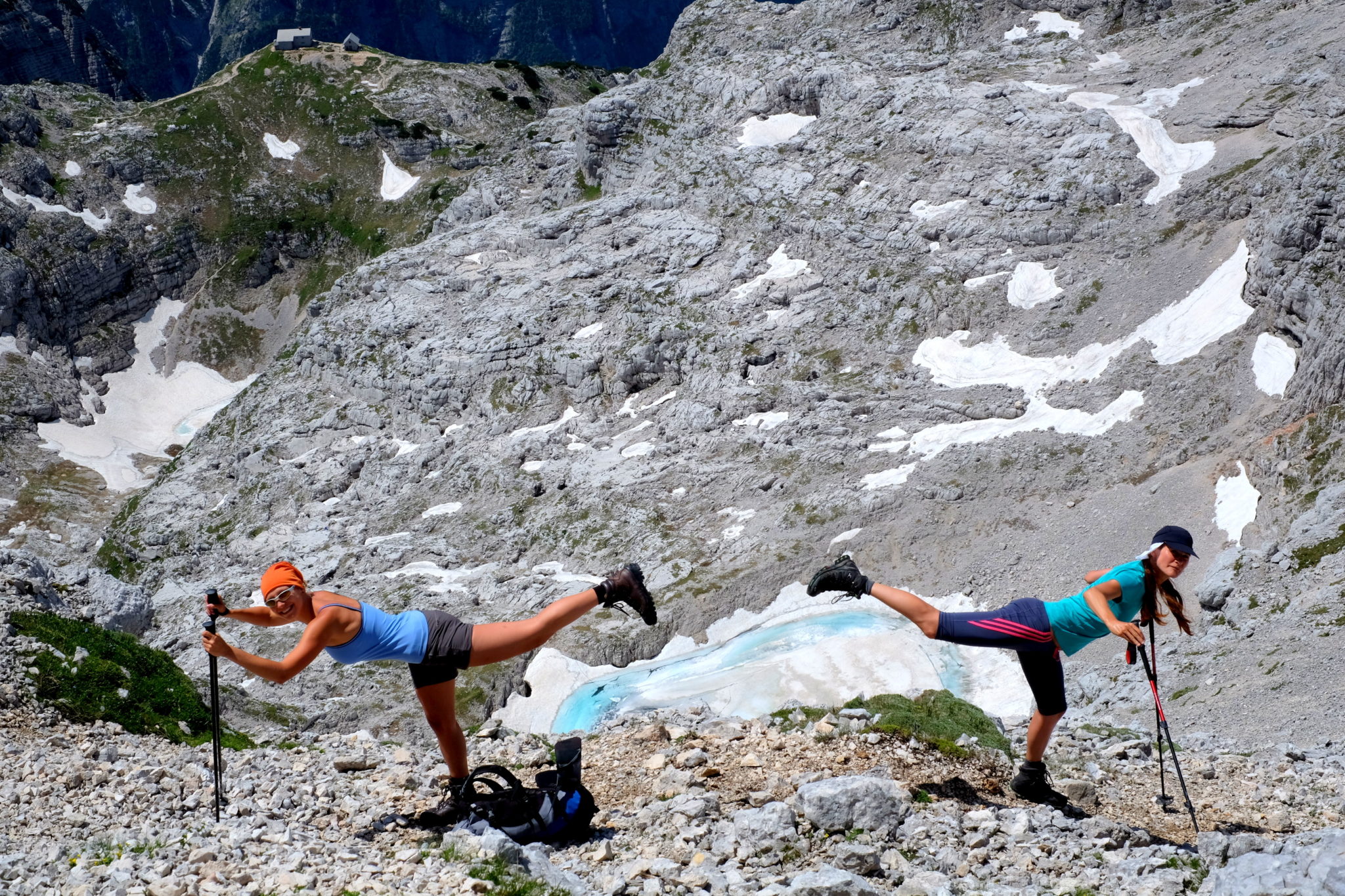 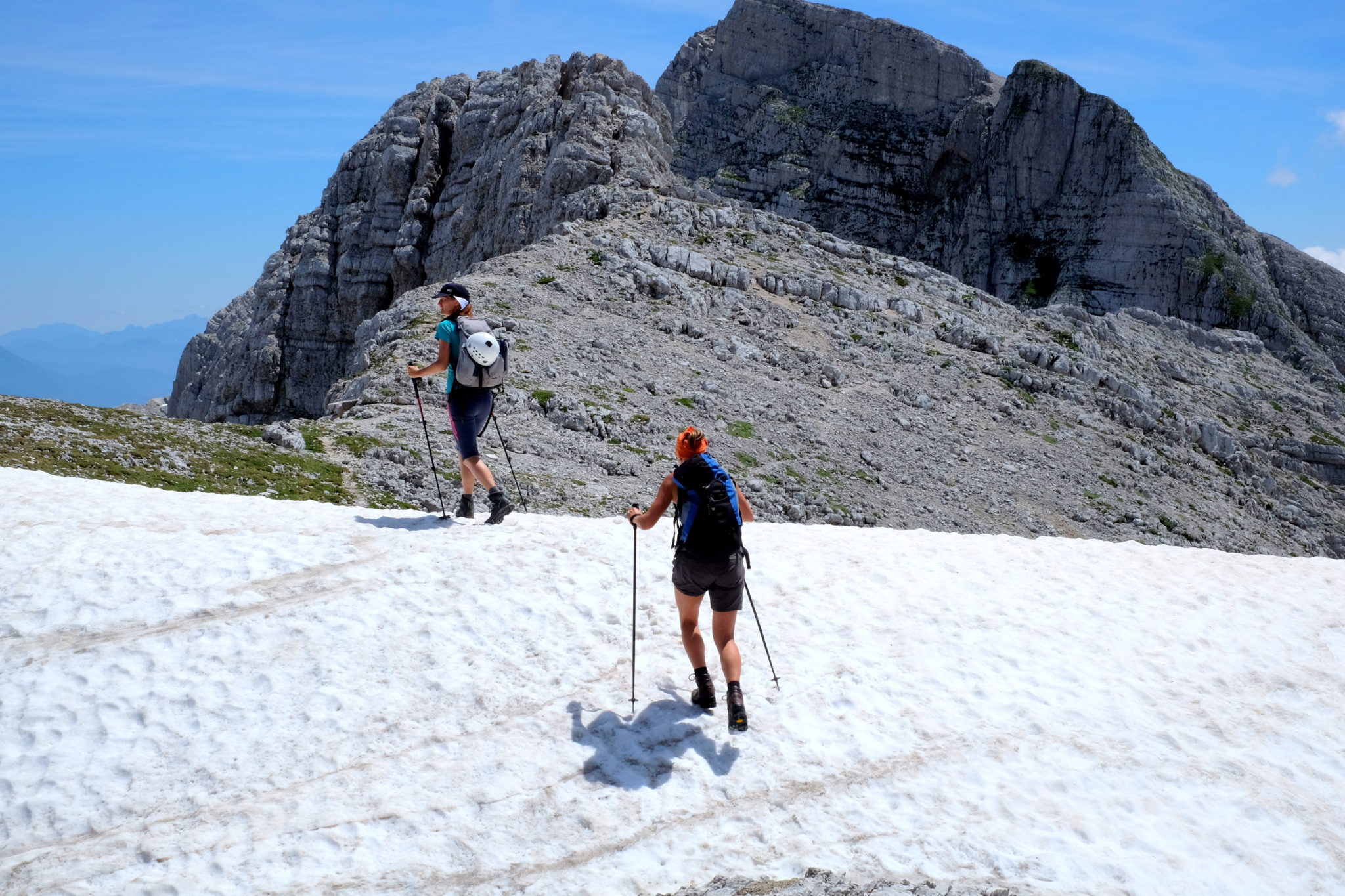 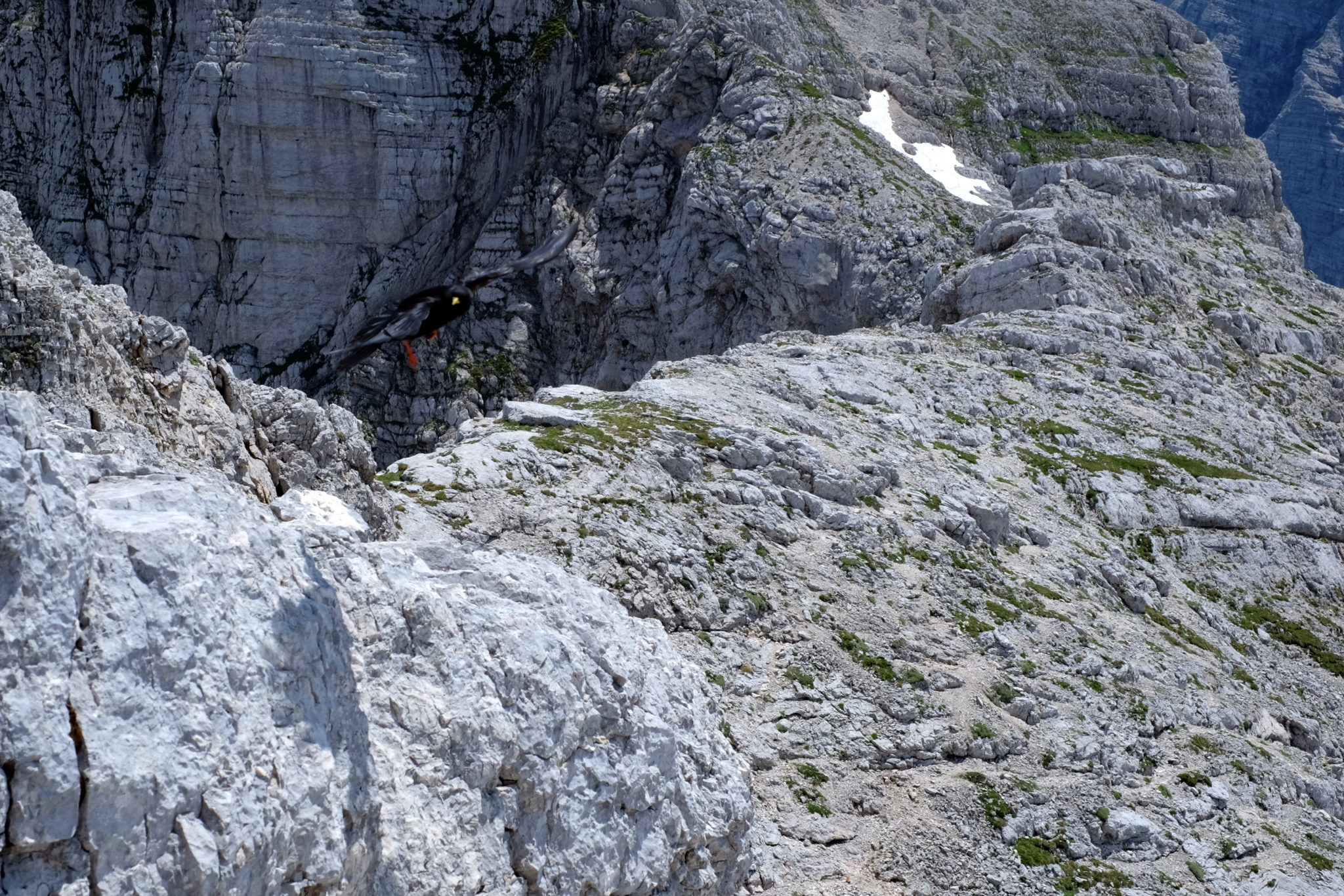 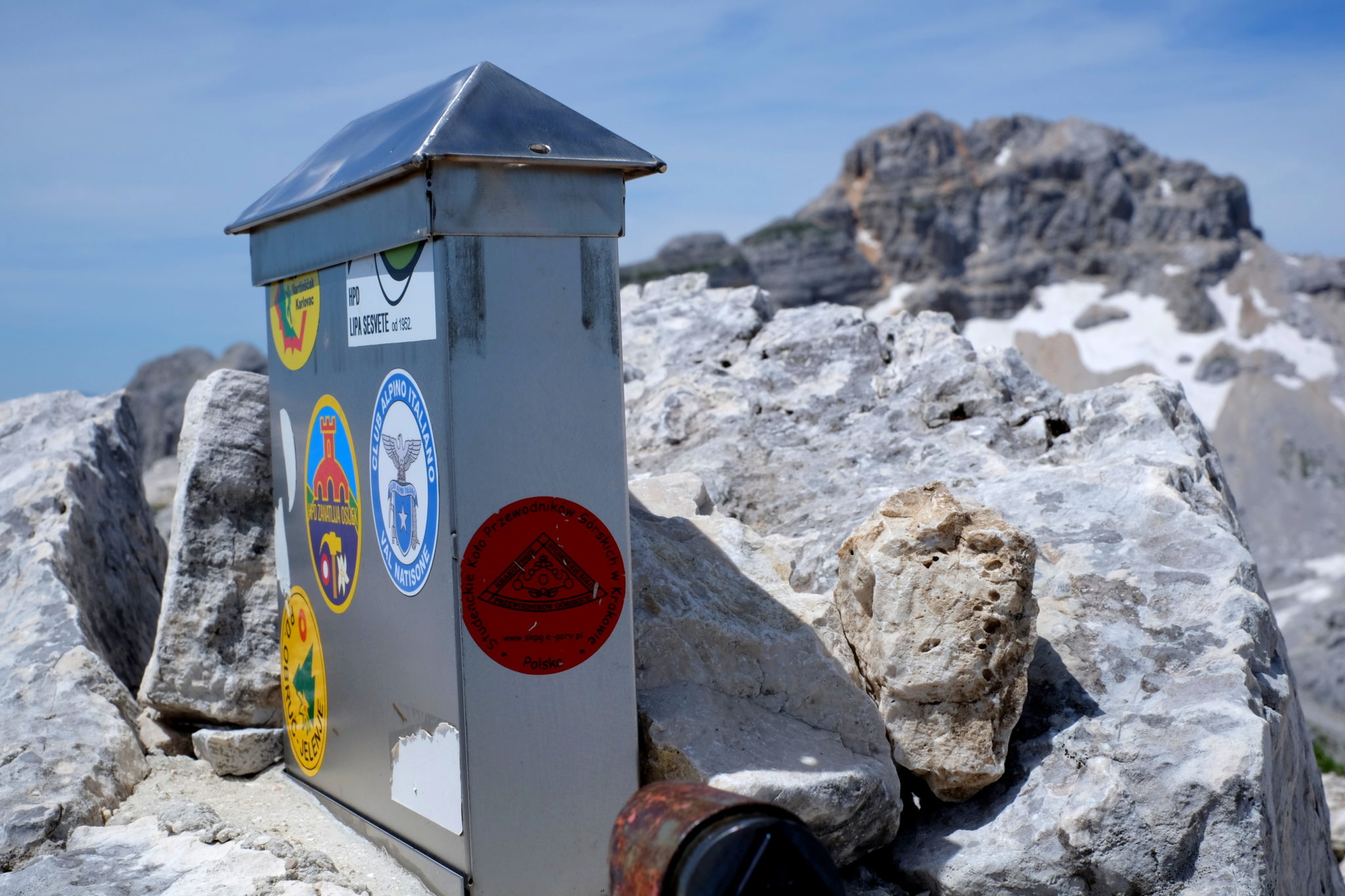 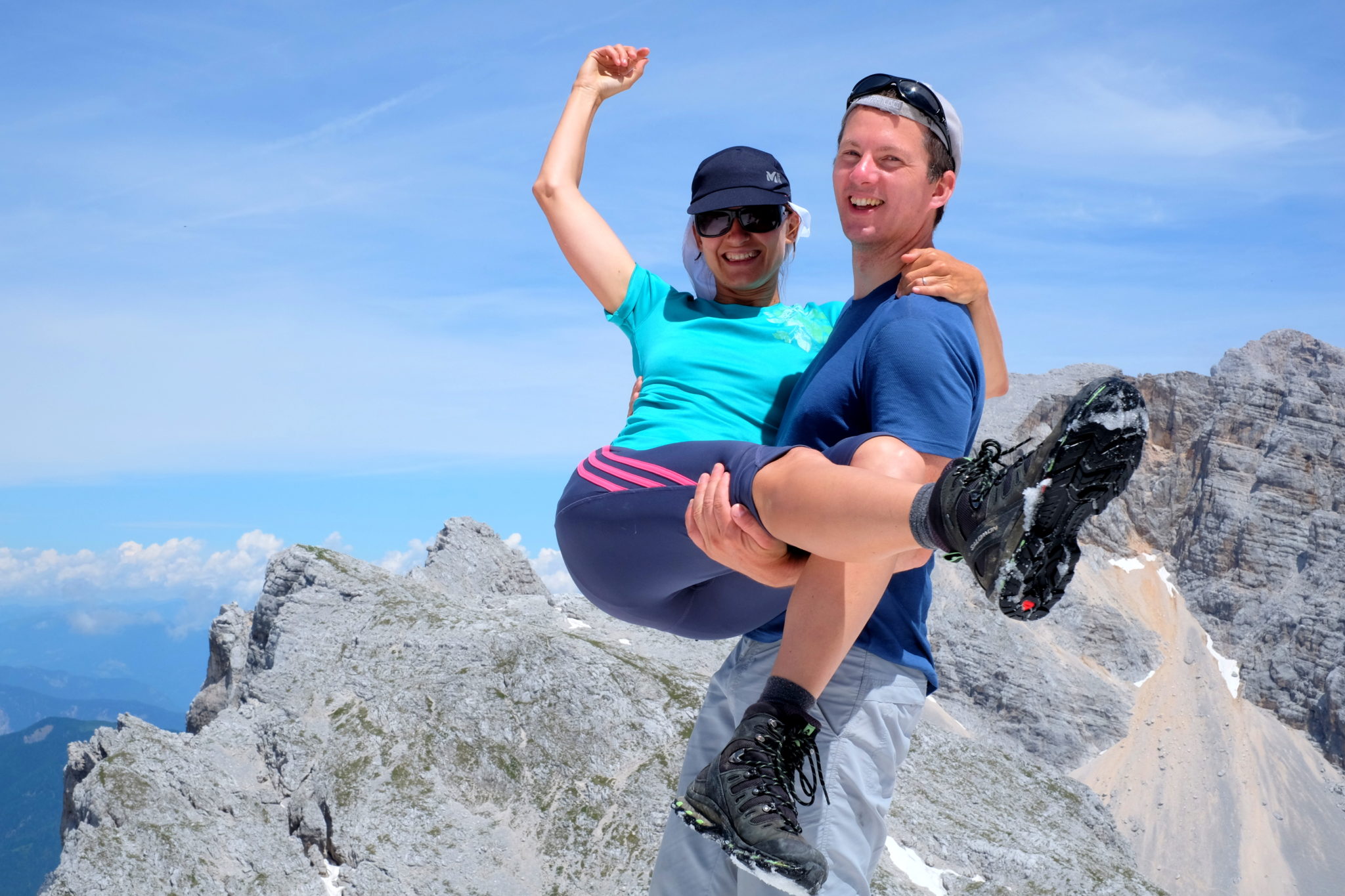 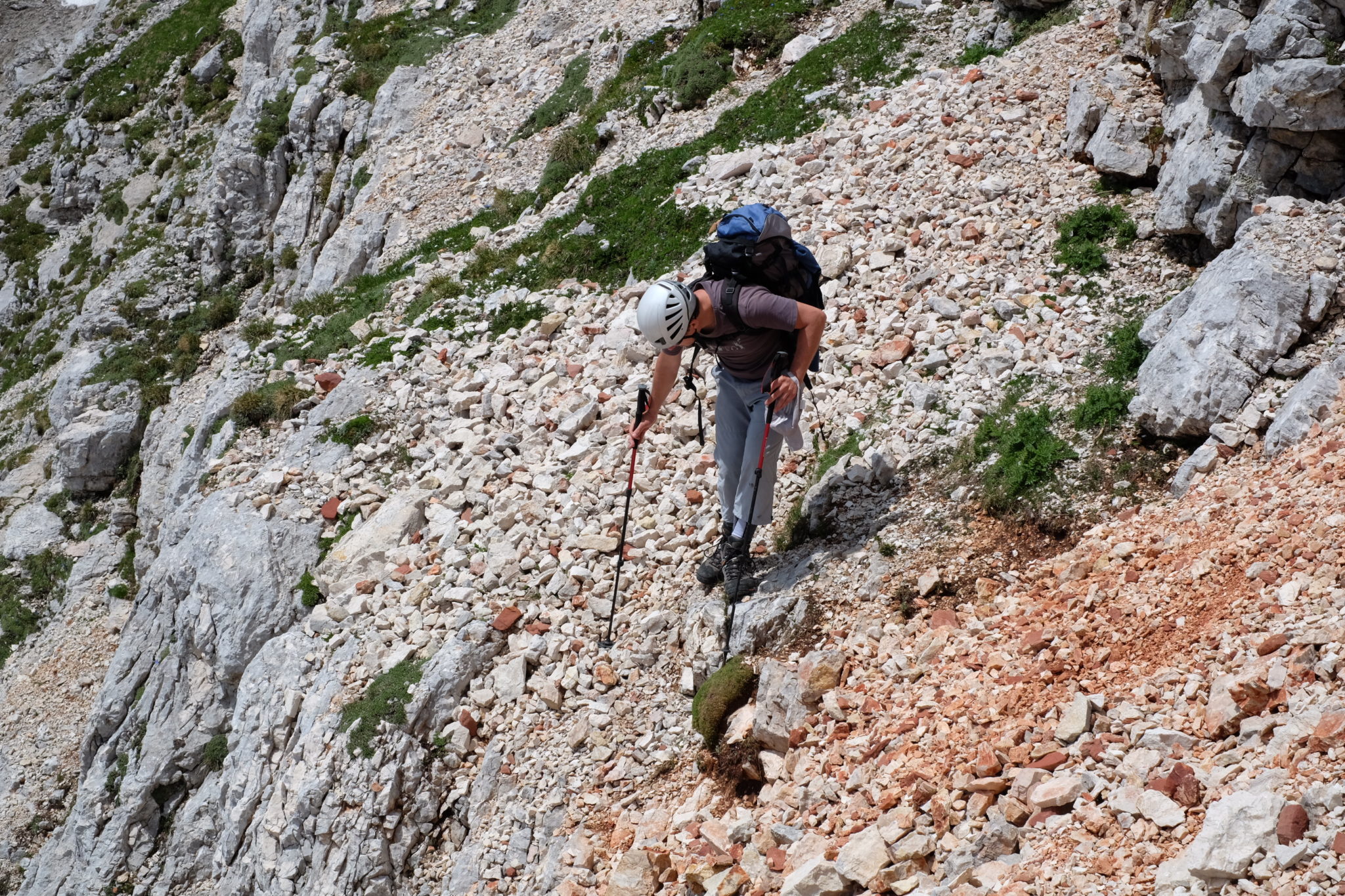 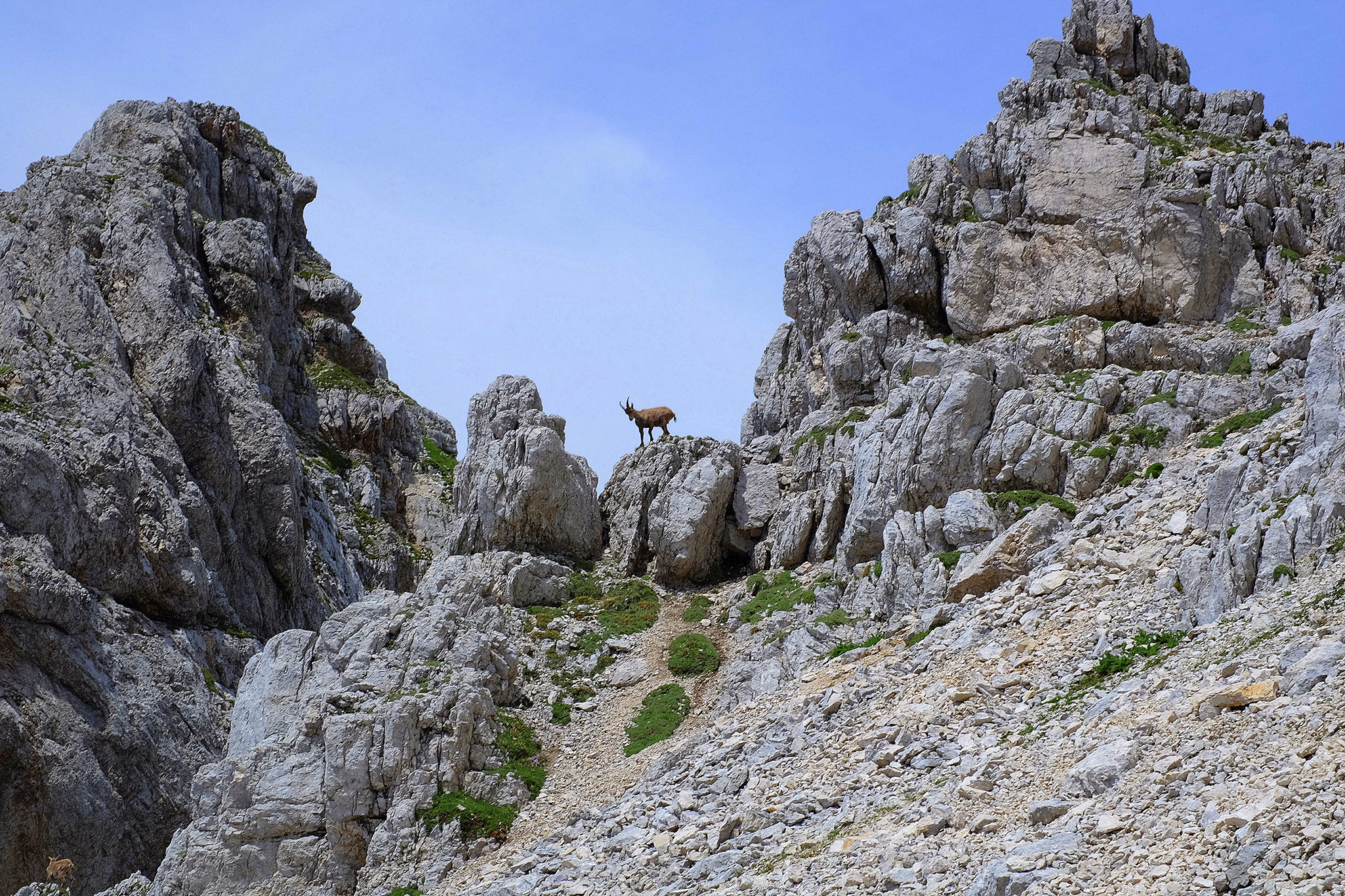 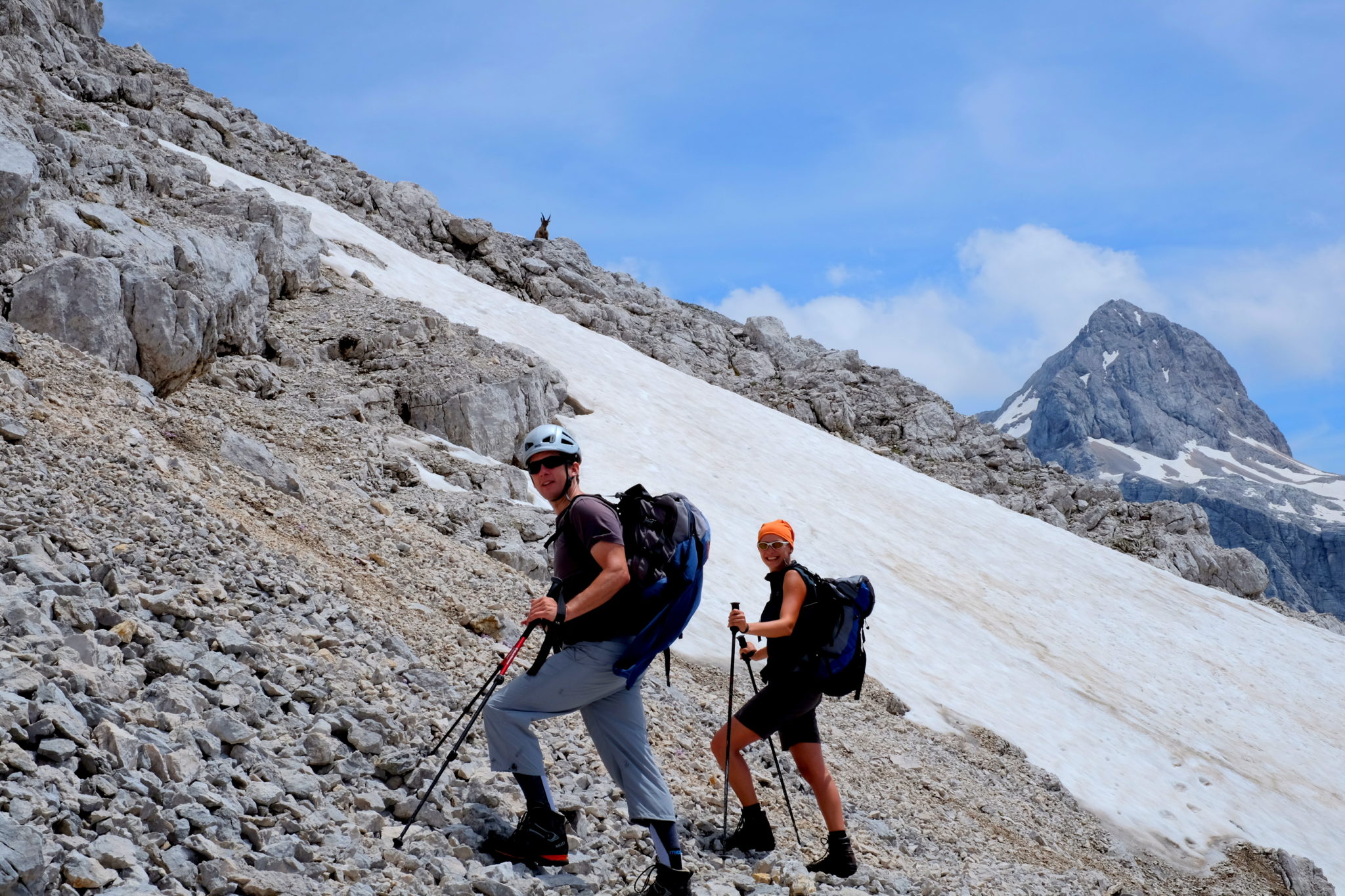 Another hour or so and at 2.30 pm we were proudly standing on our second peak of the day, Mt. Stenar. Knowing that the descent would take a while, we didn’t hesitate long at the top. I did take the time, though, to record this short time lapse of the play of the clouds over Triglav. Hey, did I mention that the view of Triglav and its north face from Stenar was just astounding?
https://youtu.be/EosvXgNfFsM
We picked up our pace, quickly descending towards the Sovatna slope, but then, somewhere in the middle of the way further down, we noticed a big Alpine ibex strolling around one of the very few green patches among the jagged rocks and cliffs speckled with pretty colorful little flowers. We approached him quietly, slowly crawling on our toes while watching him carelessly munch on soft grass. After a while, our furry friend decided it was time to move on, while we treated ourselves to a 20-minute snooze in a meadow of flowers before heading back down to real life. 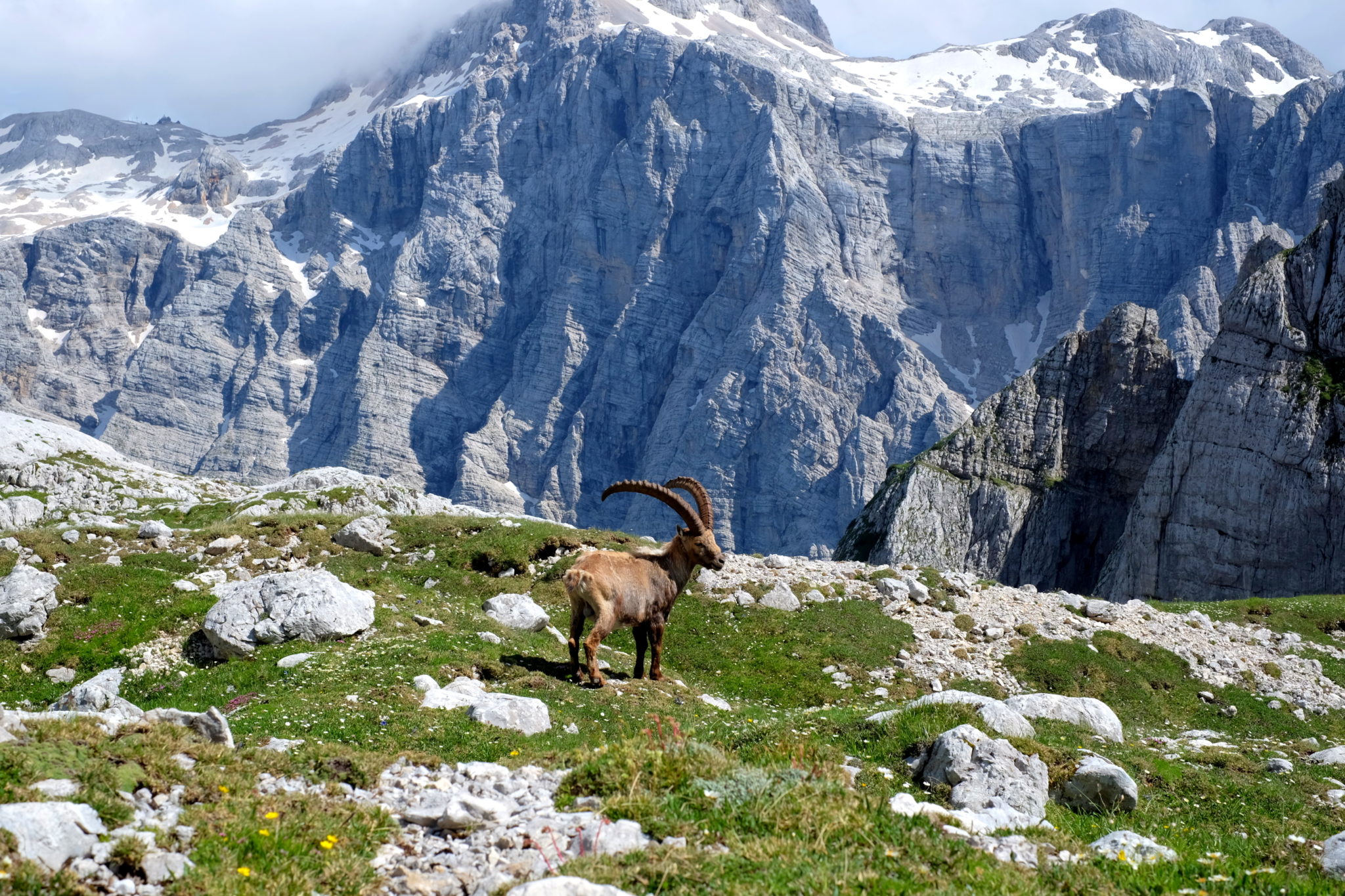 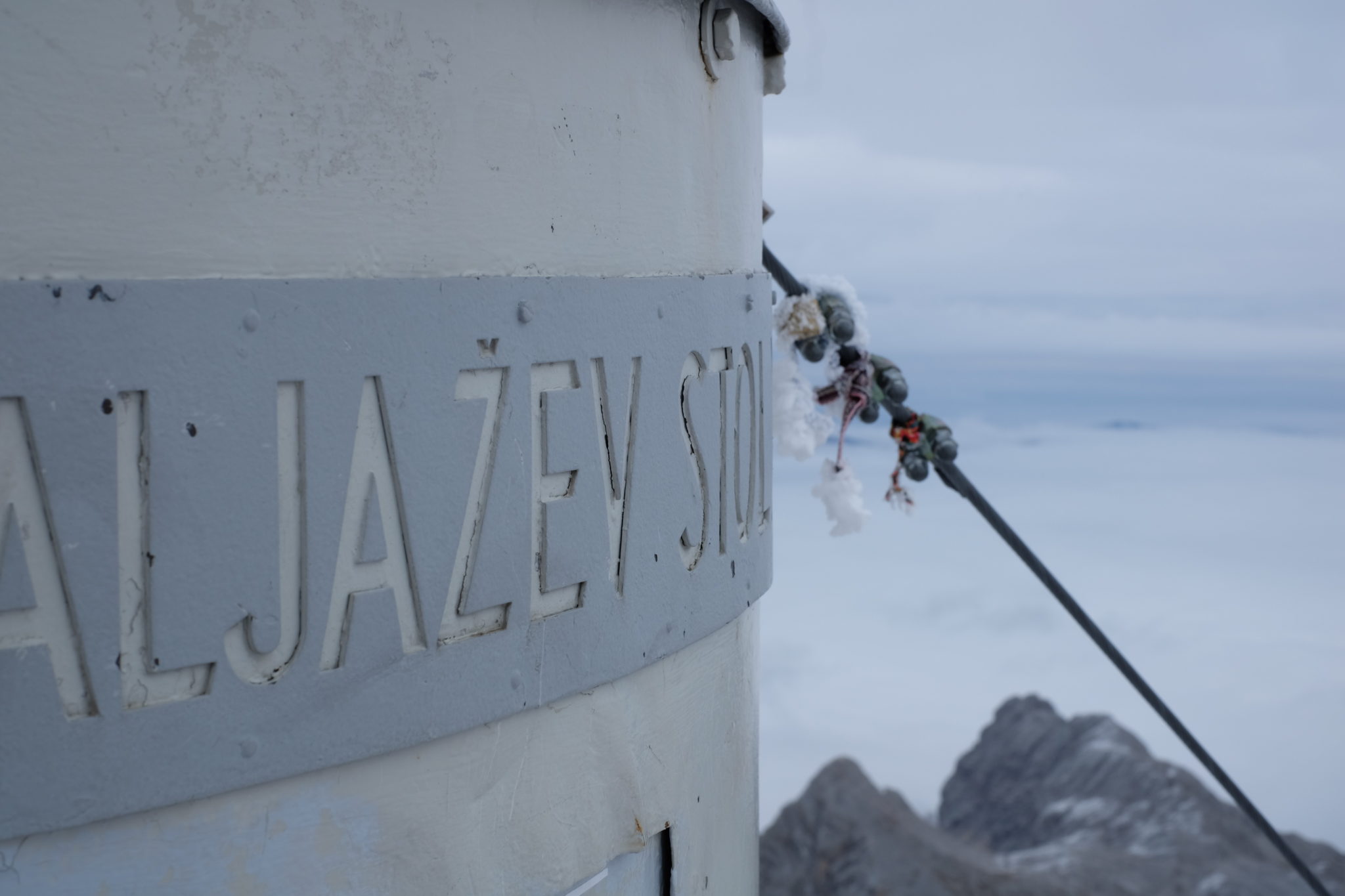