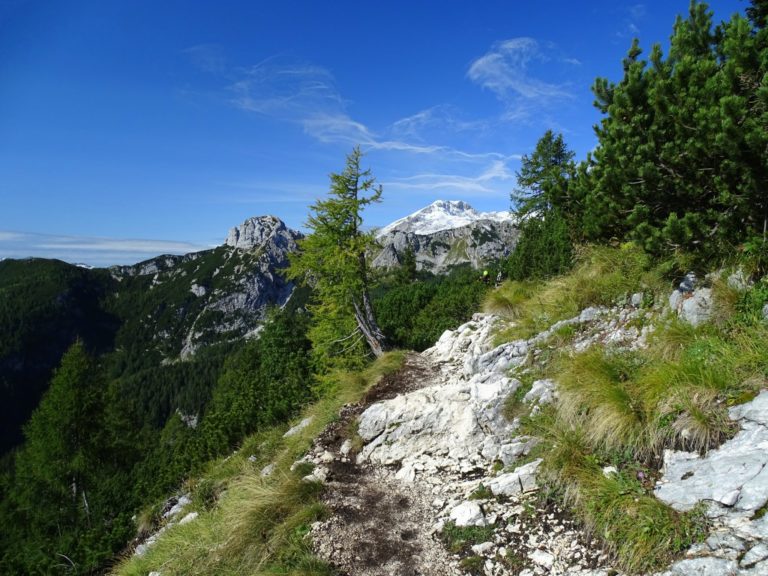 With the first snowfall this season as early as 13th September I found myself stranded between excitement and annoyance. Not that I don’t like snow, but technically speaking, it was still summer, and that’s when my winter gear is pretty satisfied buried somewhere in the basement. Yet, mountains were calling {like super loud} and I decided to go regardless, only not as high as originally planned. I chose a mountain hut in the midst of Triglav National Park that packs everything. The Vodnik Hut is as romantic as it gets, with a sunny trail curving slowly towards a mountain wonderland, plus with its position at 1,817 m, I knew getting there wouldn’t be a problem even without crampons.