It was one of those grey winter days when you need a big push to even consider going out into the cold. Just the same and just like every weekend, I showed no mercy. Equipped with sleds and skis for the kids, I packed everyone into the car and we drove to the mountains that we love so much. Our plan was to go crazy on one of the very few slopes in Slovenia still covered in snow. Well, my plan was to sneak away and hike in the real mountains. So we set off for Pokljuka, a recreational center 20 minutes from Bled with sledding for the kids, Nordic walking for my husband, and a number of easily accessible 7,000 ft peaks for me.
Although it was January, the otherwise completely white Pokljuka greeted us in green colors. Fortunately, at least one slope gave us a bit of hope for possible sledding fun, and as soon as it began, I was off to Viševnik, a 6,726 ft (2,050 m) mountain with great panoramic views over the roof of Slovenia, Triglav, and the Julian Alps.


The start of the trail in the forest was a bit icy, so I carefully slid through it until reaching the old ski slope. The snow there, in fact on most of the way to the summit, was practically nonexistent, which made the hike technically speaking a simple one – a walk, really. The slope, nonetheless, gradually gained in downgrade, and after about half an hour of a more and more demanding hike, I was relieved to finish the rather plain start and enter the second more rewarding part of the hike.

The views cleared and opened to the whole beautiful south face of the mountain. Instead of going up my usual trail on the left, which takes you to Viševnik directly, I followed a new, to me unknown right trail. Lacking a few marks in the first part, a back-to-the-roots approach — you know, sniffing the air, feeling the earth, spotting footprints – helped me to find the right trail up. Surprisingly, it led me round to the other side of the mountain.
What I saw left me breathless. Maybe because Triglav and other mountains were so fascinating; maybe because the snowy valley below the mountains was so tranquil; or maybe because of the overwhelming energy which filled the air with complete serenity. I was smitten.

As things usually are in life, even though I was eager to continue along the north trail all the way over the white valley to the other side of the mountain and then up, I didn’t have the extra time it involved. Anyway, my kids would go bananas if I was late. Thus, I decided to cross the ridge instead and rather hike to the top along the familiar south face. The only problem was that there would be an approximately half-an-hour hike on a completely unmarked and unknown terrain. Well, nothing that a positive attitude can’t handle, right? Heck, with a bit of imagination, I could even see a sort of path, I swear! So, I proceeded.

I crossed the ridge and followed my gut feeling to join the other trail. As expected, it was quite an easy hike along a stretched out, slowly ascending ridge with only a few slightly exposed and pretty steep spots on the way. But tell me, who doesn’t like a challenge? Or getting around difficult parts with a bit of climbing? Sort of like a Spiderman. I love that! I held on to a few branches of the conveniently growing bushes, and jumped from one rock to another, quickly passing the tricky spots safely.
Just as I started to enjoy the thrills of an unbeaten path, a few fellow hikers far away showed me the way to the real trail. The thrill of the unknown was gone, though, but the breathtaking views from the summit made up for it.

Here is a 2-minute video of the hike:


Hiking Mt. Begunjščica, the most popular mountain in the Karawanks 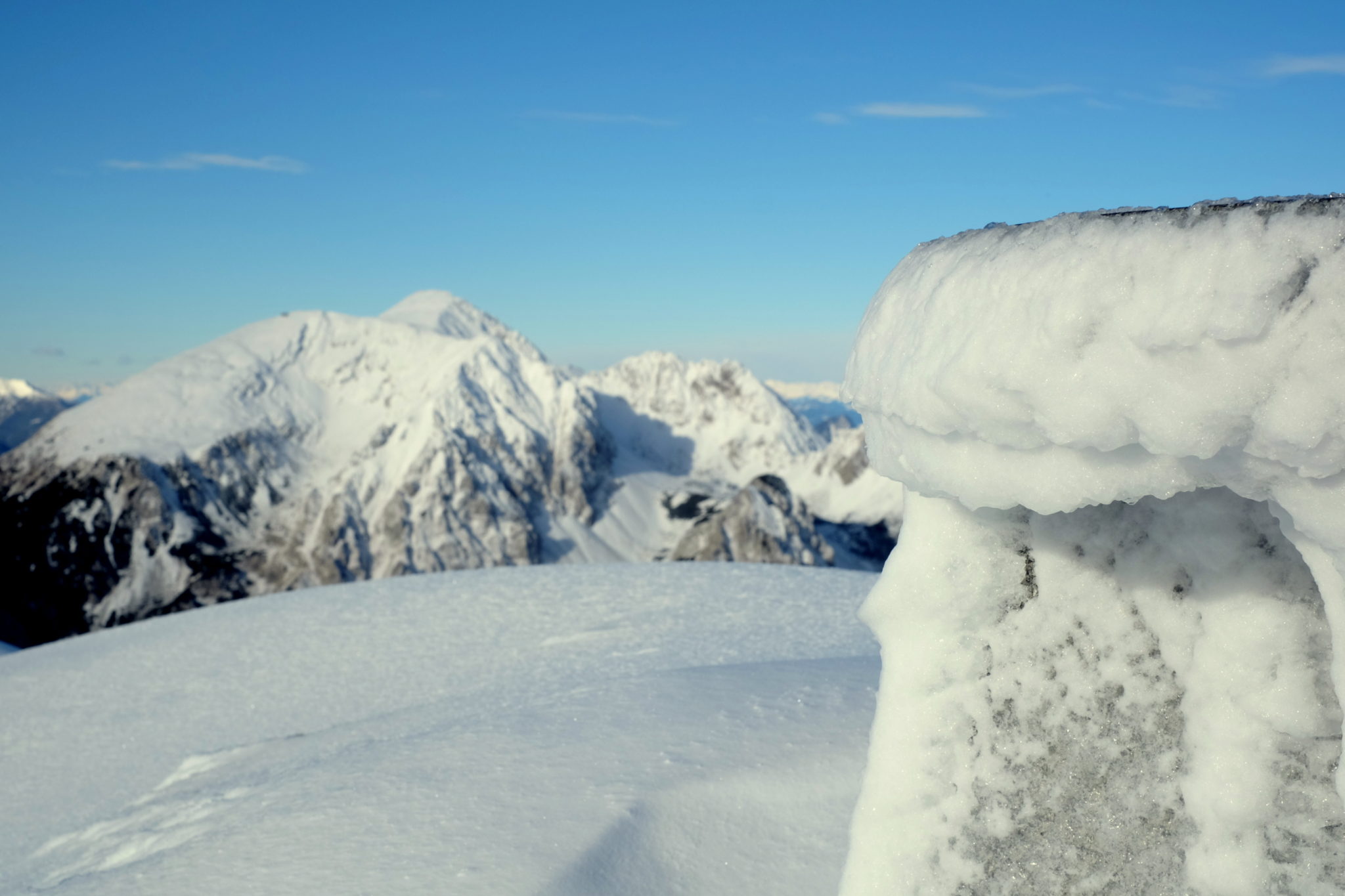