As I sit in front of my laptop thinking about my weekend adventures, it just seems like an experience from another world and dimension. City is home and sun-lit mountains my usual weekend escapades. There are moments, though, when I wish it was the other way around, and seeing perfectly snow-covered mountains above Lake Bohinj up close just makes my heart ache for more {with a sunny weekend ahead I just might return!}.

The previous week was uncharacteristically chaotic, calling for my one and most efficient way of warding off stress… you guessed it: hiking in the mountains. A big dose to be exact. That’s why I didn’t care less when I woke to a cloudy and snowy Saturday. I was out in 20 minutes and off towards the western part of the Kamnik-Savinja Alps to a popular mountain hut Kališče and possibly its peak Bašeljski Vrh if I managed to squeeze it in my four-hour trip and return in time for my afternoon plans. 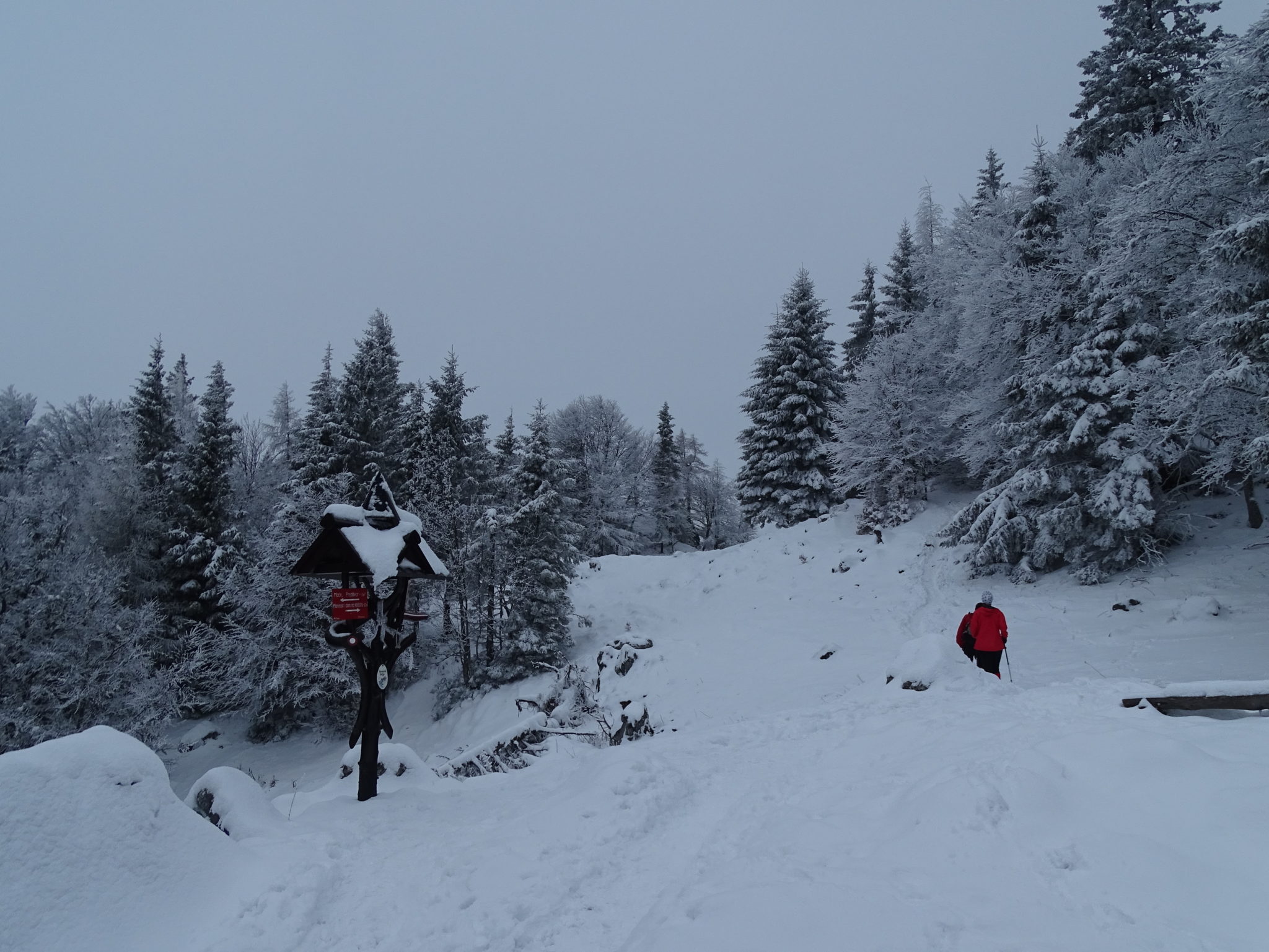 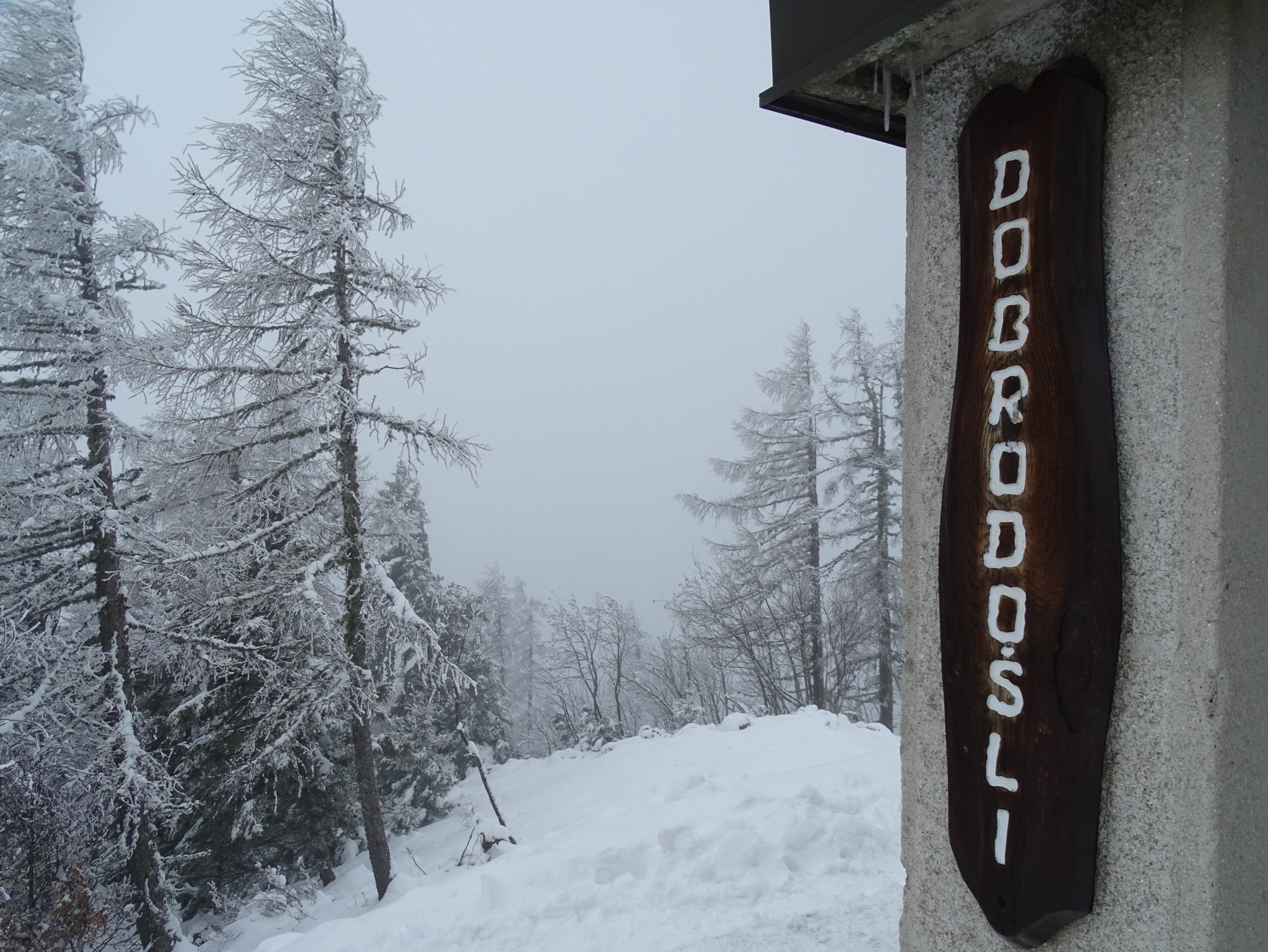 Technically speaking, Kališče is a no-brainer, and since its trailhead starts only 33km from Ljubljana, it has been my favorite hiking trail for the last 15 years. The sort of good sweat and mind-invigorating hike to return a different person. Turns out, the 934-meters ascent to Kališče in fresh snow took up all my free time, and had I not rolled back down mainly on shortcuts, I would never have made it back home in time. All the same, I felt completely regenerated and ready for an overnight family get-together in a family-run and packed-full-of-personality Hostel Mama Minka just a few kilometers away from Lake Bohinj.

Knowing I was in the midst of an outdoor paradise and mountains within grasp, sleeping in was not an option so I woke up at 6.15 instead (seriously guys, that’s early!) to be at the trailhead by 7. The plan was to hike up the Alpine valley Komna in the morning, take a few shots and have a snack, only to return and join my family at the nearby Vogel Ski Resort later at noon. 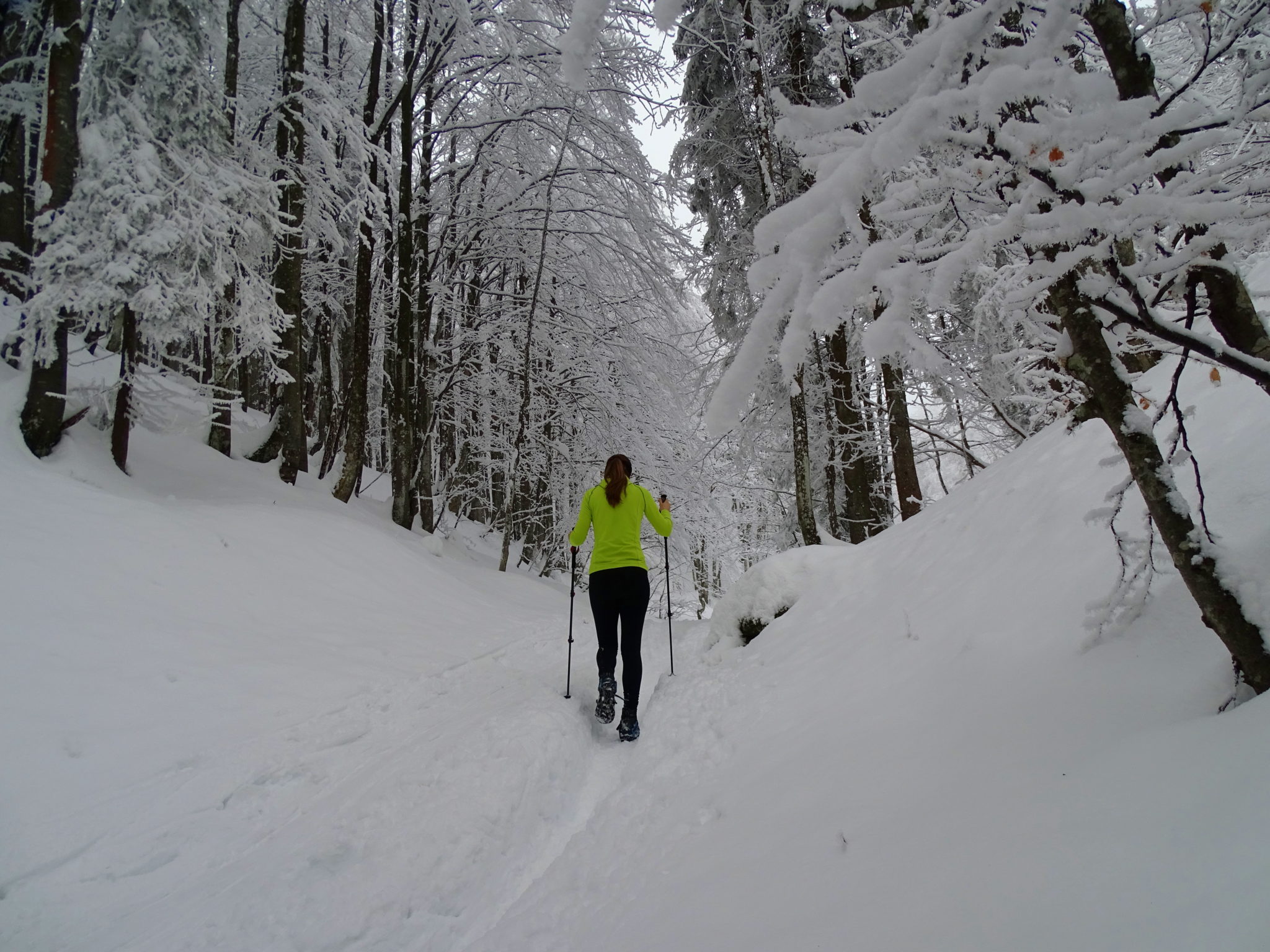 I had no idea of how the weather would turn up (Lake Bohinj was pretty foggy) and what the snow conditions on the trail would be like, but let’s face it: the mountain hut at Komna is open around the year making it a popular choice regardless of the season. Chances were good that a track in the snow was already there. And parking my car beside three other cars in the Savica Waterfall parking lot quickly confirmed my assumptions. Nonetheless, apart from meeting one hiker returning from where I was headed, I was alone on the trail (in contrast to the way back). I do love solitude, though, which combined with a perfectly carved off-the-beaten track landscape, is one of the reasons why I always opt for mountains.

Notorious for its 48 serpentines that ascend slowly through the forest, the snowy trail started well trodden, yet a bit slippery which called for my six-teeth trail crampons if I wanted to proceed fast enough. Since the serpentine part of the trail sloped up really slowly, I skipped a few turns and rather followed a more direct alternative pass in the snow.

The fog stuck around for a good part of the hike as it was parceled up into layers. Once past one layer, I was headed for another, and so on until it finally cleared up about fifty meters below the mountain hut at Komna, about the same time as I hit the forest line, giving way to spectacular views. While the forest was nice enough with a few panoramic windows sporadically peeking out between the snow-covered trees, the stunning scenery that awaited me at the top of the Komna plateau left me speechless.

Although it would’ve been nice to sip at a hot herbal tea and eat an apple strudel in the hut overlooking the mountainous amphitheater, I hiked further up the trail instead. I was intrigued by stunning views which I knew were there but were partly obscured by trees and little hills around the hut. So, I kept going in the direction of the Bogatin hut. Enamored by the sight as I progressed, I left my GoPro camera by the empty trail to record a time-lapse video of the thin fogs floating across nearby mountain tops.

What you should know about Slovenia is that it’s an overall safe country, particularly the mountains, where I continuously tend to leave my camera unattended near the trail and always find it exactly where I left it. That Sunday, though, was a bit different. After encountering the first people on the trail – a couple coming from the direction where I left my camera, I got a little nagging worry and decided to check if everything was ok. The camera was not there. Damn! Overflown by mixed emotions, I ran back after the couple and stopped them five minutes later asking if they had by any chance found a camera and taken it “by mistake”. An obvious “no” on their side and a few semi kind questions on mine, our conversation quickly turned to another level. The result? A backpack turned upside down and still no camera. Quite skeptic, I eventually let them go and started treading back to the hut {I obviously couldn’t proceed in their direction just a few steps behind}. 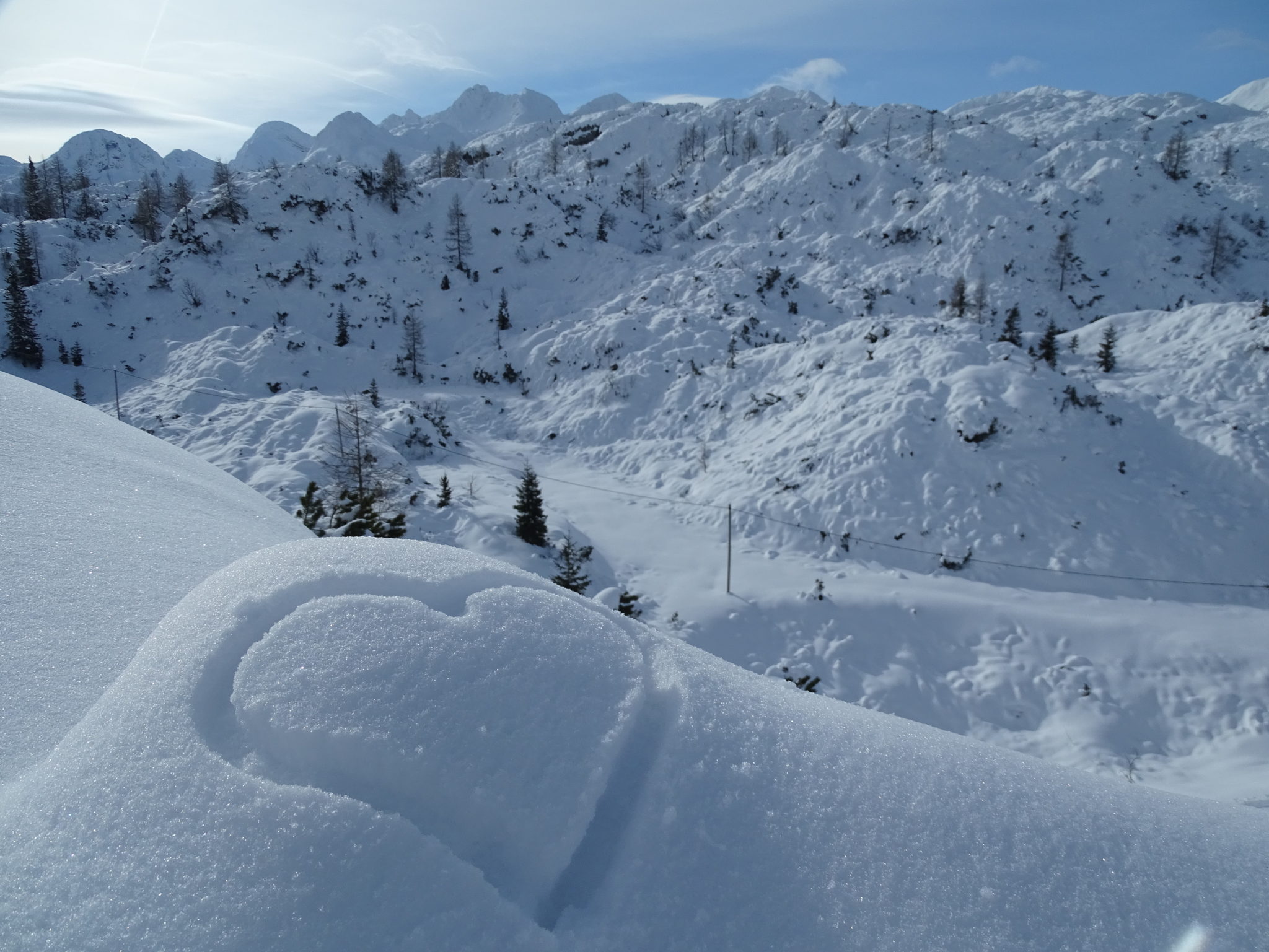 The breathtaking scenery around the Bogatin hut improved my moods a bit, yet I was pretty much devastated. On the way back, though, I noticed something that immediately put a smile back on my face – my camera; tipped down a steep slope lying half covered in snow (don’t ask how I got it back). A big sigh of relief followed by a few “ouch!” and “yikes!” at the very thought of the poor harassed couple probably still discussing the freaky visit from the bush. Then, with my camera safely tucked in the backpack, I hopped my way down whistling a happy tune.
Honestly, I could’ve ended the day right then, but a promise is a promise, and so I hitchhiked to the car cable to Vogel, where I was meeting the rest of the gang at the pristine white slopes (in the meantime, my husband moved the car closer to the cable for all the ski gear to be carried up). 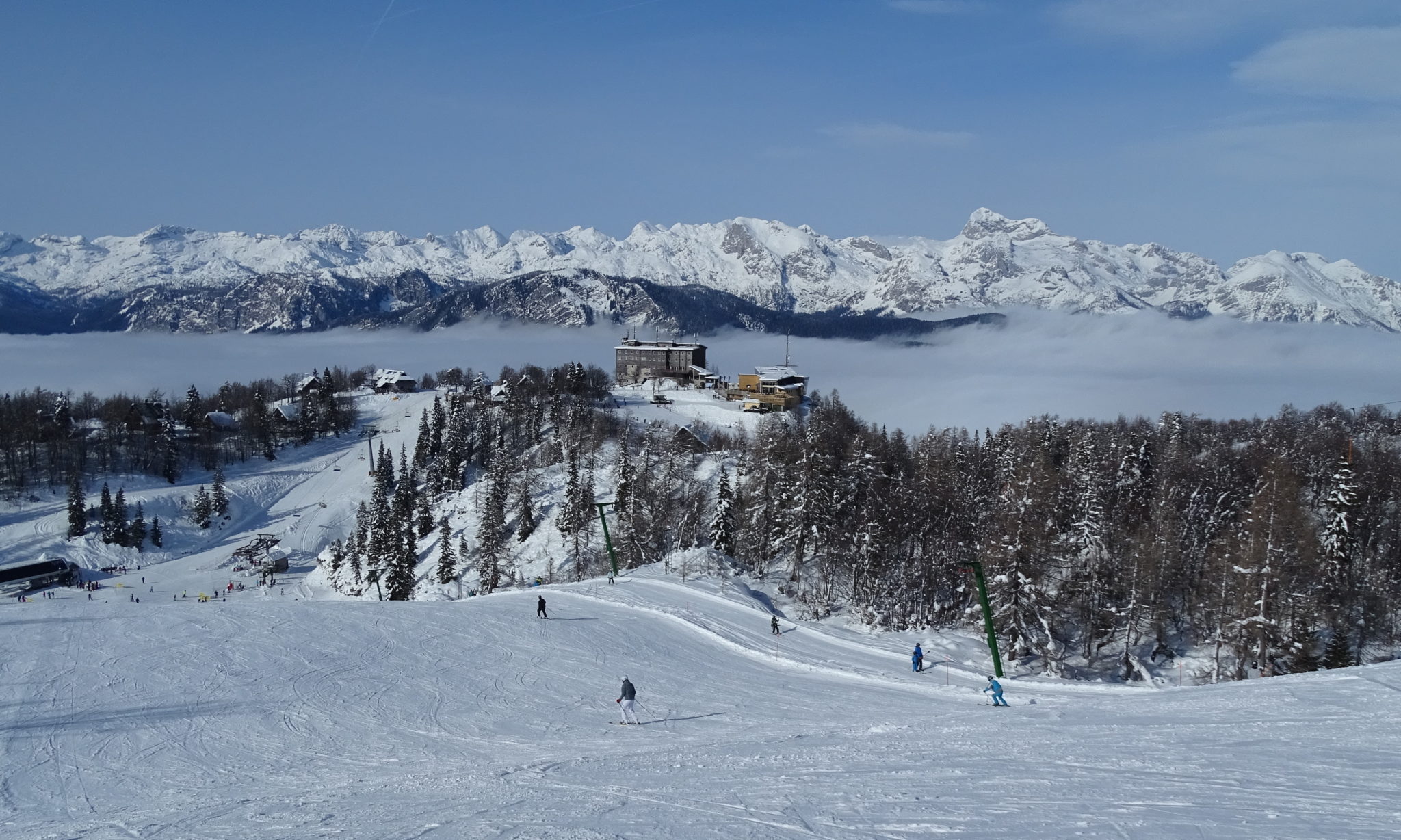 You know what? Tired as I was, Vogel in itself was a treat: 22 kilometers of ski runs in the middle of the Triglav National Park and spectacular views of endless white mountain tops. All to be added is: Yee-haw! 🙂 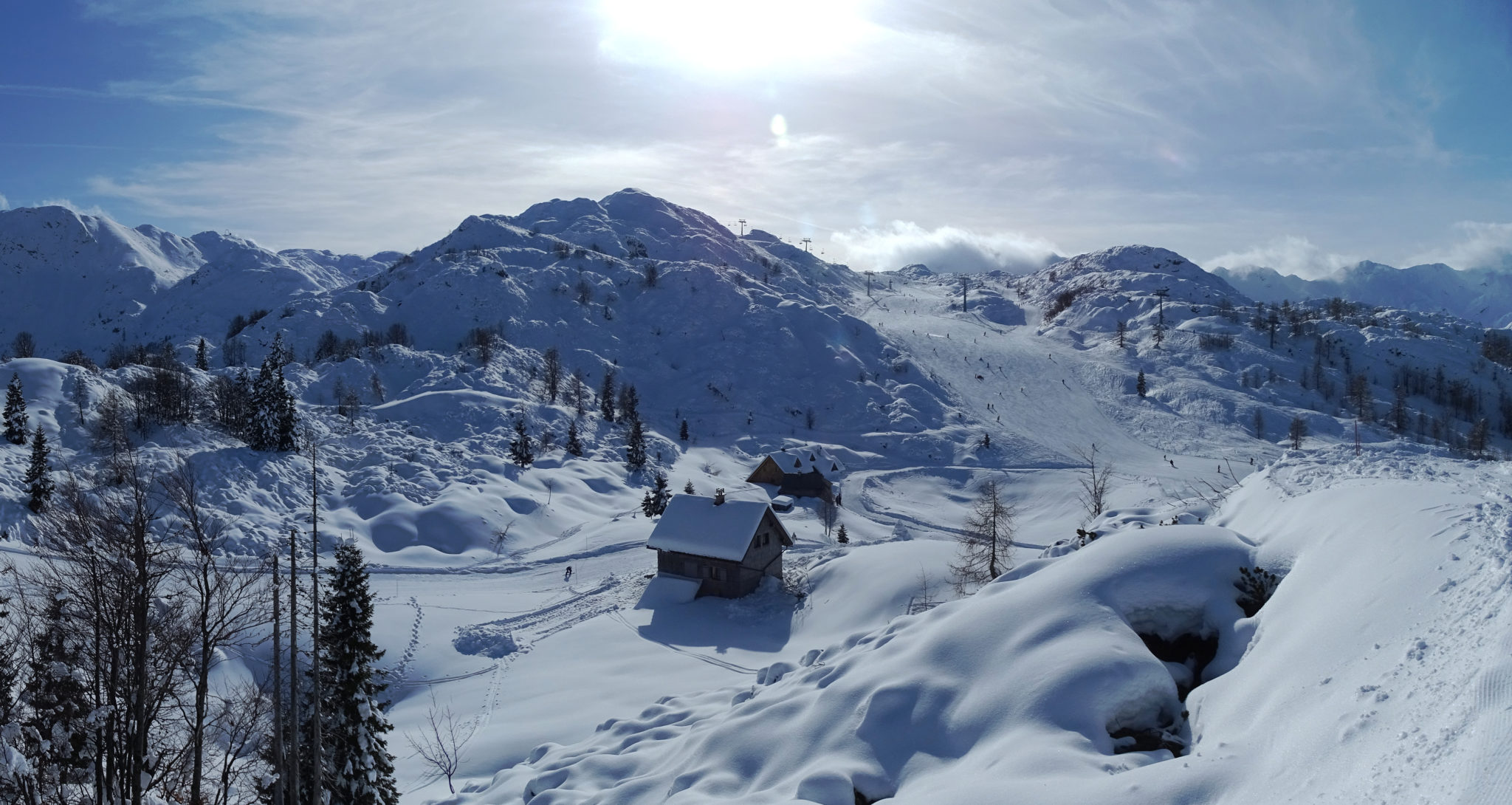 Wrapped in mysterious fog, Velika Planina’s huts are barely peeking out of the thick blanket of snow that has covered Slovenia over the past few weeks. Photo by 📸 @iivvanna ...


It doesn’t get cooler than this: ice climbing in the Hell thirty minutes from Ljubljana 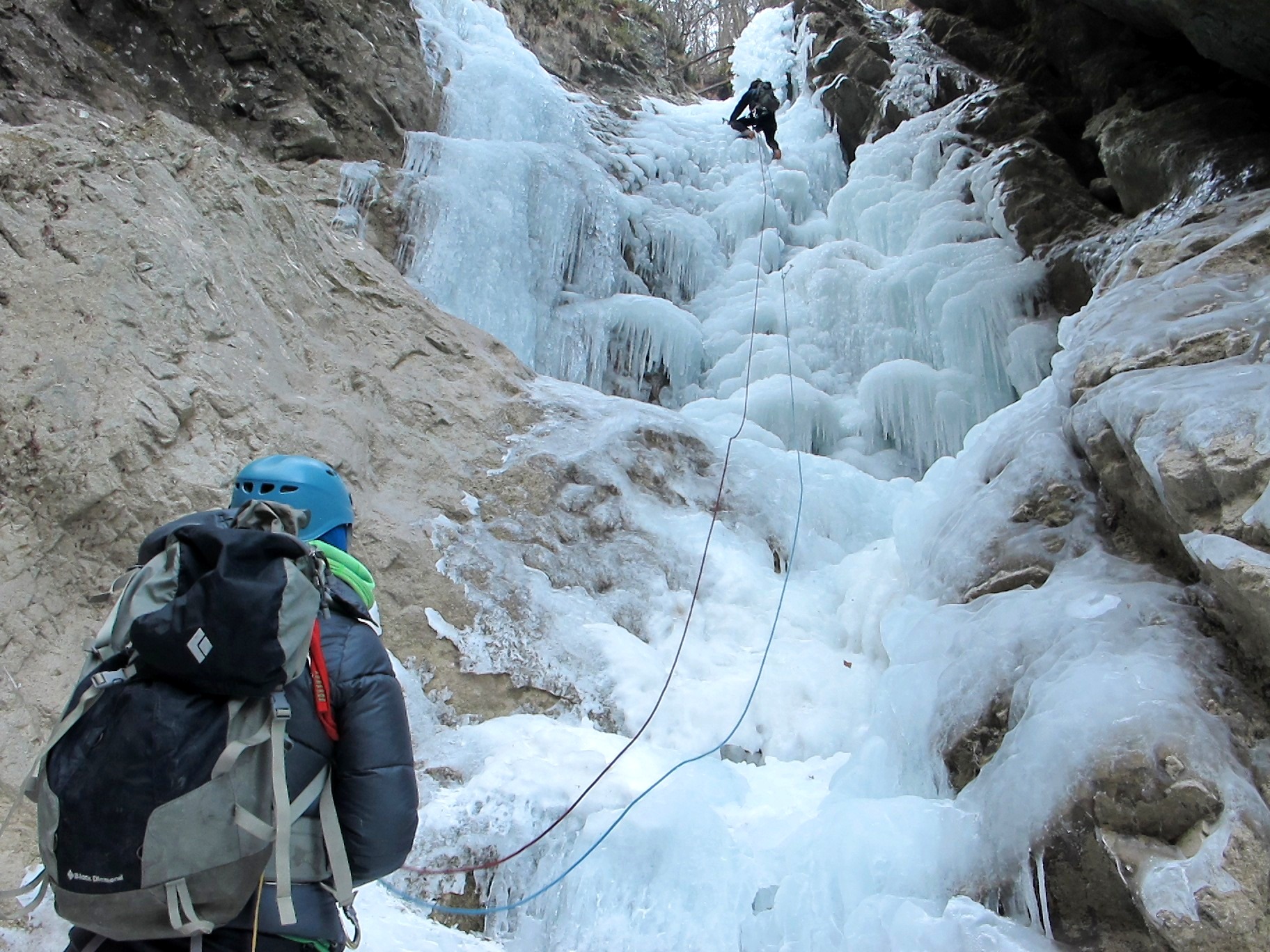 
Cycling tips from Ljubljana in spring 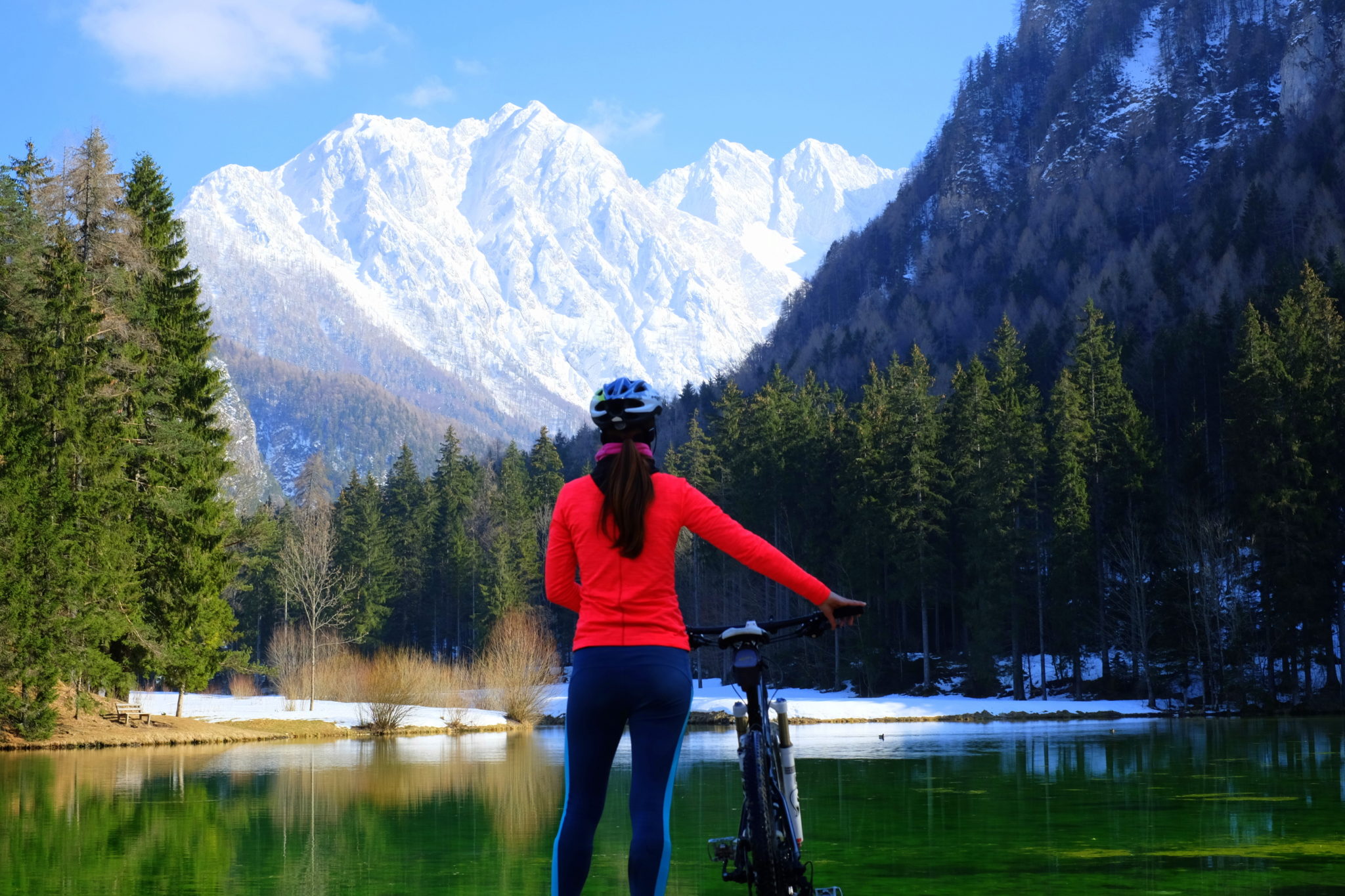