Mala Ojstrica and Lučki Dedec
As is usually the case when heading out on longer tours (and have picnic plans in the afternoon), the alarm clock went off at the horrifying 4.50 a.m. After quickly packing stuff into my car – a backpack, hiking shoes, trekking poles, breakfast and, of course, my doggy pal Lisa, I drove towards the eastern part of the mountain range the closest to Ljubljana, the Kamnik-Savinja Alps. Although the plan was to climb Mt. Ojstrica, a grandiose 2,350-m mountain on the eastern rim of the Kamnik-Savinja Alps, climbing it with Lisa made me soon opt for an alternative plan.

If the trail from Podvežak to Mala Ojstrica, a 2,017-m more eastern peak down the ridge towards Ojstrica, is technically speaking easy and as such appropriate also for kids, the ridge trail onwards to the very peak of Ojstrica becomes messy and precipitous. Exactly the kind of trail Lisa doesn’t agree on. So, after a few photo shots of the miniature statue of the Aljaž Tower at the top of Mala Ojstrica, we returned back down to the Korošica Plateau, a high-Alpine plateau underneath Ojstrica, and from there continued towards its 2,023-m southern neighbor Lučki Dedec.
Now, have I mentioned before I found myself hanging once on a partly torn rope over a what could have easily become a 1,000-ft fall? Unfortunately, I did, and it happens that the climbing accident took place in the vertical north face of Lučki Dedec, the mountain I was visiting then after Mala Ojstrica.

It happened while I was crossing a ledge and tried to hold on to a rock that just wasn’t firmly attached to the face. It came out pushing me to fall off the ledge. While I somehow managed to get a hold of the rope, the falling rocks kept hitting the rope and me, and at one point, my grip loosened and I fell even further down swaying from one side to another until I finally stopped. I didn’t panic, yet I turned terrified seeing the rope, that was keeping me from falling down, was torn. I was lucky, though. My climbing partner then is one of the most experienced mountain guides today. He improvised with the rope and threw me the undamaged part. The moment I attached myself to the new rope, I felt hugely relieved and, well, saved. Regardless of the injuries, which I fully recovered from only a year after, I climbed back to that ledge like a cat. And while I walked out of the mountain like a winner, that incident changed my attitude profoundly. It might have taken that total carefree part of my heart away that day but has given me so much more in return. On June 17th, a day from the twelfth anniversary of the accident, I finally returned to that mountain, Lučki Dedec, and if I used to remember it as terrifying, it surprised me as something quite the opposite. It’s as beautiful and playful as the countless colorful little flowers growing along the trail all the way to the top. Seriously, the southern trail is so pretty and the views from the top are just mesmerizing that you simply need to climb that mountain. Like right now! 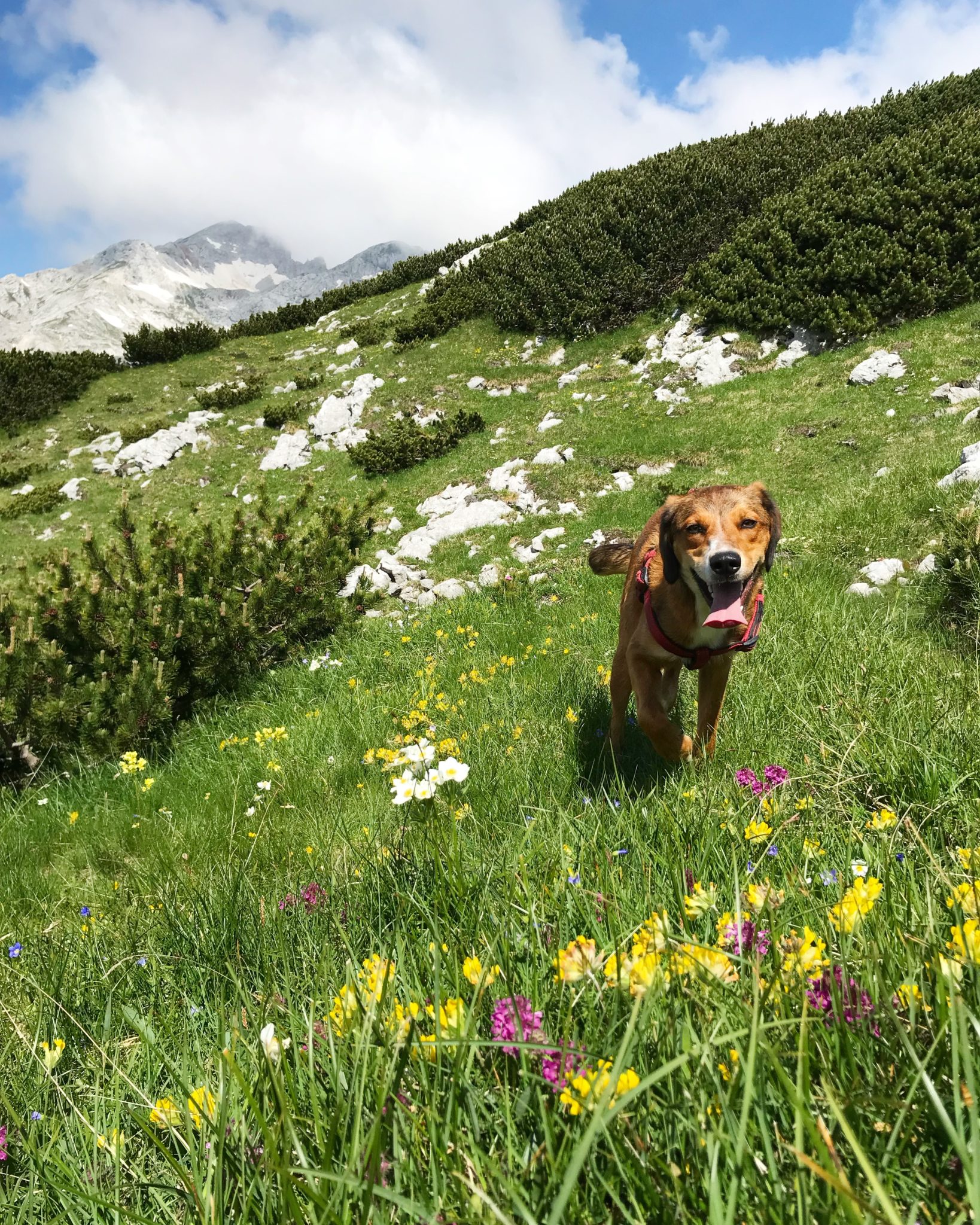 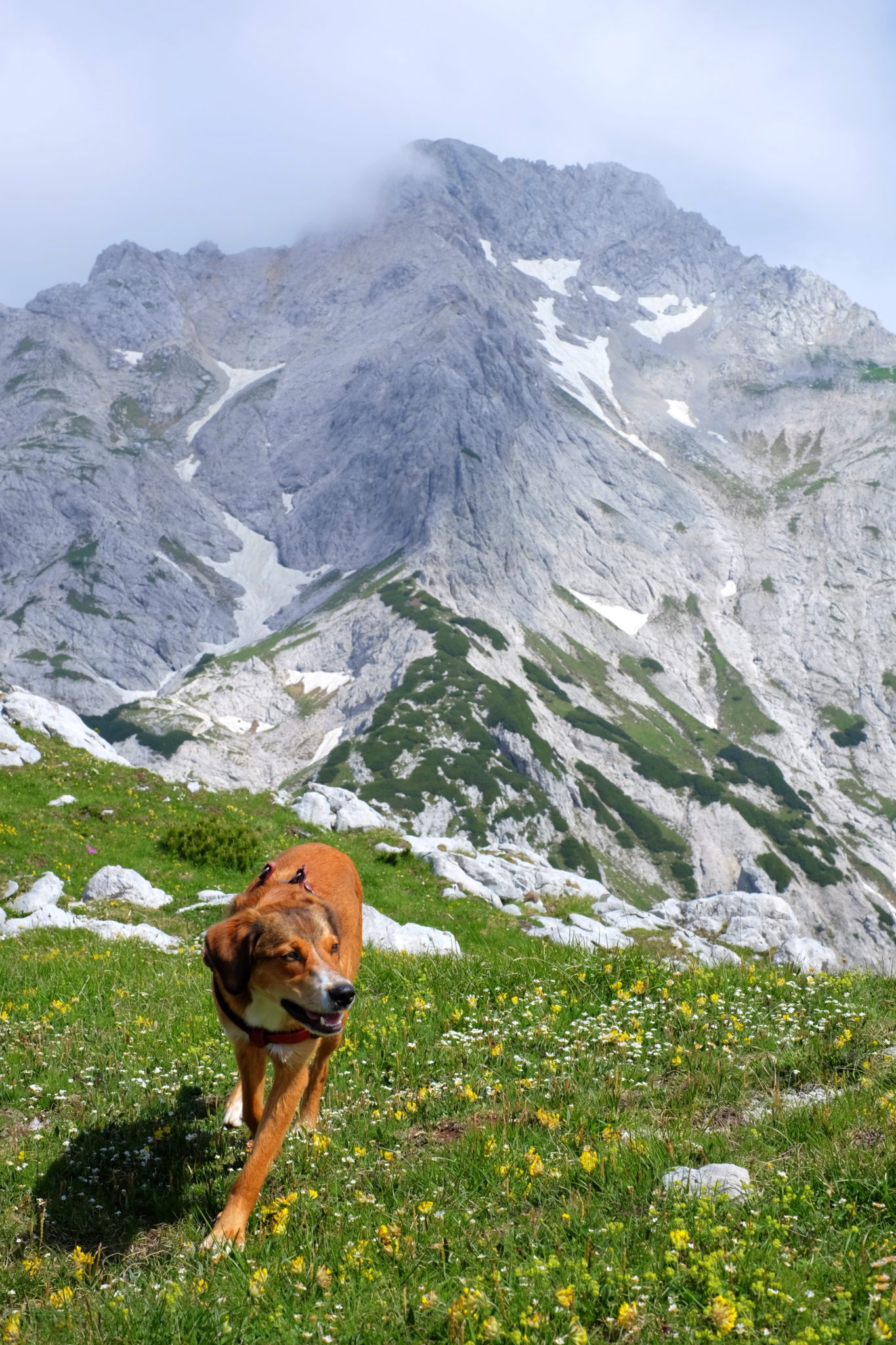 Goli Vrh
The other peak in the Kamnik-Savinja Alps I visited in the past month is the 1,787-m high Goli Vrh (Eng. Bare Peak). Its starting point is on the very opposite side of the mountain range, from a parking lot at Ravenska Kočna (Zgornje Jezersko), so you can’t really combine the two hikes, but it makes a beautiful few-hour hike nonetheless. If the whole trail practically winds through the forest (which might be a big advantage in hot summer days), the mere peak itself peeks out of the forest, opening up to spectacular views over the Alps! 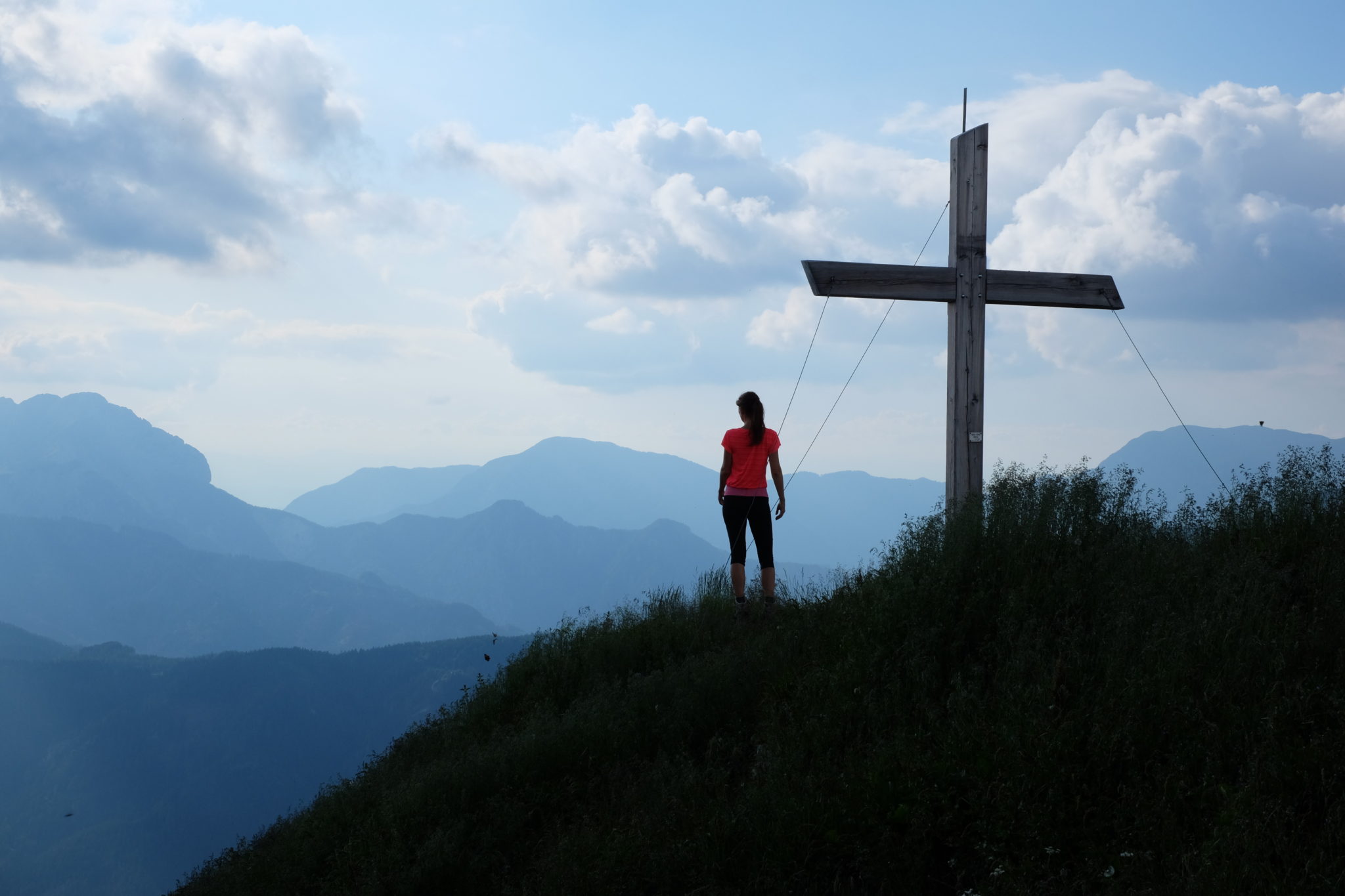 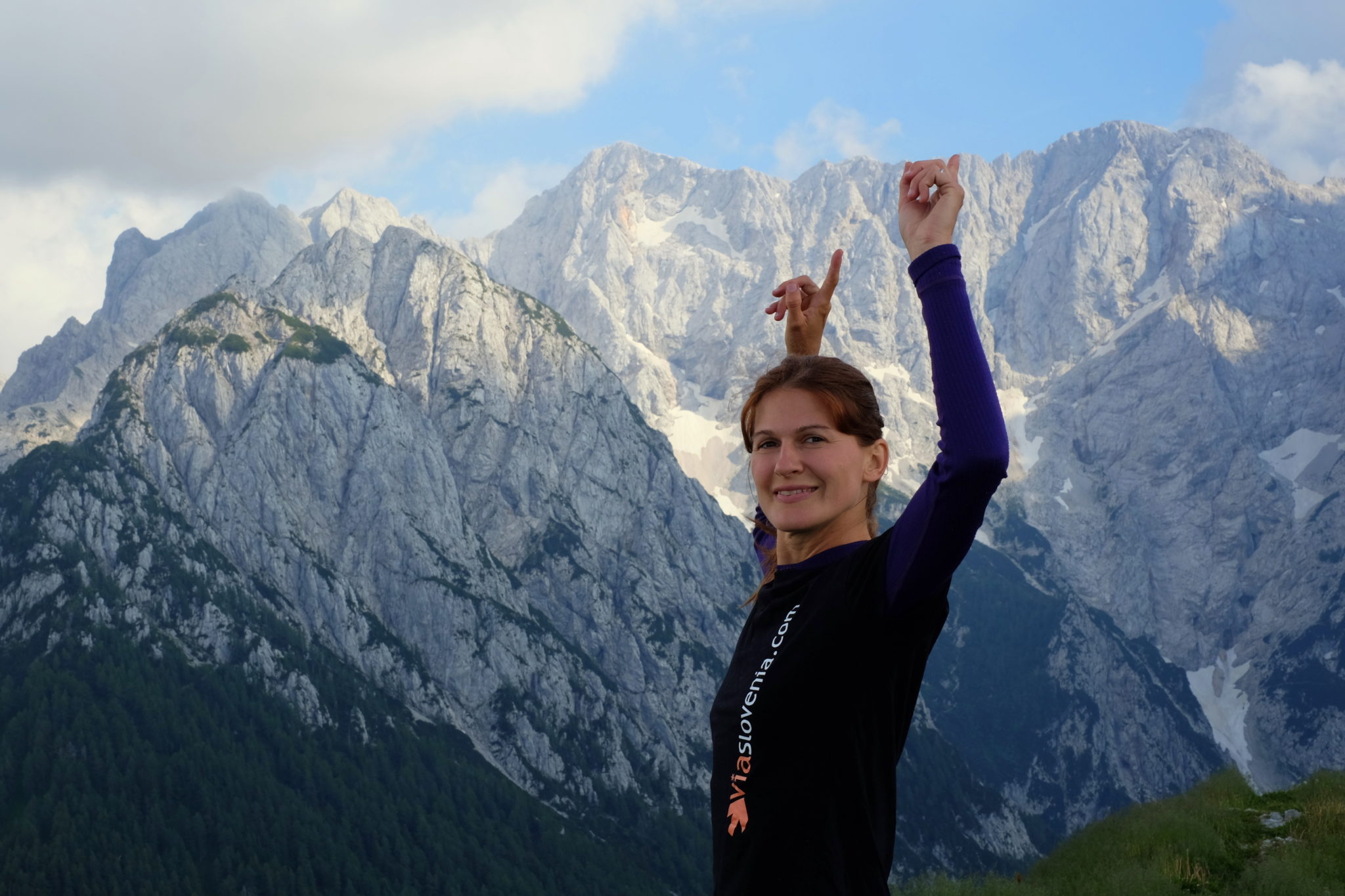 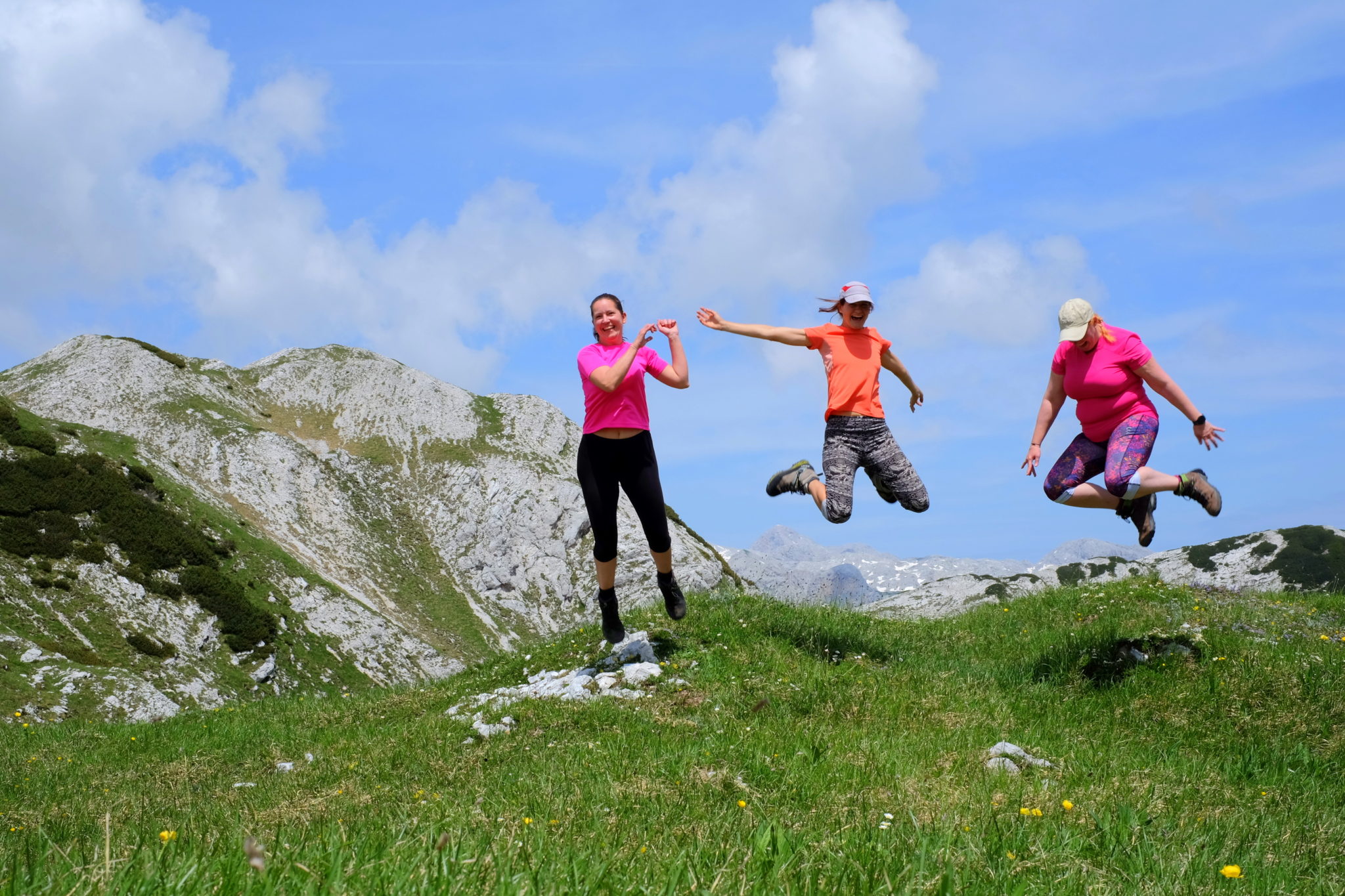 
Wandering through the land of the Alpine ibex 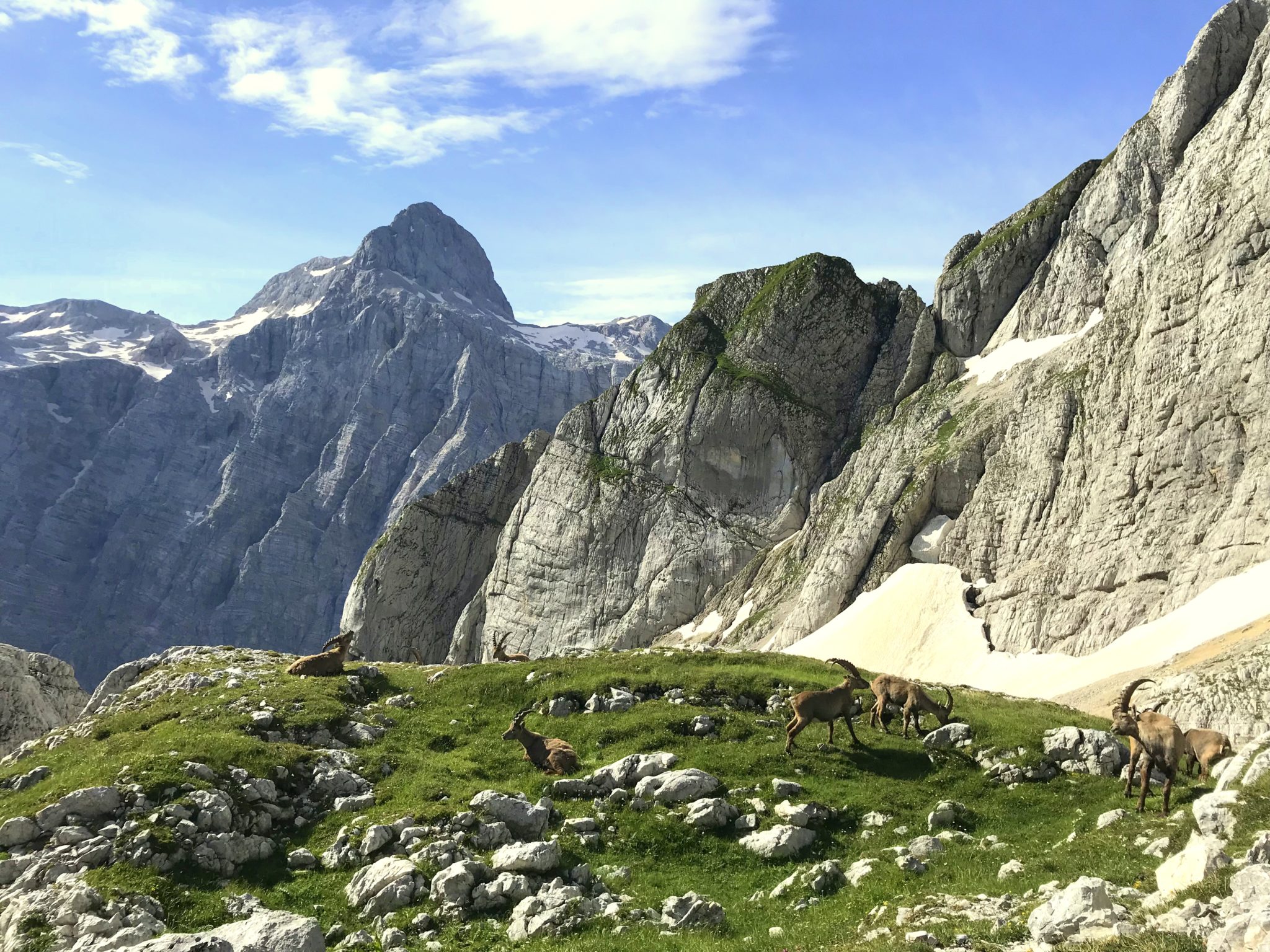 4 thoughts on “Beautiful hikes in the Kamnik-Savinja Alps”