Most visitors to Bled, Slovenia’s fairytale location, experience the lake and its enchanting little island from a beautiful walk around it, a boat, or the castle. The more adventurous bunch admire the view of the lake underneath the Alps from a small hill Ojstrica. But how many have you seen it from a hot-air balloon? It’s easily one of the most spectacular and exhilarating things you can do in Bled, so if you haven’t tried it yet, you definitely should! 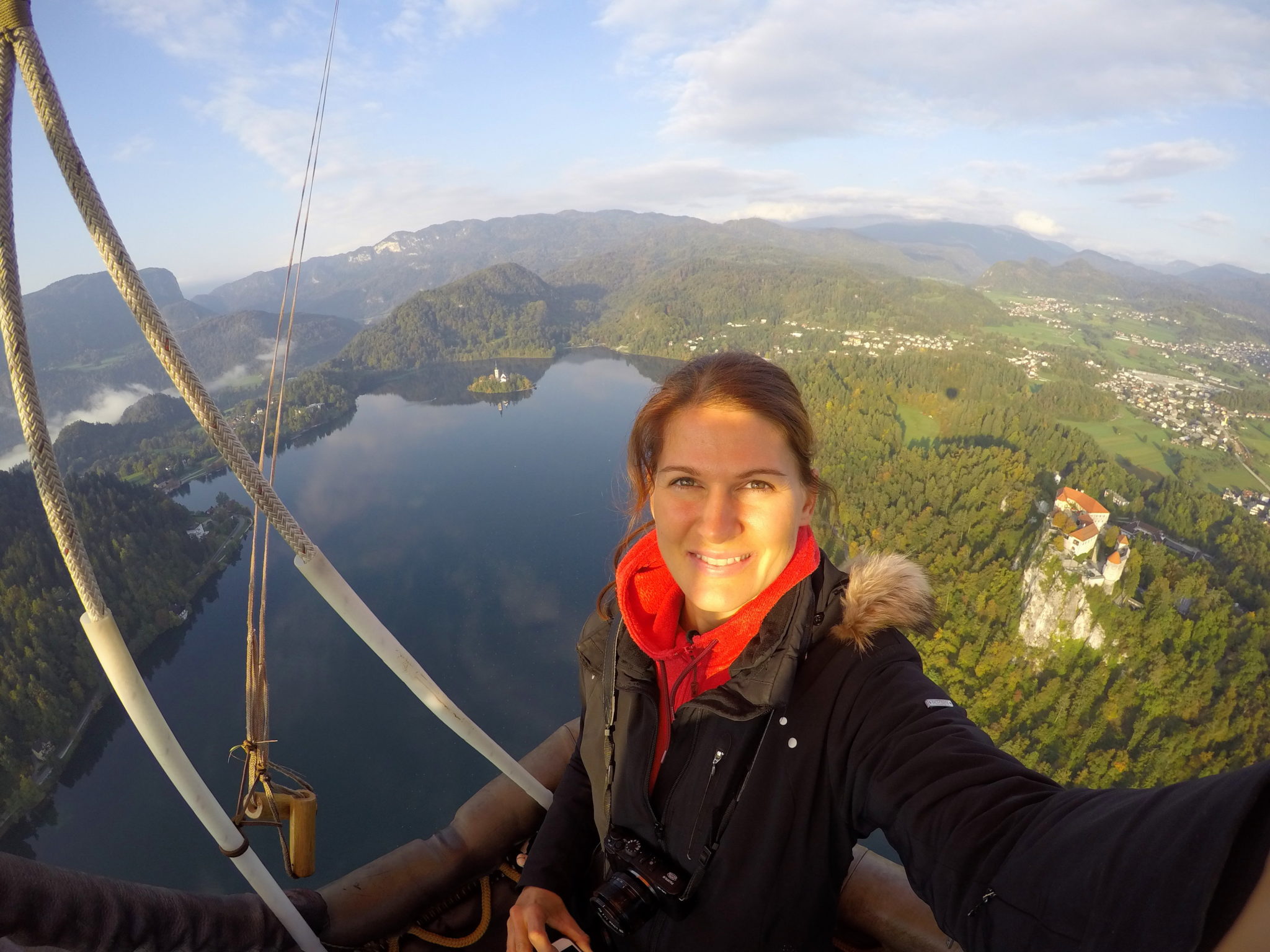 Hot-air ballooning over Bled
My story started with a ballooning itch a few weeks ago which grew bigger until it turned into a burning desire to see Slovenia from an aerial perspective. When I finally emailed the biggest ballooning provider in Slovenia, Balonarski Center Barje, asking about possible dates, I imagined it would take days before I got a positive reply as it was the shoulder season for flying. I received their reply in a few hours asking me if I wanted to join them for a balloon ride over Bled the following day. Seriously?! How easy was that!?! I nodded a big YES!
We met at 6.15 a.m. in Ljubljana the next day, just a few blocks from my home actually, where they picked me up for a drive to Bled. Talking about all-inclusive ballooning package! An hour later, I was in awe watching together with seven other passengers a huge balloon lifted from the ground and prepared for take-off. Embarked in a wicker basket soon after and listening to the sounds of burning propane, with a camera in one hand and tightly gripping a handle with the other, we kicked off into the air {quite softly actually}. No way back now I thought for a brief moment, but suddenly forgot all about fear and pointless concerns as the balloon lifted above trees and opened to breathtaking views of Bled still wrapped in the veil of the thin early morning fog. In one word, spectacular!

Although I’d flown in a hot-air balloon before, once over the red dunes of Sossusvlei in Namibia and another time over the Julian Alps, ballooning over Bled took me totally by surprise. I thought no panoramic flight could ever dazzle me in the same way again, yet I couldn’t have been more wrong. 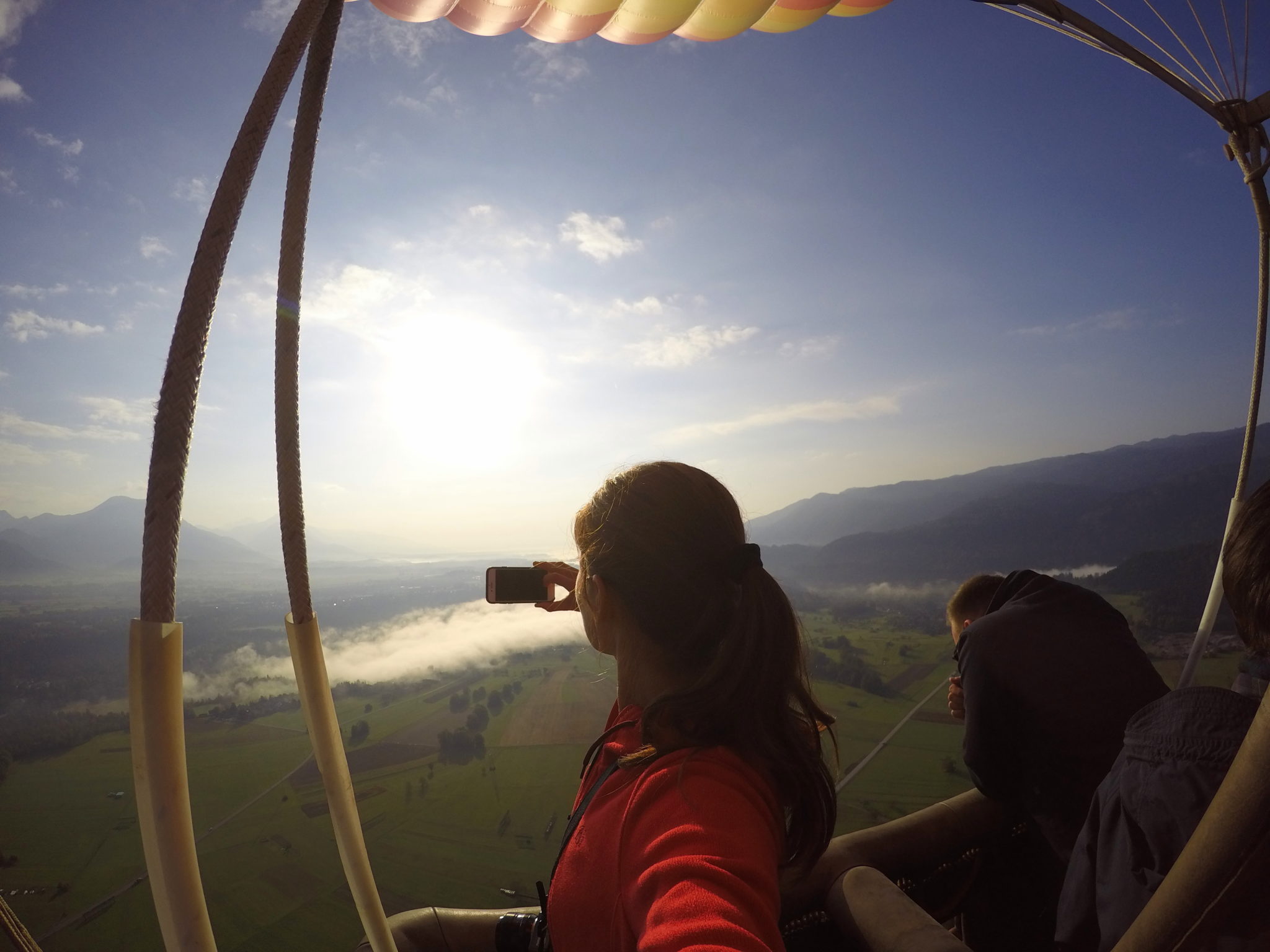 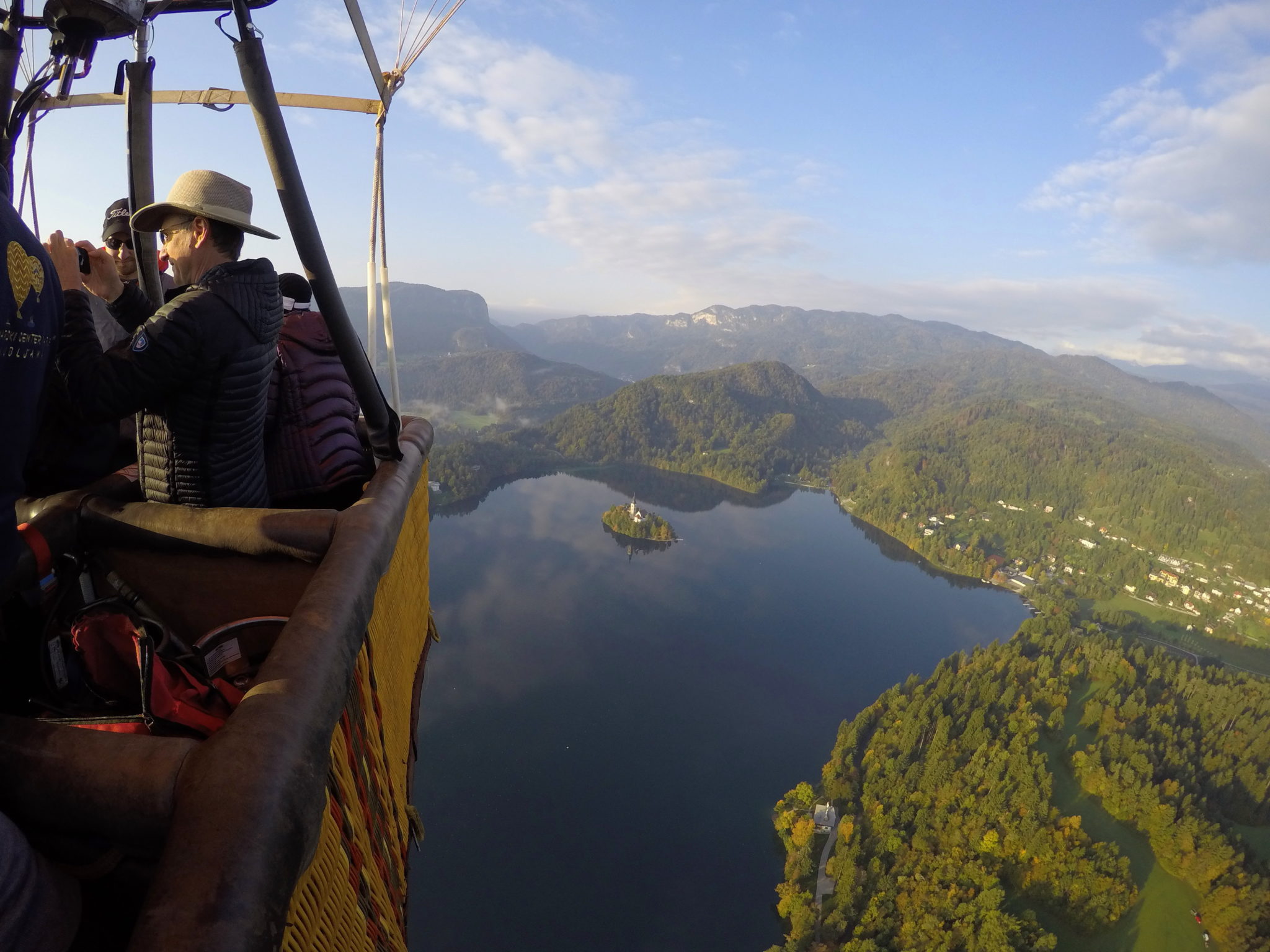 It’s likely I forgot to breathe during those first moments as the scenery changed from a nice meadow to the surreal lake glistening in that soft yellow early morning light, and everything above the lake reflected in the water. The image so spectacular I remember all eight passengers uttering in one hypnotized voice “That’s so beautiful, wooooow!”
The pilot navigated us over the lake and performed a slow spin for everyone to enjoy a 360-degree panoramic view of Lake Bled, but then after the shortest ten minutes the wind slowly pushed us slightly towards north-east, where we safely landed about an hour later. Did it end right there? Hell no! We had a nice ceremony of having us crowned us barons and baronesses, a tradition that goes well back in time to when flying a balloon actually earned you a prestigious title, and a cream cake Kremšnita back in Bled on a private little terrace directly overlooking the lake and the castle. Afterwards, we waved goodbye, still in a swirly state of complete happiness and swearing to never forget our incredible flight over Bled. 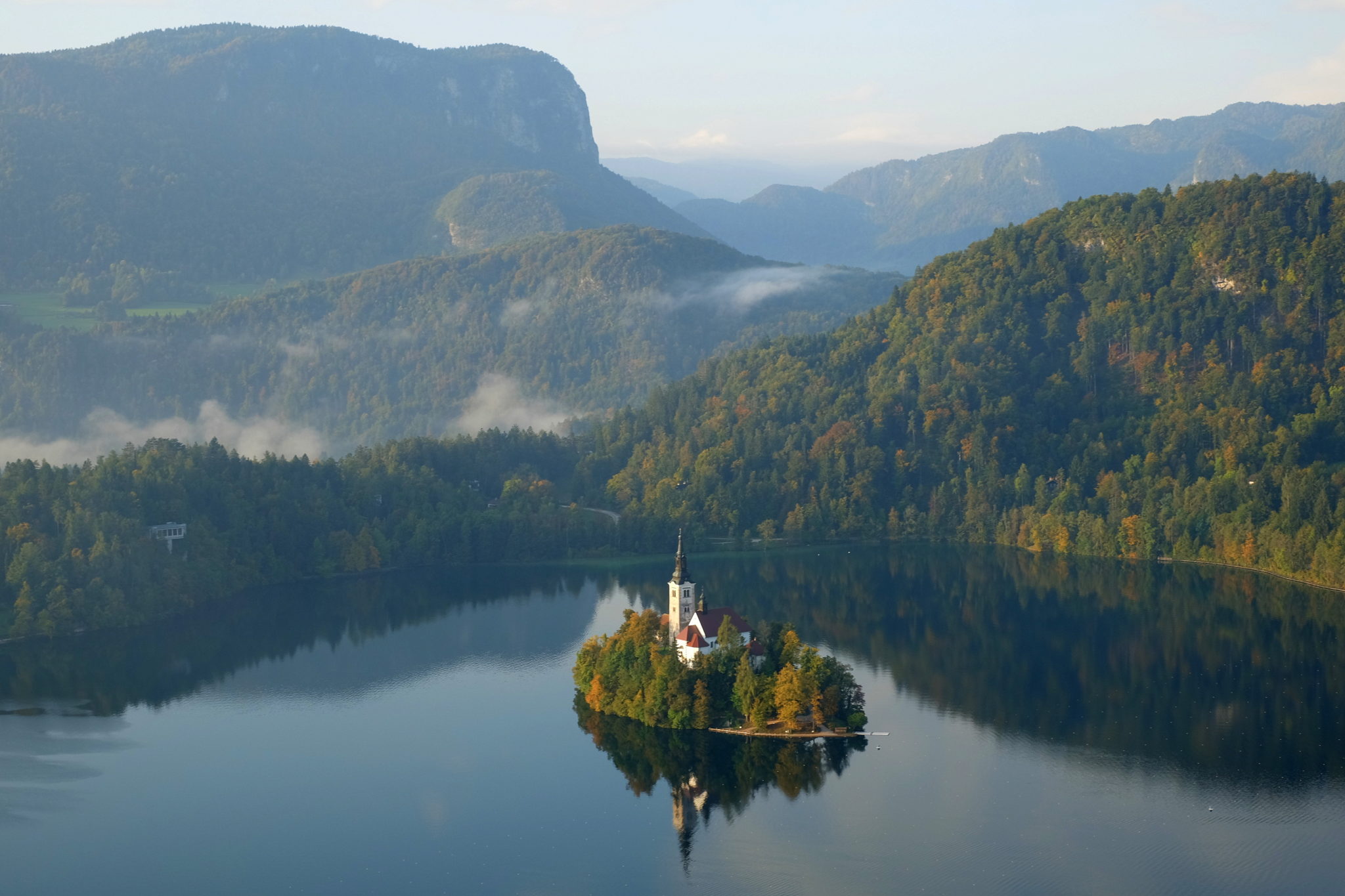 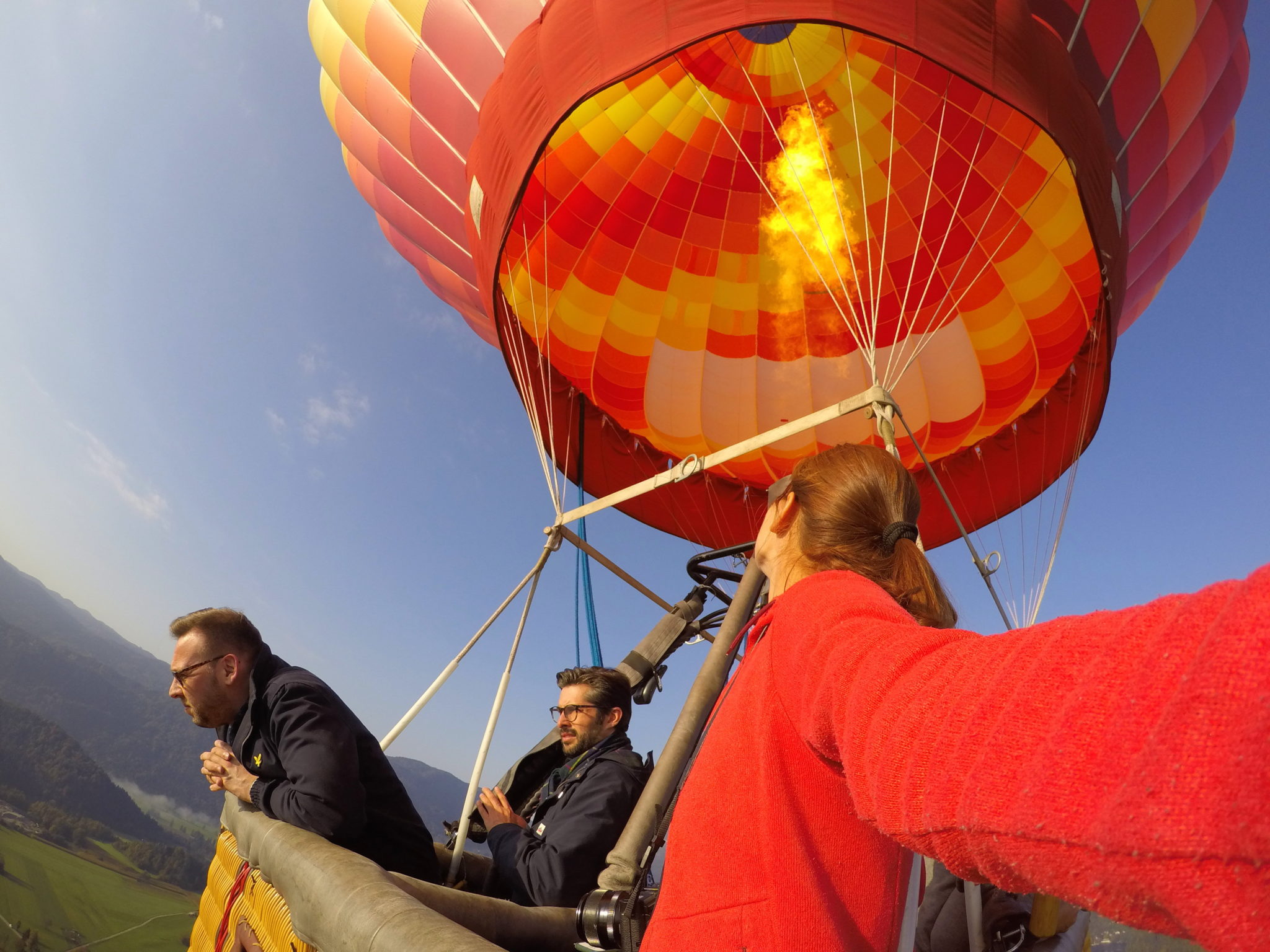 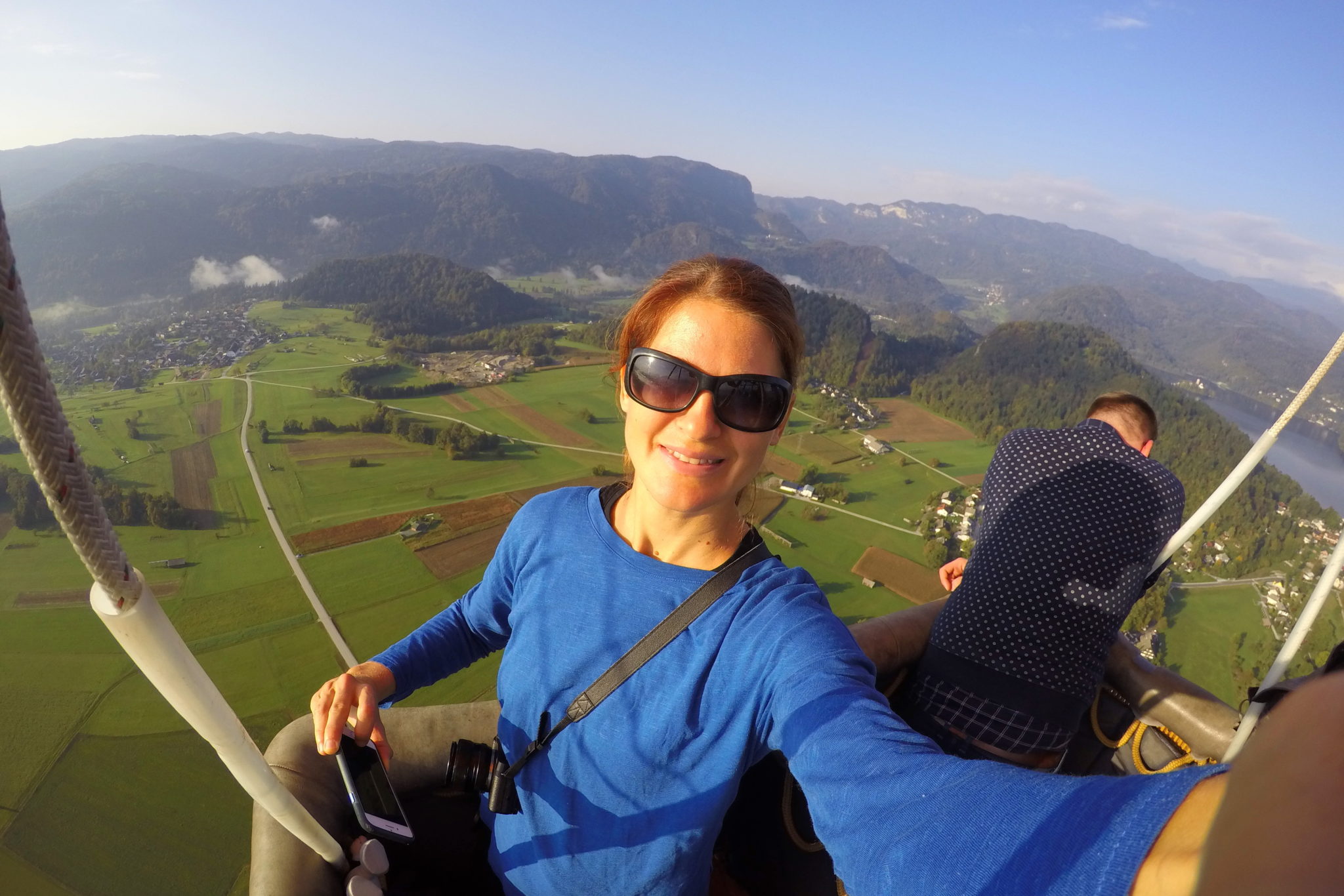 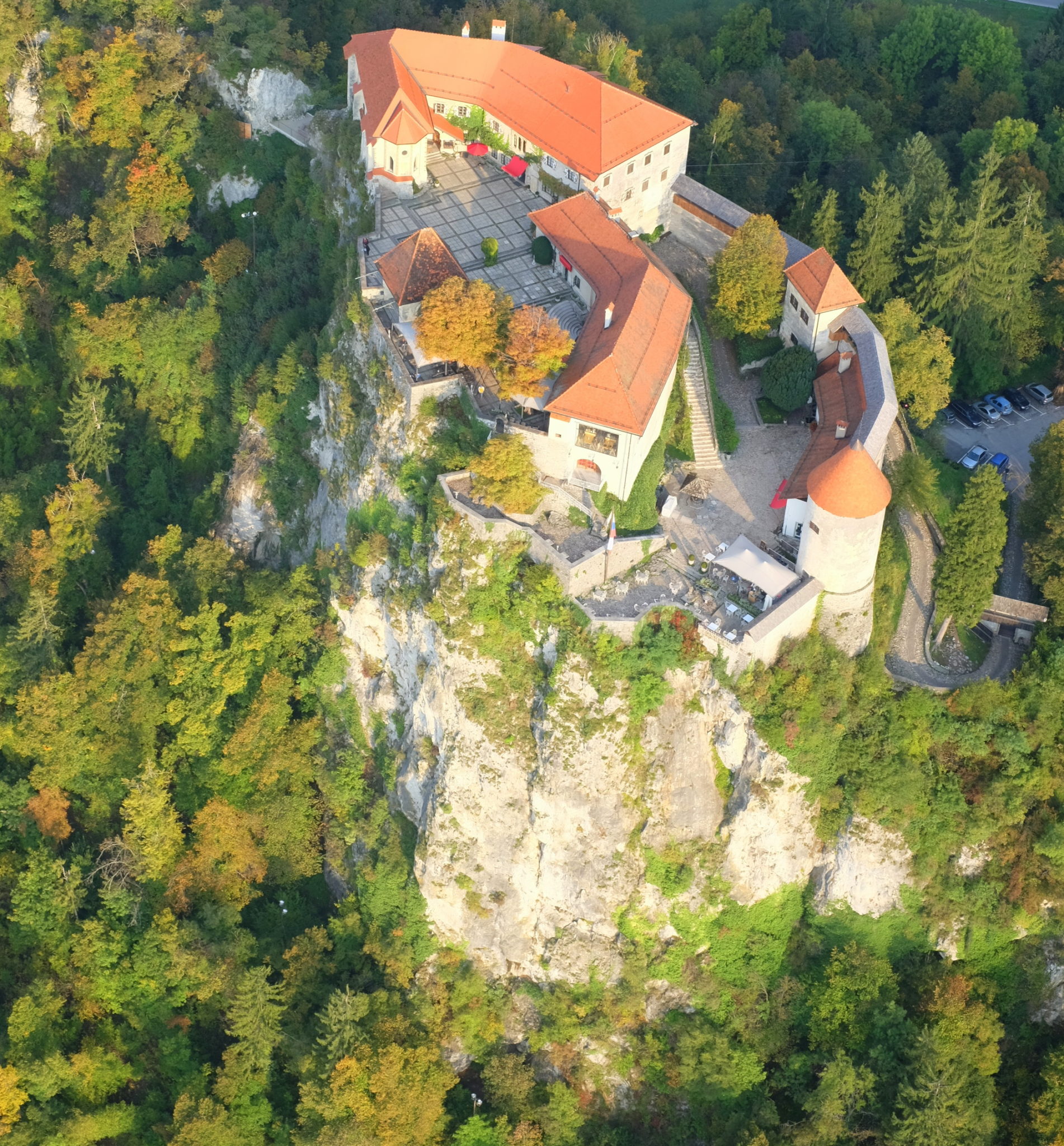 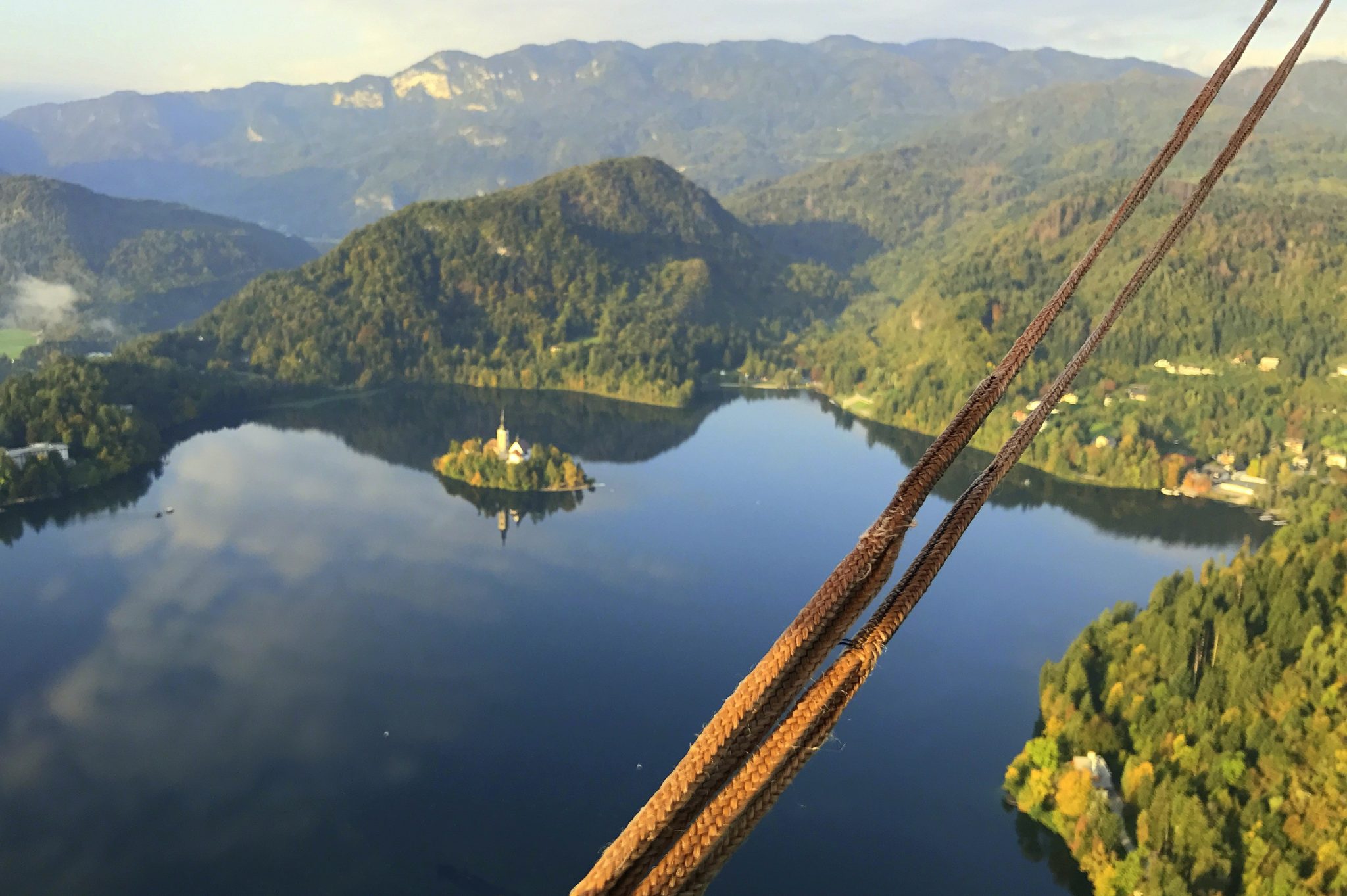 As we drove back to Ljubljana, our pilot explained to me the basics of the ballooning business, which might interest you as well. Here we go.
Is hot-air ballooning safe?
Ballooning accidents are very rare, particularly the fatal ones, and, supposedly, it’s much safer to fly a hot-air balloon than to drive a car, so I guess if you don’t mind hitting the road, you really shouldn’t mind flying a hot-air balloon. Ever since the big accident in 2012, when six people sadly lost their lives, ballooning in Slovenia has been regulated and controlled by much stricter rules and regulations. Despite current impeccable safety regulations and no accident recorded since, ballooning is unfortunately still perceived as risky by the locals, and commercial ballooning providers have consequently suffered a drastic drop in demand. If there used to be flocks of balloons up in the air, spotting one today is unfortunately a rare sight. 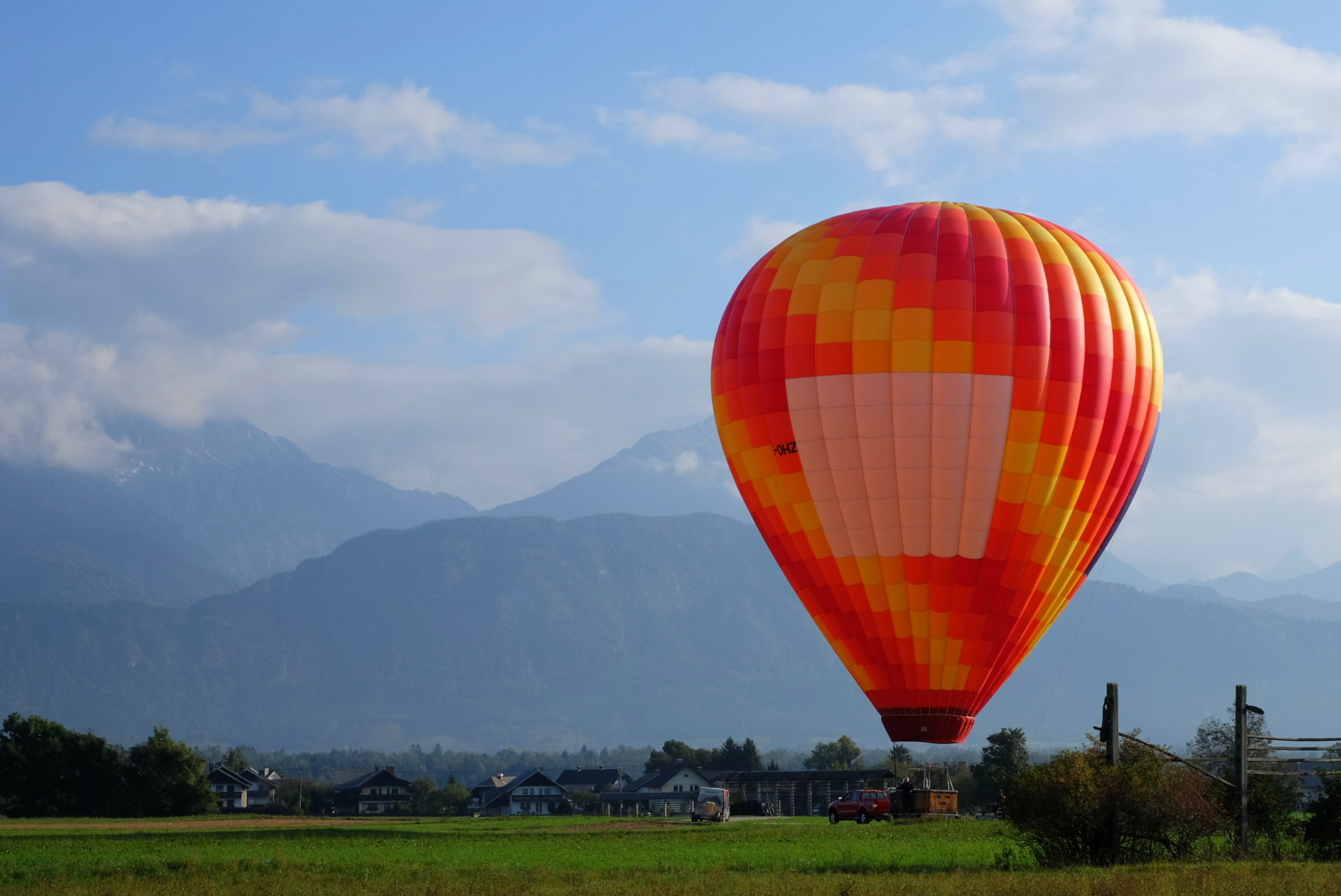 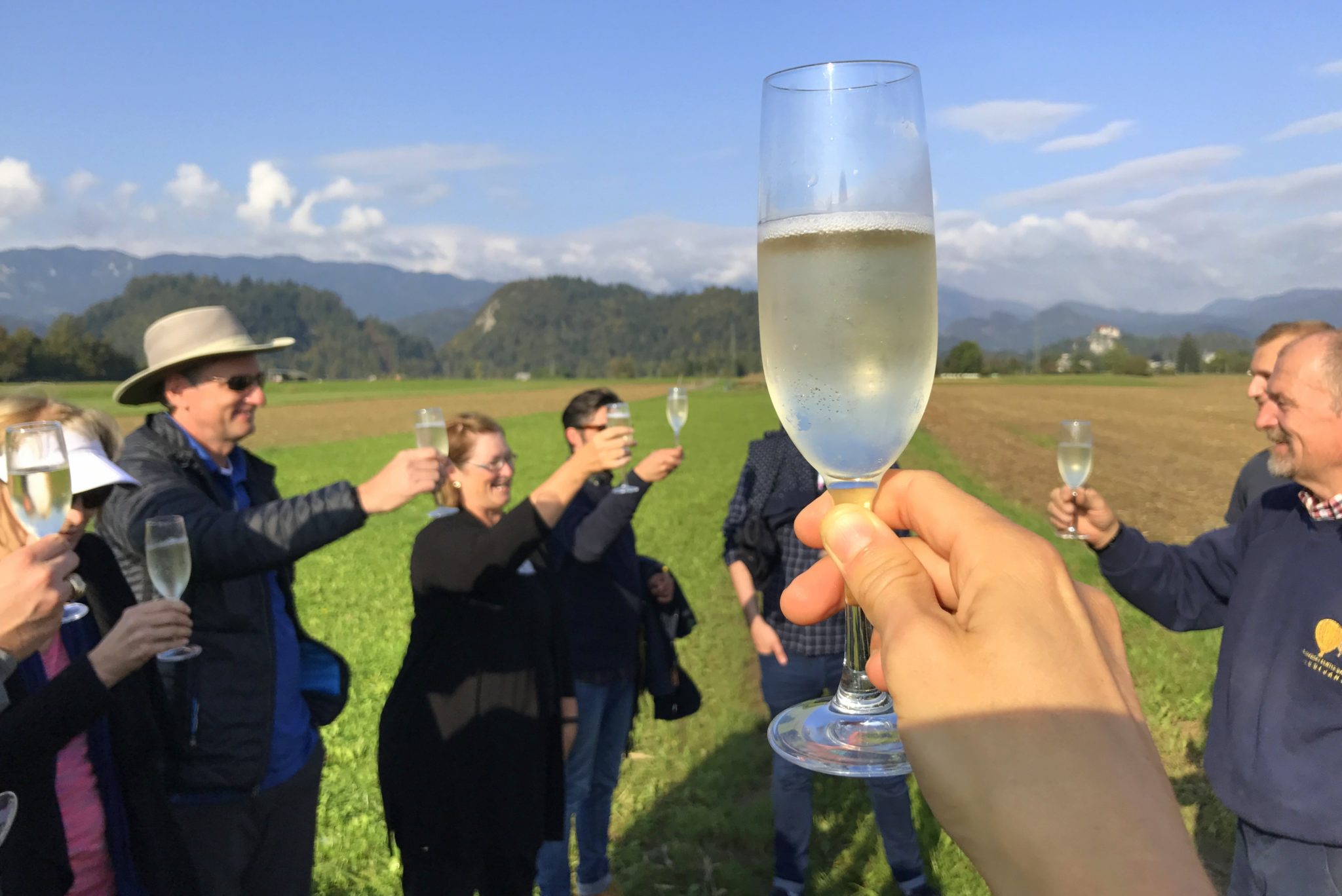 Ballooning service providers
Nowadays, only four organizations perform commercial hot-air balloon flights in Slovenia. With about two flights on a weekly basis and slightly more during summer, Balonarski Center Barje leads the show now; however, more importantly, they take security extremely seriously and do their job throughout professionally. Truthfully, if you want to fly with professionals, then opt for Balonarski Center Barje. I trust them 100% and would fly with them again without any hesitation. 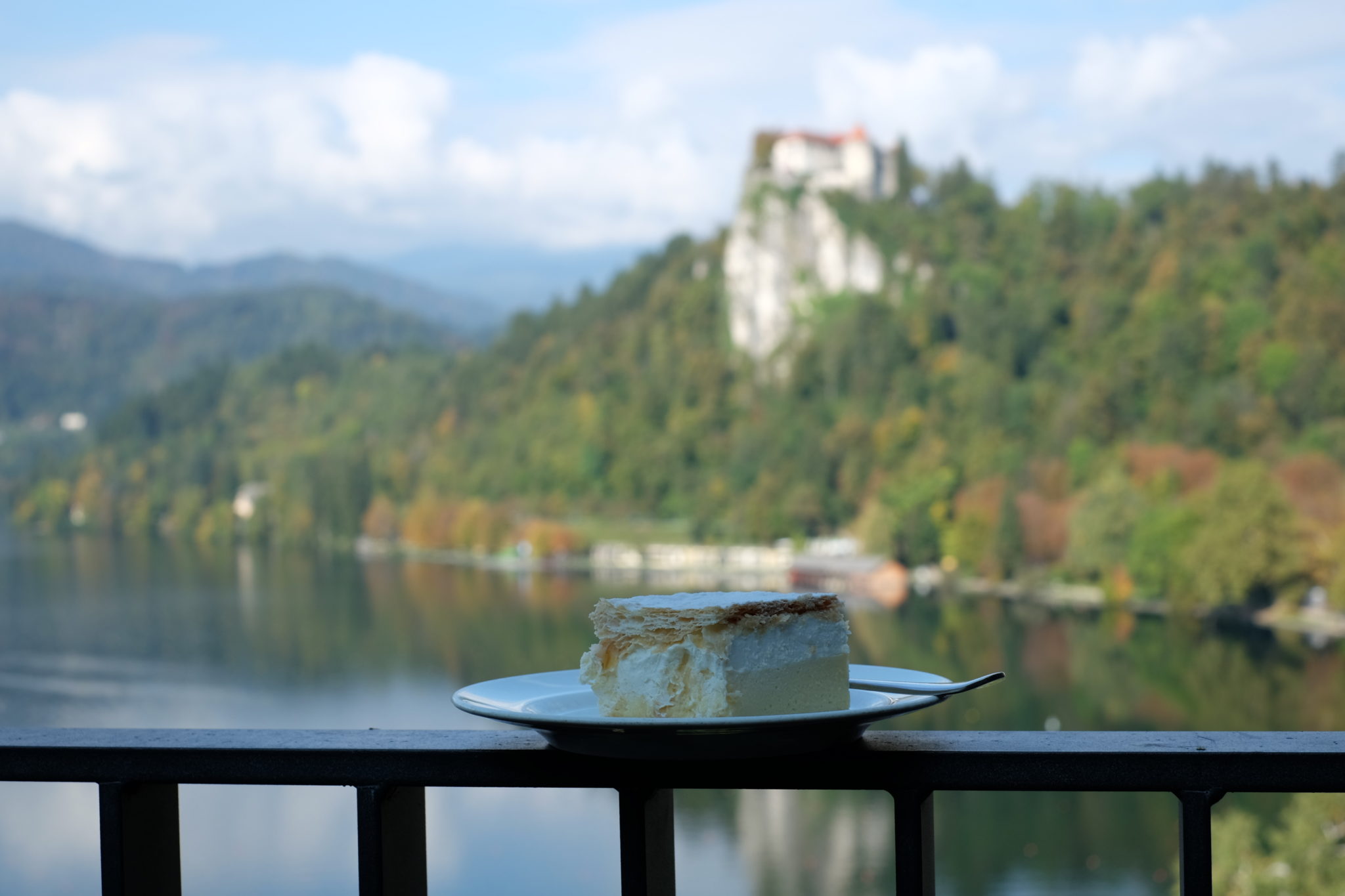 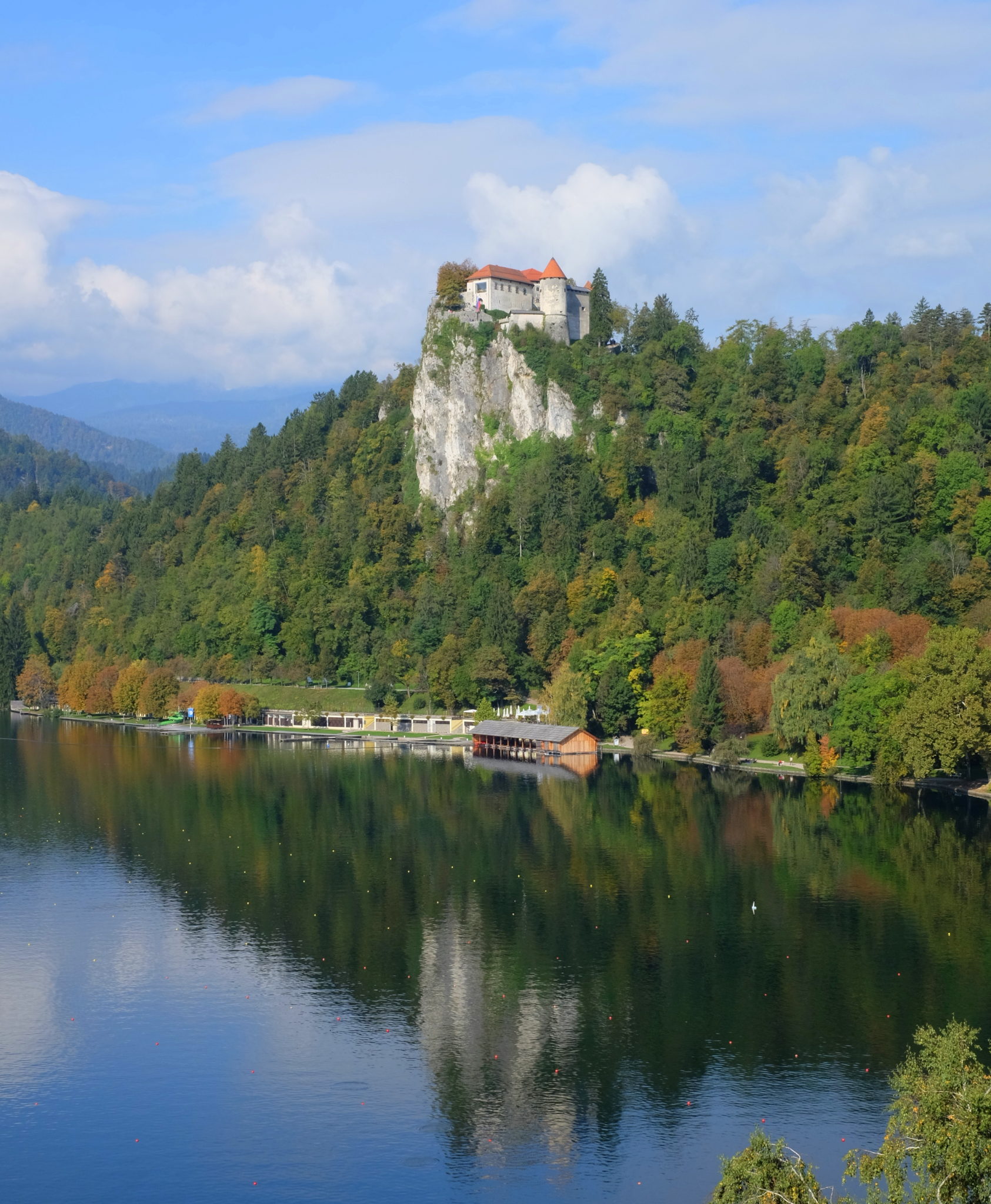 Fun facts
Did you know the world’s first passenger-carrying hot air balloon flew over France in 1783 and it carried a sheep, a duck and a chicken? Ballooning is actually the man’s oldest form of manned air transport. It works by heating up the air in order to expand, thus becoming less dense and more buoyant than the colder air surrounding it, and so the balloon begins to rise. This rising air produces a lift, and given enough heat, it eventually lifts the balloon off the ground. Can you control its direction? Although the balloon is really at the mercy of the wind, the pilot does have some control over direction by changing altitude as the wind blows in different directions at different altitudes. 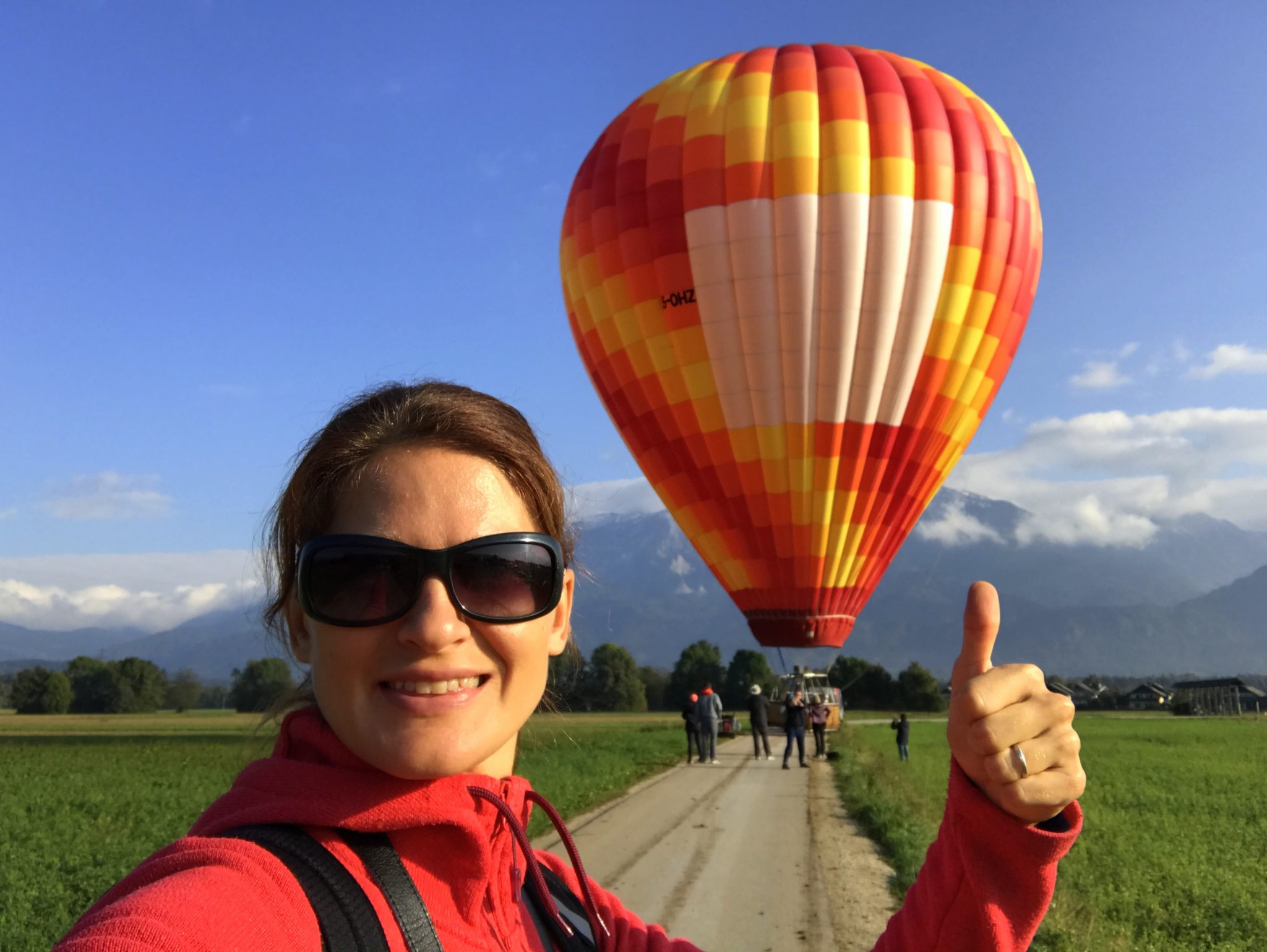 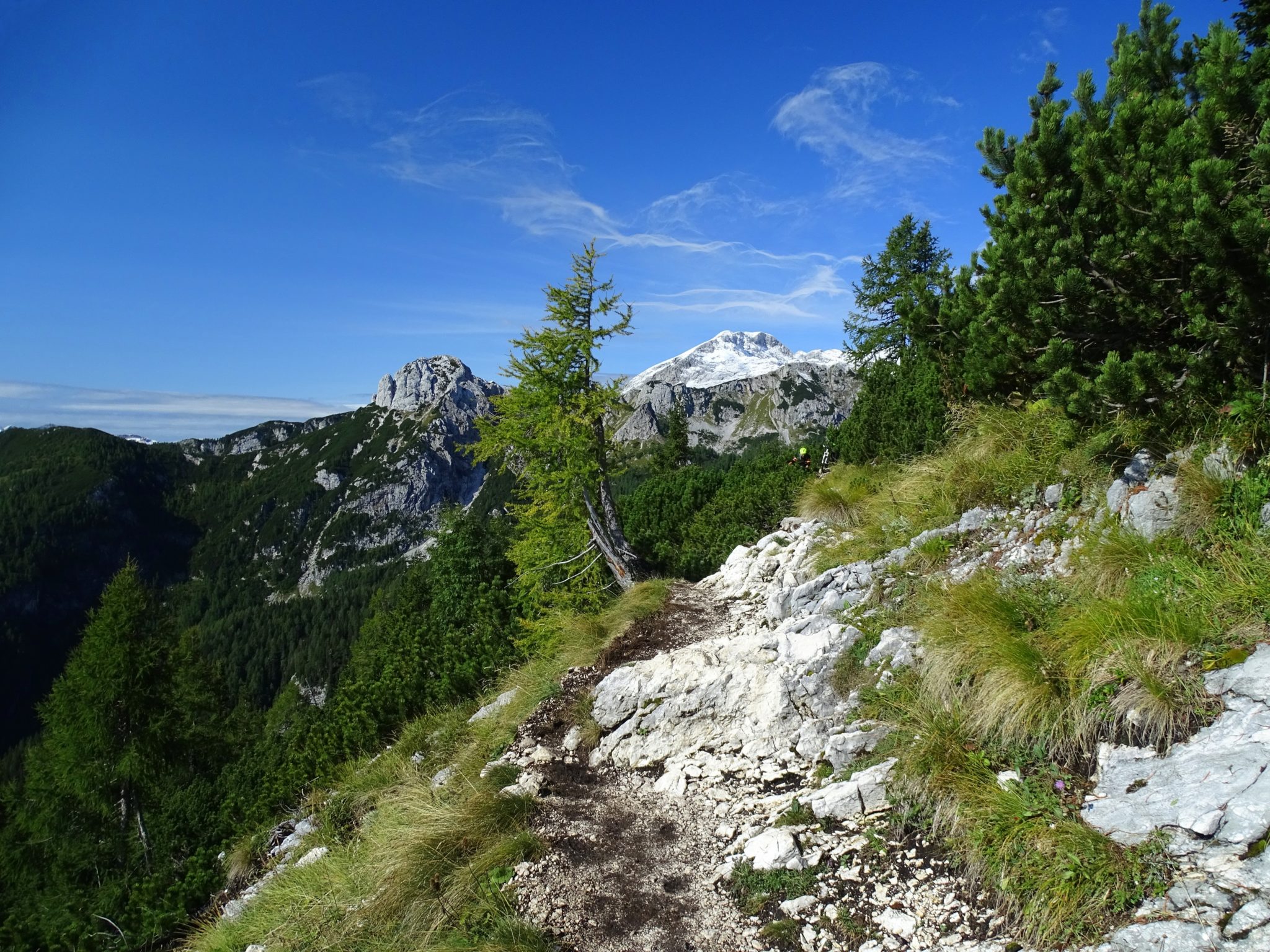 
Colors of the fall around Kranjska Gora: Trupejevo Poldne and Sleme 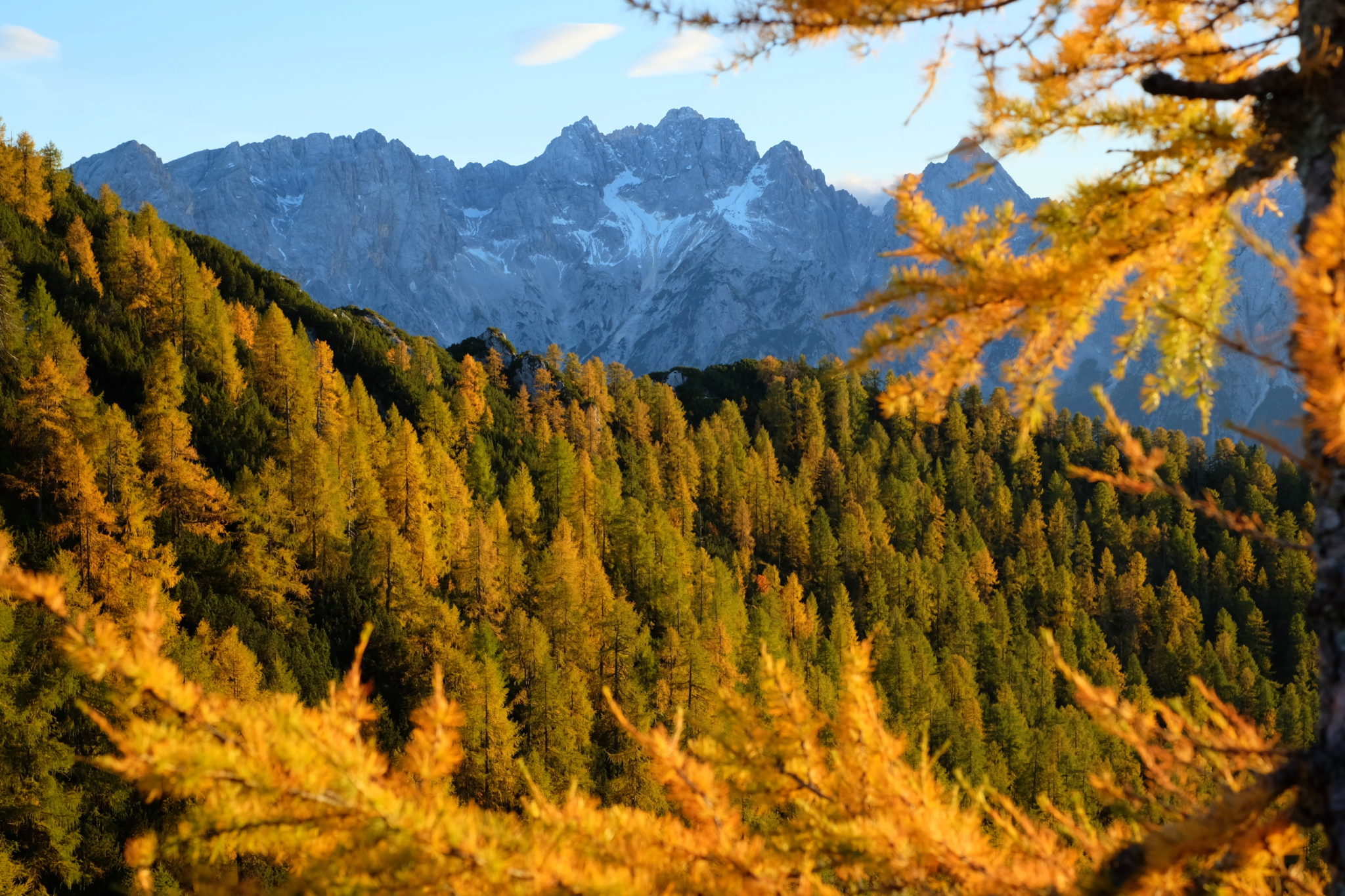