On the southern rim of the Kamnik-Savinja Alps, some thirty kilometers north of Slovenia’s boutique capital Ljubljana, lies a large Alpine plateau called Velika Planina. The place is known not only for its unique shepherds’ settlement, arguably the oldest in Europe that remains active to date, but also for organic milk goodies produced every summer. Locals and tourists alike visit it for its long hiking and biking trails, skiing and sledding in winter, good food and friendly people. Every spring, though, something extraordinary happens: as the snow finally melts sometime in April, little crowns of crocuses flood the whole plateau turning a good part of the landscape purple.

Arriving at Velika Planina
The thing is, Velika Planina is not only close to Ljubljana, where I live, but also easily accessible by either car or bus (Ljubljana – Kamnik, Kamnik – Kamniška Bistrica) , bike (see the Kamniška Bistrica trip), and cable car (on the road from Kamnik – Stahovica – Kamniška Bistrica). Of the many trails up to Velika Planina, I prefer these three: either the comfortable short cut by cable car, or the half an hour longer drive to Volovjek Pass, where my other two favorite trails start. The first one by a stone pit after a few-minute drive up a gravel road, and the second one a little further up the same gravel road at the Za Ušivcem parking lot.

Za Ušivcem Trail for sunrise
I’m willing to bet that most sunrise seekers on Velika Planina start their adventure from the Za Ušivcem trail. Marked for one hour, it’s the shortest trail up this time of the year (when all the snow on the road melts, the shortest will be from the Dol Plateau), yet it offers a nice round tour including Mala Planina for the way back.
Feeling adventurous this Monday, I explored the Za Ušivcem trail for the first time as part of my first sunrise hike to Velika Planina. To tell you the truth, it’s never a good idea to test new trails at night, but there I was at 4.50 am, heading out there in the complete dark and humming the rhythms of “in the middle of the night…” and “danger zone” to myself. I easily beat my own speed record over a barely visible path in the night through the forest, slowed the pace a bit on a nicely wide trail when out in the open, and finally switched to a more cheerful pace and rhythms by the first signs of the early dawn. Contrary to what you might think, I was actually having great fun. I’d describe it as a thrilling adventure to be alone on an unknown trail during the night and early dawn without really knowing what follows, only to see the first shapes and contours of the hilly landscape around you, and listen to the birds singing. Amazing! 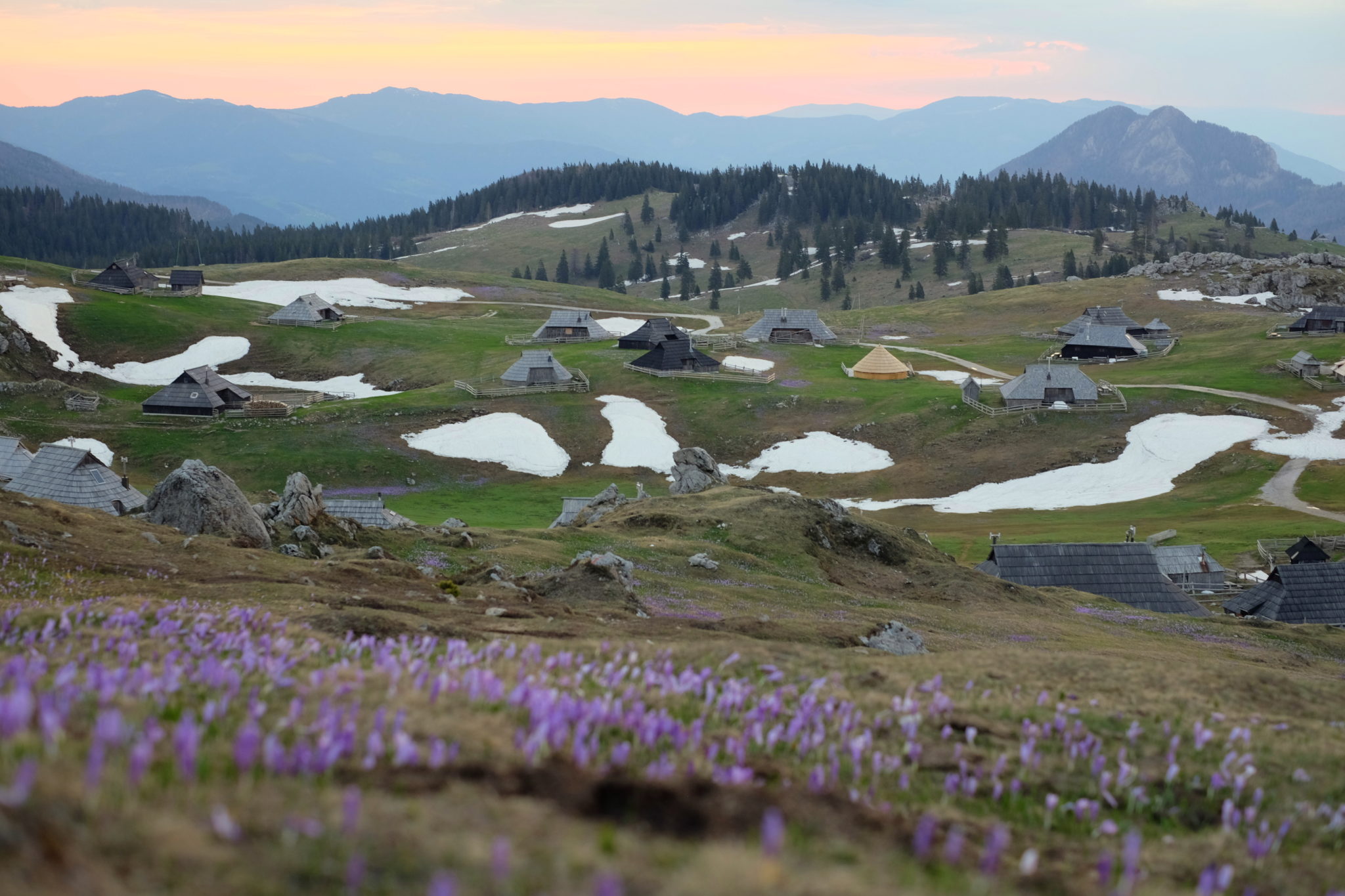 With some snow left on the trail and weak visibility, the direct way to Velika Planina in the early dawn turned out a bit confusing. At 5.50 a.m., after wandering off the otherwise straightforward trail a few times, I reached the wooden oval huts of the most enchanting little Alpine shepherds’ settlement in Slovenia. Even though many of the huts are now private accommodations or rented out to tourists, the whole settlement was still deep asleep for the colorful show of endless carpets of crocuses sparkling in bursting sunrise colors (if I stayed in one, I would definitely not be in bed for the sunrise?!?). Unfortunately, that lasted only for a few short minutes until the clouds ended my private little show.

Hey, did you know you could actually rent one of those beautiful little huts on Velika Planina? I haven’t tried it yet but I’m definitely putting that on my wish list for 2018! Here are my favorite Velika Planina huts (pets welcome, sauna, shower, terrace with a grill, free Wi-Fi!).

Anyway, have fun, explore the unknown, be adventurous, enjoy the thrills nature offers, and go to Velika Planina. Seriously, the flowers will not be there forever, so I suggest you hurry up! 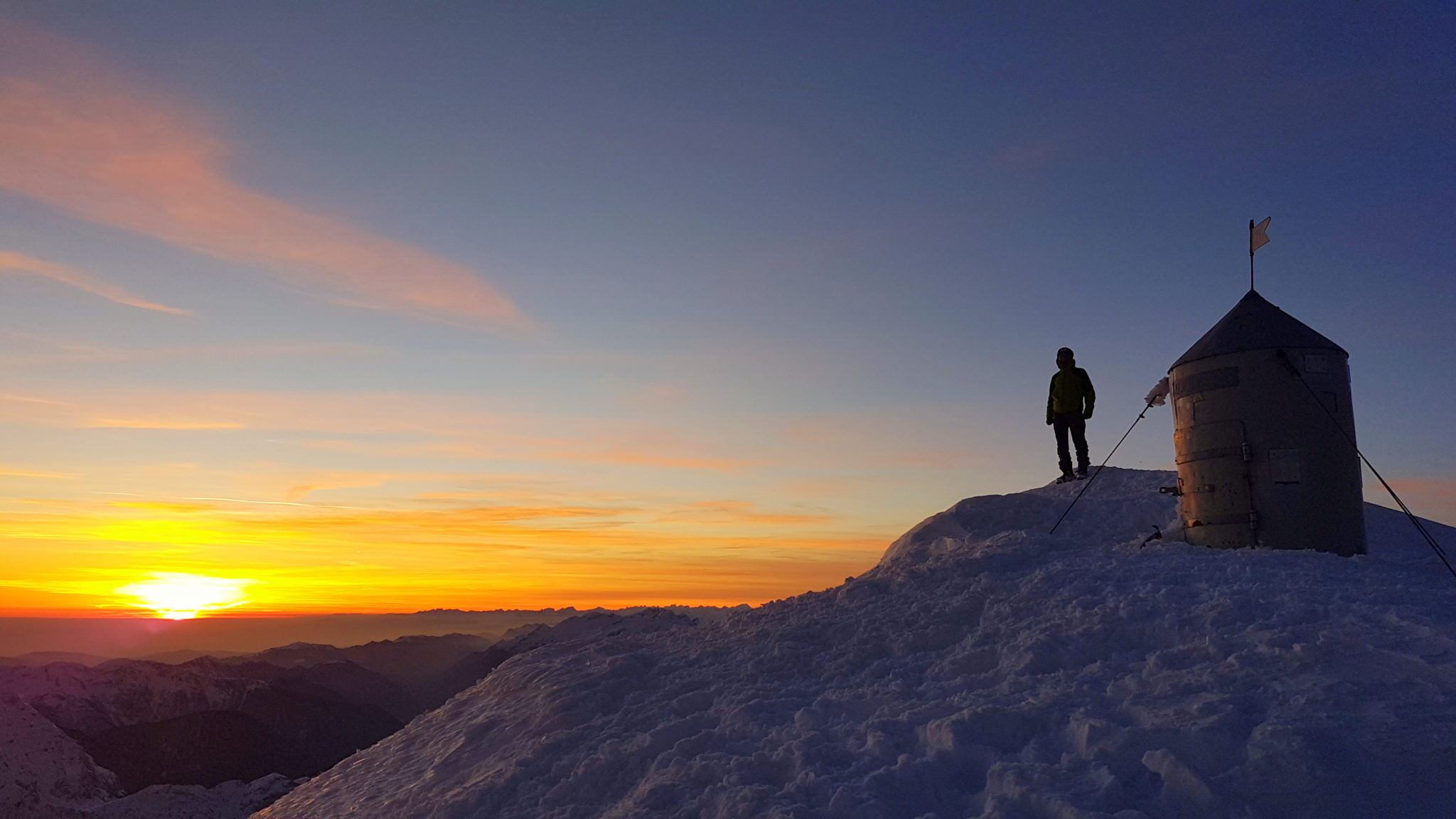 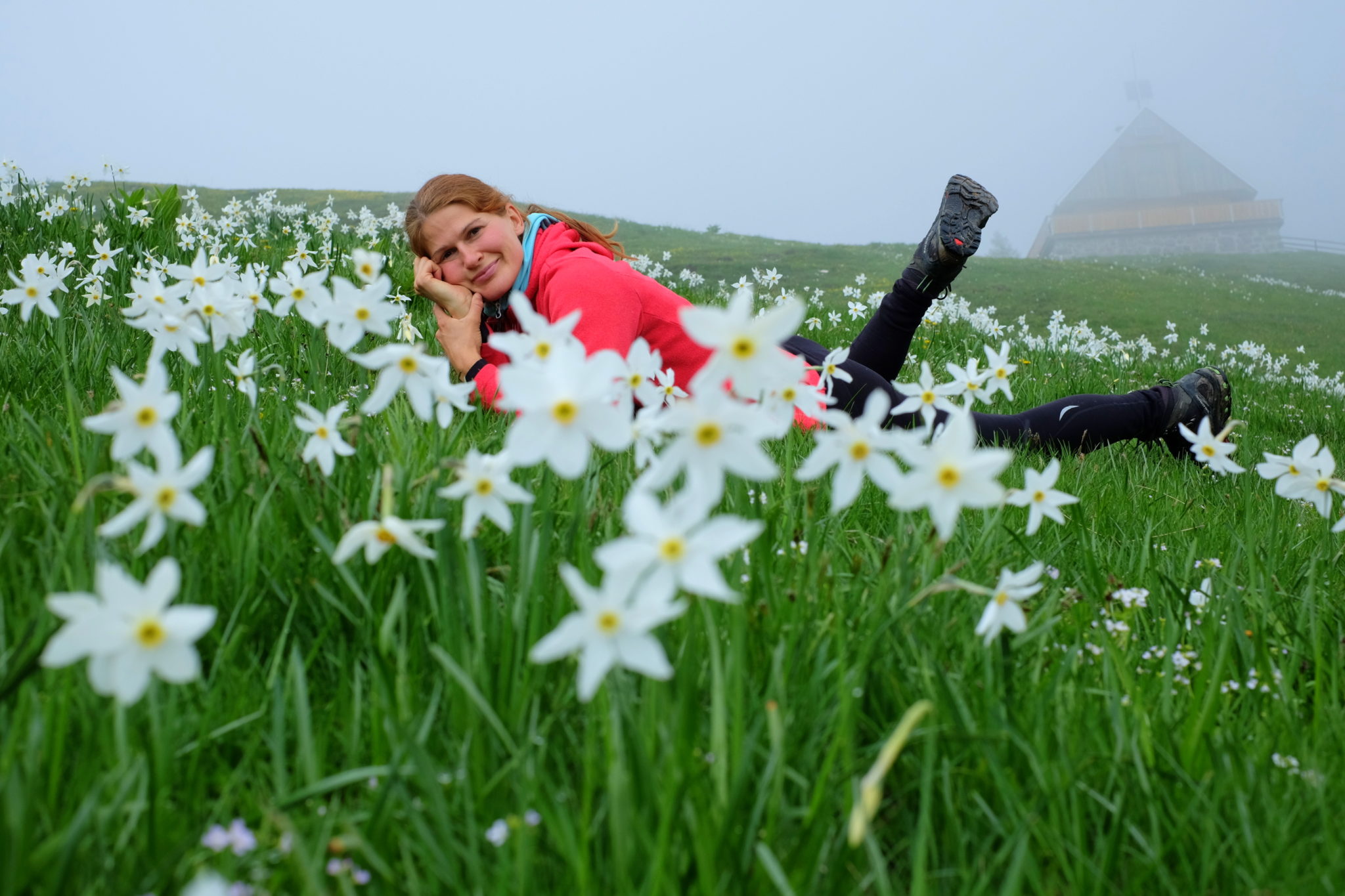