I’ve already written about what an amazing country this is, but despite all of its unique qualities, hands down my favorite part of Slovenia is the spectacular mountainous area of the Triglav National Park, the largest protected area in Slovenia covering 838 square kilometers, which encompasses Mt. Triglav and most of the 400 2K+ peaks found in the country. To be honest, the setting with pristine lakes, small streams and towering mountains couldn’t be more beautiful, inspiring or just plain divine. Why would you not hike there?

Check our next tour to the Triglav Lakes

Not having shed its winter coat entirely yet, the trails that wind through the park were still left with patches of deep and wet snow. If you add possible thunderstorms on top of that, which have become a standard over the past few weeks, carefulness and not hiking alone are the rule of thumb at the moment.

Last week, however, I had Ted and his dog Scout visiting, both very nice company who love the mountains, so I decided to give the breathtaking Triglav Lakes a try. After a long series of rainy days, we opted for the first day without a bad weather forecast, and as the day eventually developed, we had periods of warm sun but thunderstorms as well!

We started our hike from the Savica Waterfall parking lot, and enjoyed a nice hike across the steep Komarča Wall, where we listened to the gushing Savica Waterfall not far away, and passed by countless wild torrents and falls due to the abundance of water. After about an hour we entered the beautiful world of the Triglav Lakes Valley, a breathtaking valley of seven lakes which extends eight kilometers from 1,294 m elevation above Lake Bohinj to the elevation of 1,933 m, where we can find the highest lying lake not too far from Mt. Triglav itself.

Our goal for the day, however, was not to hike all the way to the first lake (or the last?), since the landscape there was still hidden under a thick blanket of snow, but to the Black Lake (Slo. Črno jezero), the seventh of the Triglav Lakes, and to the Double Lake (Slo. Dvojno jezero), the fifth and sixth of the Lakes. Afterwards, we were headed towards the Komna Hut for lunch, and then back down to the valley. Altogether a day-long adventure.

If the trail to the Black Lake was completely bare of snow, continuing towards the Double Lake left us slipping into knee-deep snow in some spots. Not too dramatic though, so we arrived there about two hours later. Yet at 1,685 meters, where the Double Lake Hut is located, was the point where the landscape changed drastically; if we had continued hiking further up to see the other Triglav Lakes, we would’ve been walking in deep wet snow and possibly ice further up.

Knowing that the hike from the Double Lake to the Komna Hut would take two hours and the afternoon clouds had already started to build up, we didn’t dally much at the lakes, but had a quick snack and rushed in the direction of Komna right after. We arrived there just in time for the last sunshine before a big thunderstorm with hail rolled in from Bohinj.

Both Ted and I had a plate of tasty barley soup and shared a yummy apple štrudelj together, then played a few games of Uno cards, waiting for the storm to pass. On the other hand, a young family from the UK with a baby in a carrier on their back headed out directly into a hail storm!

After the worst passed, we started to walk back down to the valley still in light drizzling rain with our hoods pulled over. The rain eased off soon giving way to sunshine, while the nature demonstrated how incredibly wonderful a forest can become right after a good downpour. The otherwise small streams gushed by with extreme force, layers of fog still lingered in the air, and the water was rushing down steep walls around us in sprinkling falls. And the young family? We passed them on the way down; completely wet but still with a smile on their faces. That’s the attitude we adore, right?! 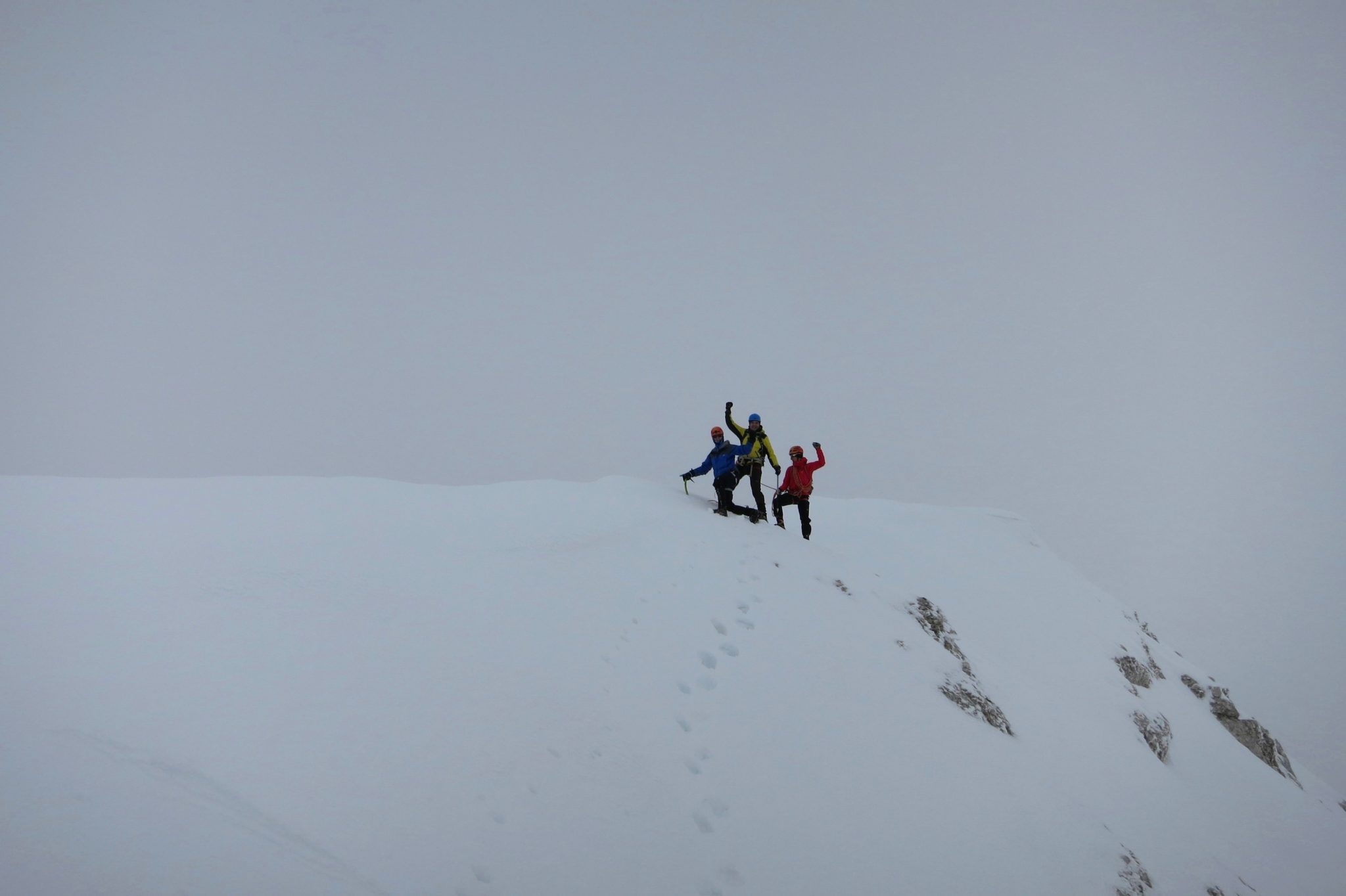 
The most scenic tour to Triglav 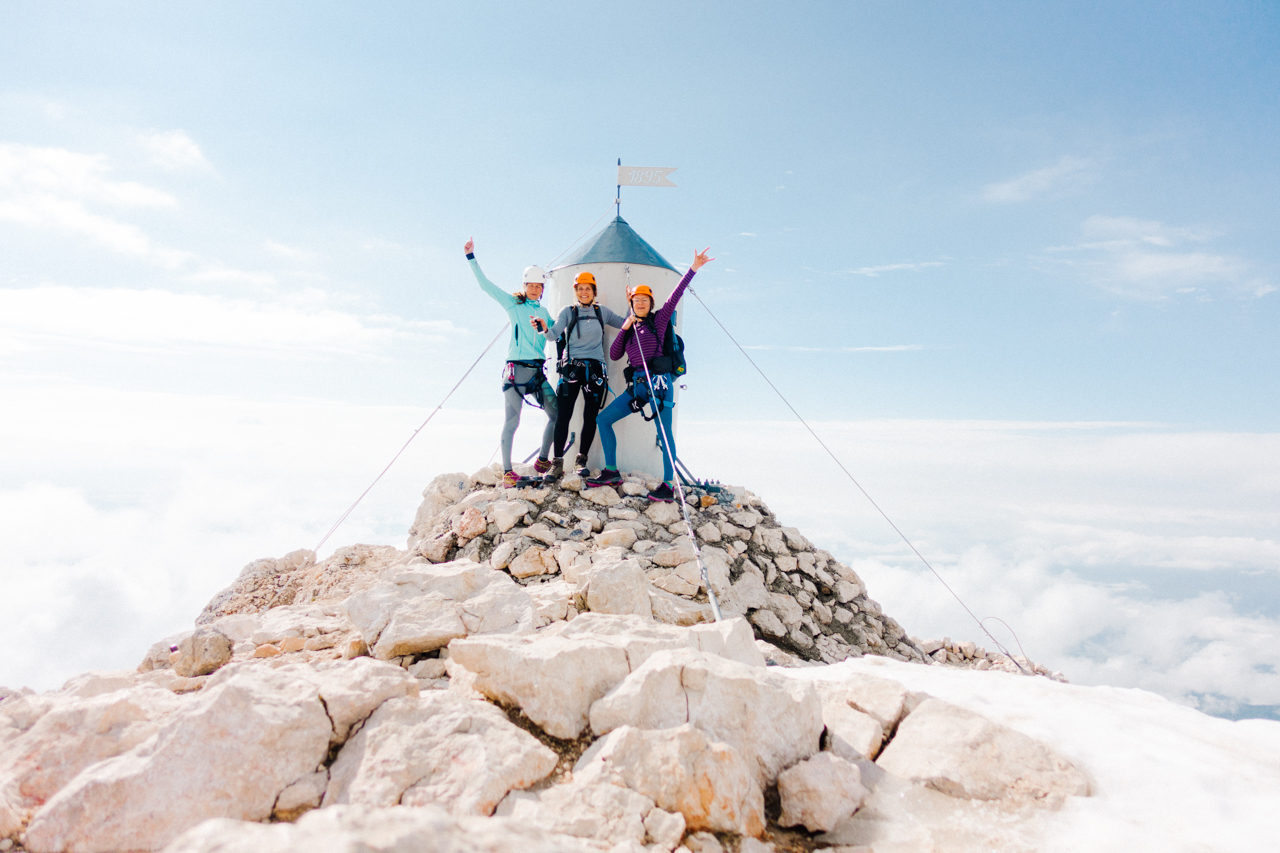