As the sun sparkles over the emerald green Soča River, which winds from its source at 990 meters above Trenta all the way to the Adriatic Sea at Italy’s Trieste, the surrounding hills and mountains call for an adventure. There are endless options in the area and it would be wrong to think that one could only get a kick out of the river. While the Soča truly is spectacular and deserves the attention, the Soča Valley is just so much more; it’s interwoven with various hiking trails that bring us either high up into the Alpine world, or to hidden waterfalls, meadows with wooden houses out of a fairy tale, gorgeous lakes, and even mysterious remains of the WWI.

Read also: Where to hike around the Soča Valley in amazing Western Slovenia

You’d be surprised to know how numerous waterfalls in the Soča Valley really are! While we usually visit three well recognized falls in the Kobarid – Bovec area (Kozjak, Boka, and Virje falls) on our From Bohinj to Soča Valley Trek, there are many others that, regardless of the hype of the valley, remain little known. In a small area of a couple of square kilometers just ten minutes out of Kobarid I found as many as five waterfalls by looking at a map, and of those five waterfalls three were accessible on a pretty raw and exposed trail, while the other two were off the trail and one could probably reach them with the rope. The trail to the accessible three falls is not for the faint-hearted either as in some spots you have to pull yourself up a rope to climb over rocks. However, those who are brave enough to reach them will soak up a true spectacle of nature – and not just once but as many as three times on just one hike!

Read also:
Three spots to see blooms in early spring
Twelve mountains adventures in Slovenia you will likely fall in love with
Wandering about the mountains above Lake Bohinj

Church of the Holy Spirit in Javorca

The church of the Holy Spirit in Javorca lies at the foothills of the Bohinj mountains above Tolmin, and is a unique piece of Art Nouveau awarded a special recognition by the European Commission – the European Heritage Label. This memorial church was built by Austro-Hungarian soldiers and celebrates the fallen defenders of the Isonzo Front battlefield, a series of 12 battles along the Soča River between 1915 and 1917 that demanded as many as 1.2 million casualties. The bloody history aside, the church’s simple but beautiful construction mostly of wood and stones, set against high cliffy mountains, calls for a relaxing half-day hike in the forests along the Tolminka River to finish with a picnic at the sunny church.

An hour along the Tolminka Valley further on from Javorca you’ll reach a flat meadow with a cabin, pond and a small stream. That’s where the Tolminka rises and later turns into a gorgeous river that flows through one of the most beautiful gorges I’ve ever seen, the Tolmin Gorge. The spring per se is a stunning place to finish your hike, however, if you’re like me and can only achieve the zen state by sweating excessively and racing your heartbeat, you’ll be excited to find many trails that continue towards the surrounding mountains. One of them goes to the Lašca meadow.

This gorgeous Alpine meadow is nestled among high peaks of the Julian Alps above the Tolminka Valley and has been active till today. In fact, the cows had left the meadow about a week before I hiked there in mid October and were moved back down to the warmer valley for the winter months. According to a local who I happened to have met on the hike, the modest huts in the Lašca Meadow were built by feisty and strong locals many years ago – among them also his grandfather, who had to carry all the materials almost 1,000 meters up on their backs. When I was there, however, the meadow was completely empty without a single soul nearby and it did look a bit sad wrapped in a cloudy veil as if just waiting for a happier grazing season next June.

This deep blue lake lies underneath a long rocky massif that connects Mt. Krn, 2,244 m, on the far left (west) and Mt. Peski, 2,035 m, on the right (east). It’s actually one of the three Krn Lakes, of which the most significant one, Krn Lake, is also the biggest Alpine lake in Slovenia. Lake at Lužnica, on the other hand, is located on the opposite side of the massif at 1,801 m, and is one of the best kept secrets around here. Similar to Mt. Krn, Mt. Batognica, and other places along the Battles of the Isonzo (Slo. Soška fronta), considered as one of the First World War’s most brutal campaigns, this lake too holds remains of the combats. You’ll see a well kept unexploded missile exhibited at the lake, while also many small parts of exploded missiles mixed well into the scree above it.

Read also: A glimpse of WWI on a stunning traverse from Bohinj to the Soča

Mt. Red Edge or Rdeči Rob in Slovenian could be just another fairly high peak at its 1,913 m if it wasn’t completely red. Its geological composition is apparently based on Cretaceous and marly limestone, making it stick out of the range with its vivid colors. Take it as an interesting addition to your hike to the Lake at Lužnica but be prepared for a few more technical bits on the trail with some easy climbing. 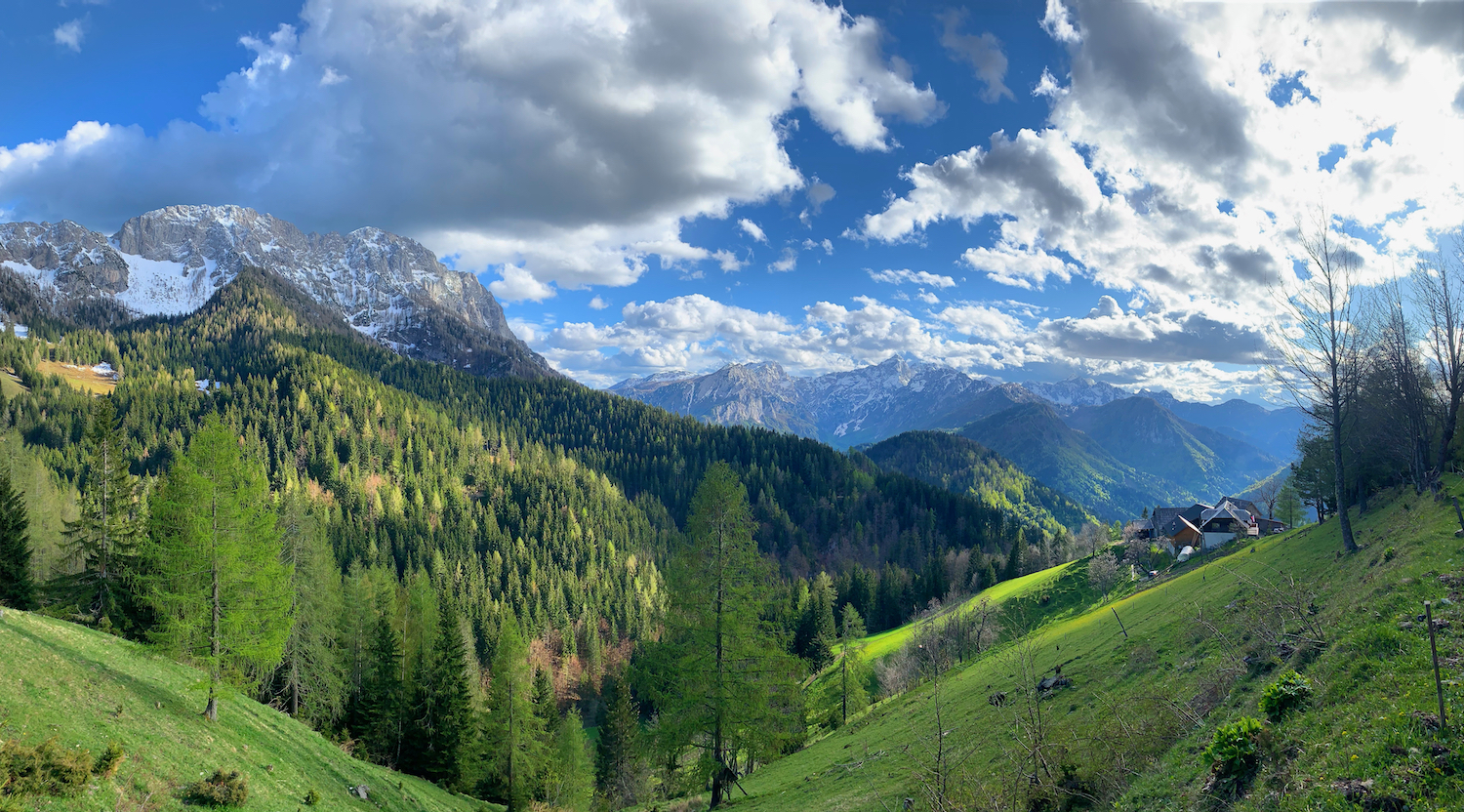 
Exploring Slovenia in 2021 in pictures 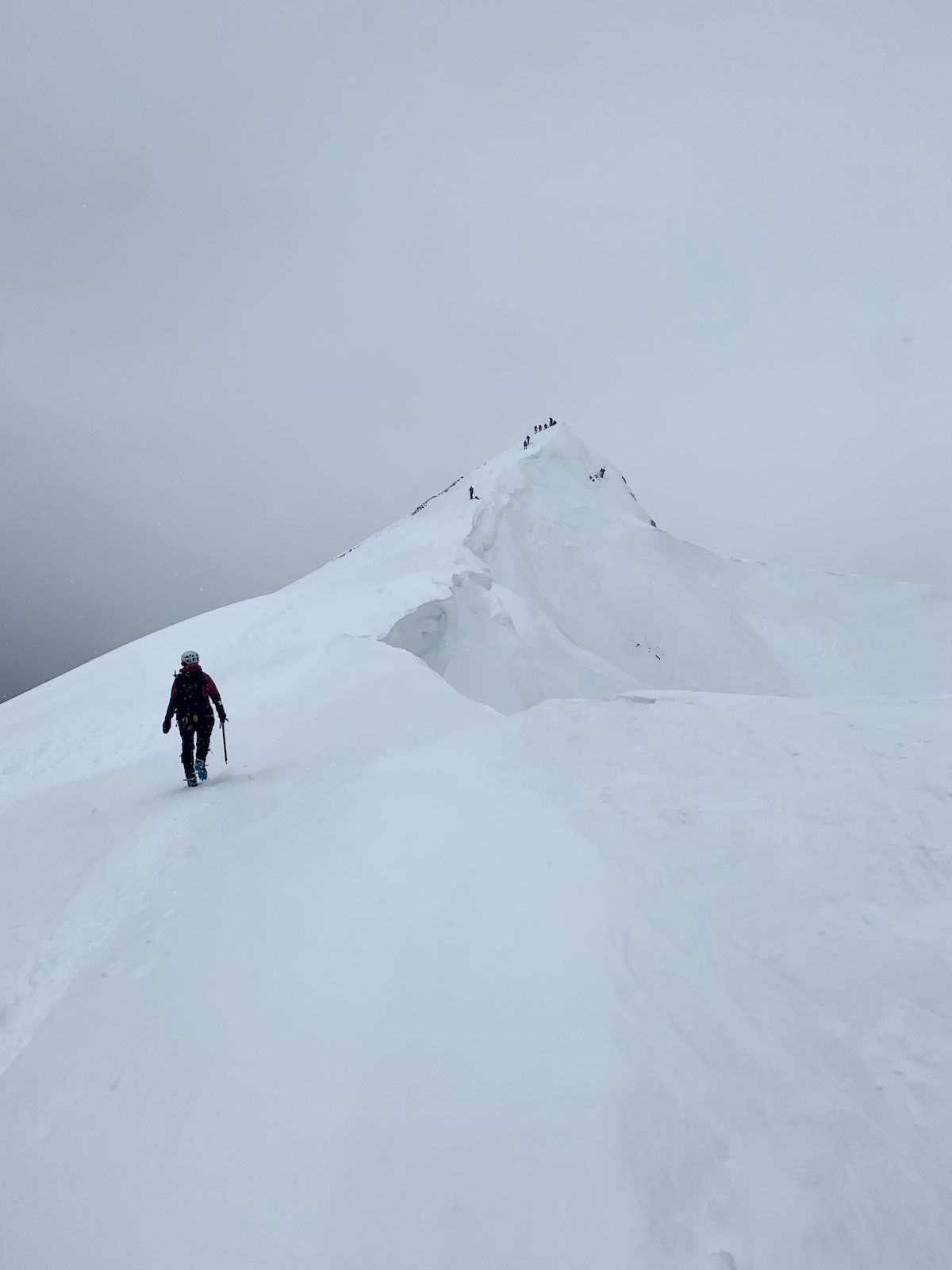